Toyota Vellfire Luxury MPV spotted; is It coming to India?

The Vellfire will employ a petrol-hybrid engine with a CVT and 4WD.

Toyota recently showcased the Vellfire, a luxury MPV, to a private audience in India. Details of the event were not shared with the media. However, a good Samaritan has shared a few pictures from the event on the internet.

The Japanese carmaker had previously given no indication that it will be bringing the Vellfire to India, but the pictures have got us intrigued about Toyota’s future plans for India. What is interesting to note is that one of the images doing the rounds on the internet is that of a brochure, meaning that Toyota could be showcasing the Vellfire to certain clients here.

This is a plausible idea as if Toyota decided to bring the Vellfire to India, it would definitely do so through the CBU route and in limited numbers. This will also help the carmakerskip the homologation process as manufacturers are now allowed to sell up to 2,500 units a year in the country without having to get the vehicle homologated. 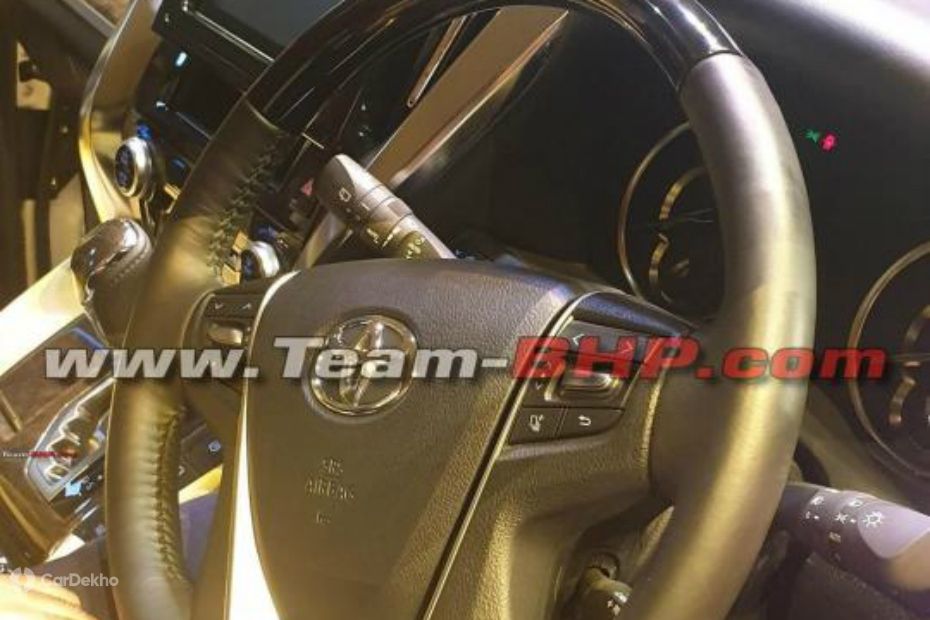 The Vellfire is 4930mm long. To put that in context, the Innova Crysta is 4735mm long while the Fortuner is 4795mm long. The Vellfire’s main competition, the regular V-Class, is 5140mm long. The long wheelbase version of the V-Class is 5370mm long.

The Vellfire is expected to come with a 2.5-litre petrol-hybrid engine that produces 180PS/235Nm. This engine is also present in the Camry. There  transmission will be a CVT on offer and all four wheels will be driven. 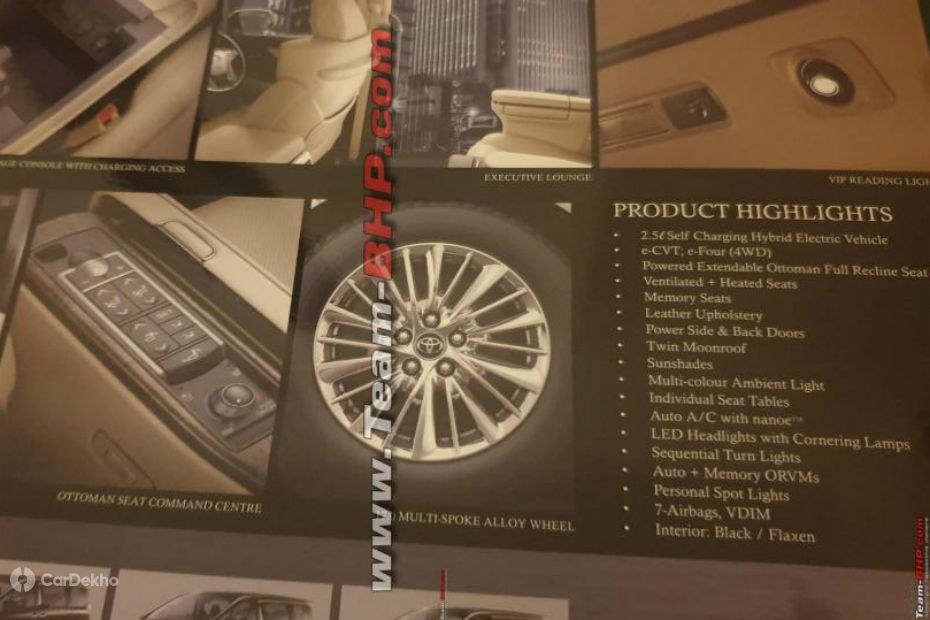 If the Vellfire comes to India, expect Toyota to charge a premium for it. We expect a price tag in the Rs 80 lakh region, which will put it up squarely against the Mercedes-Benz V-Class.