The Datsun Redi Go is based on the same CMF-A platform as the  Renault Kwid. They also share the same powertrains and can be called twins, like the Terrano-Duster or Sunny-Scala. However, what's missing from the redi-GO is the 1.0-litre engine option offered with the Kwid. And Datsun is likely to introduce the same in the redi-Go soon.

Yes, Datsun is reportedly going to launch redi-GO with the 1.0-litre engine that you see on the Kwid very soon. Under the Kwid’s hood, the 3-cylinder petrol engine produces 68PS of maximum power and 91Nm of peak torque at 4250rpm. The Redi Go should get this engine in the same state of tune as the Kwid. Both the cars deliver identical output in the case of the smaller engine as well. 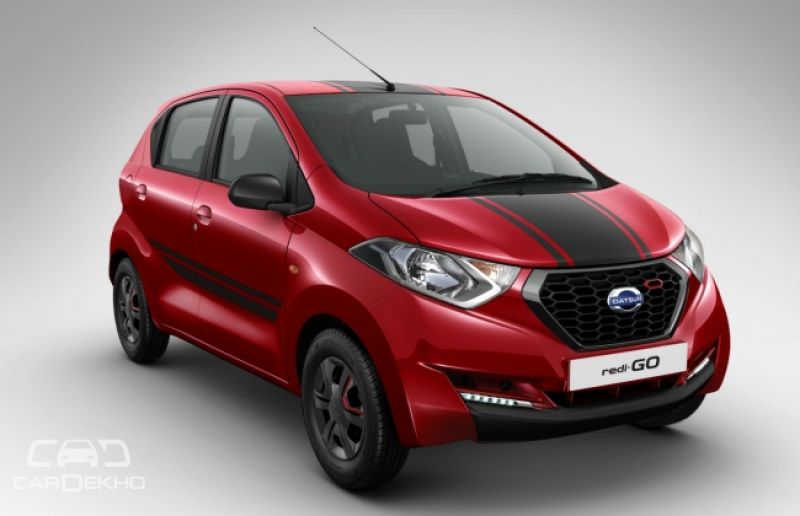 The Kwid 1.0 costs around Rs 22,000 to Rs 25,000 more than similarly equipped variants with the 0.8-litre engine. Datsun might also set a similar price differential between the 0.8-litre and 1.0-litre engine versions of the redi-GO.

Presently, the Redi Go retails at Rs 2.41 lakh for the least equipped D variant in New Delhi. However, like in the Kwid, the base variant of the redi-GO might not be available with the more powerful engine. The A, T and T(O) variants of the redi-GO cost Rs 2.86 lakh, Rs 3.14 lakh and Rs 3.26 lakh (all prices ex-showroom Delhi), respectively. We can, therefore, expect the redi-GO 1.0 to cost somewhere in the Rs 3.10 lakh to Rs 3.50 lakh price bracket.

The Redi Go is available in two more variants – S and Sport – priced at Rs 3.41 and Rs 3.65 lakh (ex-showroom Delhi), respectively. It remains to be seen whether Datsun will offer the bigger engine in these variants as well. Rumours are rife that the redi-GO 1.0 may arrive by next month (July) and the 1.0 AMT before the end of the year. We have our fingers crossed!

Rupee slumps 26 paise to close at 73.87 against US dollar