The image only lists the two diesel engines, with the smaller one being the 2.4-litre turbocharged unit.

With the Toyota Innova Crysta’s upcoming launch, an image of its engine specifications has surfaced online and it includes the 2.8-litre diesel mill in the line-up. There were several speculations regarding the Indian introduction of its 174PS, 2.4-litre variant, but this reveal nearly confirms it. 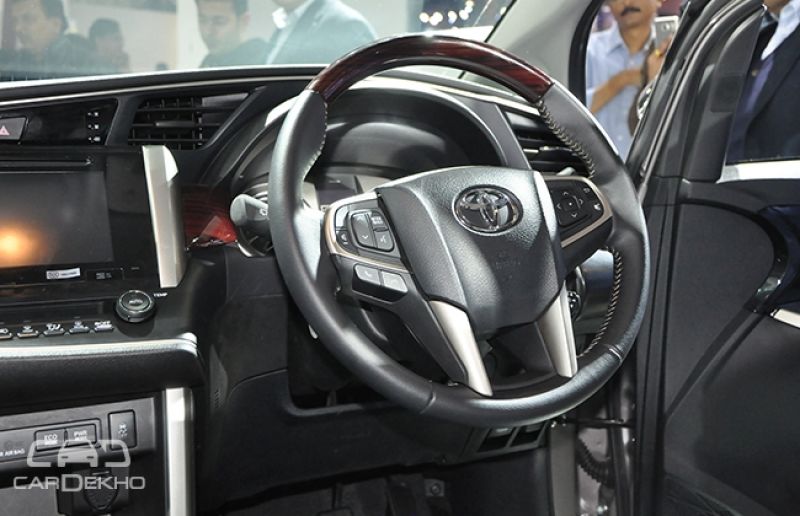 The image only lists the two diesel engines, with the smaller one being the 2.4-litre turbocharged unit. There is a tab on the top right corner for the petrol variant, which hints towards the arrival of a petrol trim for the MPV. According to the image, the Crysta in its diesel avatar will come in three trims -- GX, VX and ZX. There is also an option for the 6-speed automatic transmission with the 2.8-litre variant. Other trims will most likely come mated to a 5-speed manual transmission. 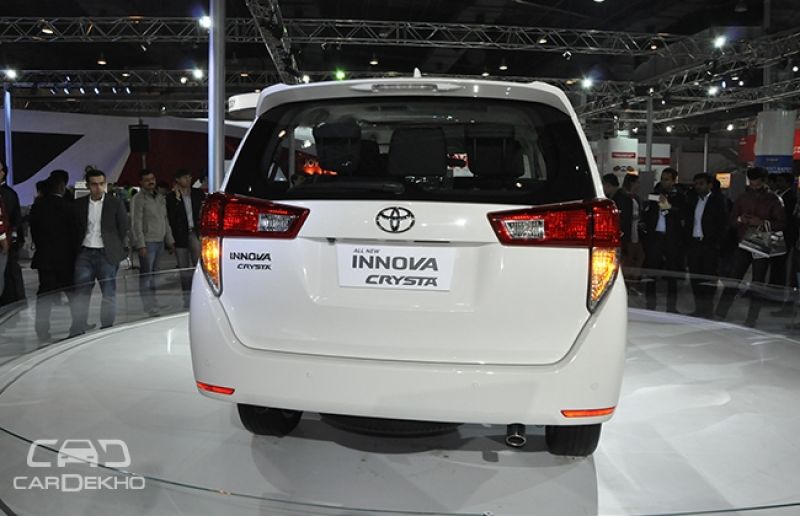 The Crysta is longer than the present-generation Innova and looks far more advanced. The front features sharper lines. The headlamp clusters have also been redesigned to look sleeker, and align themselves with the all-new two-slat chrome grille. Inside, the Innova is feature packed and meets the standard of cars above its segment. The layout features wood finishes and a 7-inch touchscreen infotainment system with navigation. The steering wheel is beautifully designed and looks plush. All in all, the Crysta looks far more premium and of the new age. 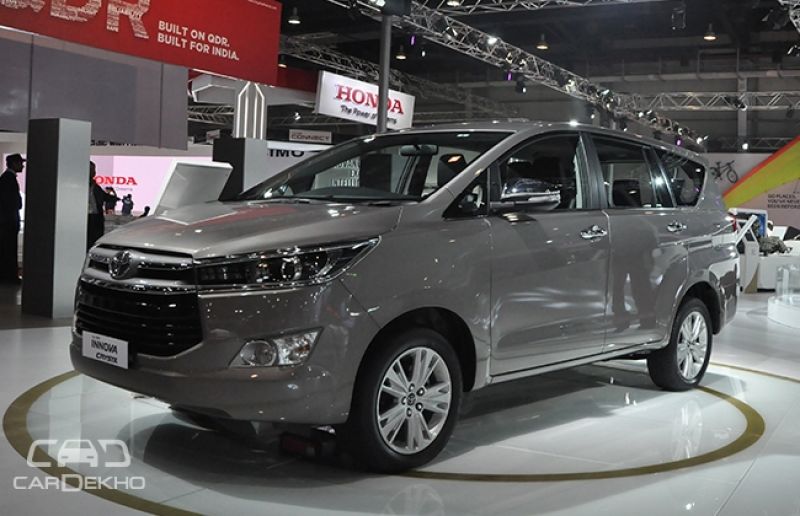 Speaking about the cost, the Toyota Innova will sit slightly higher than the ongoing model. The Crysta is expected to start from INR 14 lakhs and, when launched, the top-end 2.8-litre variant might even cross the INR 20 lakhs mark. That’s a lot of money for an urban MPV, but with the features on offer and the premium feel of the product, the car just might be worth that money. Production of the current-generation model has also been put on hold to make way for the Crysta.

We will soon get our hands on the Crysta and will bring out a detailed road test for you. Till then, read the comparison of this MPV with Tata’s upcoming crossover, the Hexa. Stay tuned for further updates on the Innova Crysta and know more about the MPV here.