What to expect from the upcoming 2017 Hyundai Verna

Let us take a look at what we expect out the 2017 Hyundai Verna.

While Hyundai has already launched the third-generation Verna in Russia, North America and China, their Indian arm has been teasing it for our market for quite some time now. The new Verna is likely to be launched in August and some dealers have even started accepting bookings unofficially. Here’s what you can expect from the third-generation Verna. 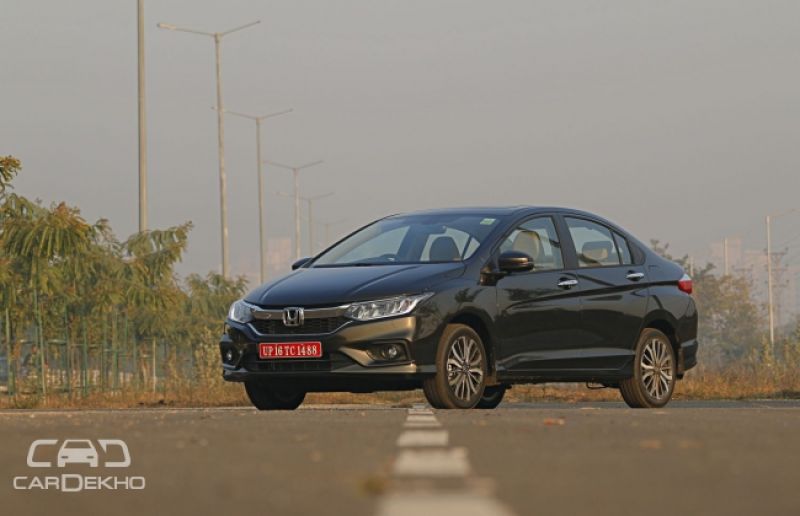 The all-new Verna will pick up from where the outgoing model left a long time ago in a segment that has been dominated by the Honda City and Maruti Suzuki Ciaz. Only time will tell whether or not the new-gen model will be able to take the lead like the previous model did when it was introduced. Meanwhile, let us take a look at what we expect out the 2017 Hyundai Verna. 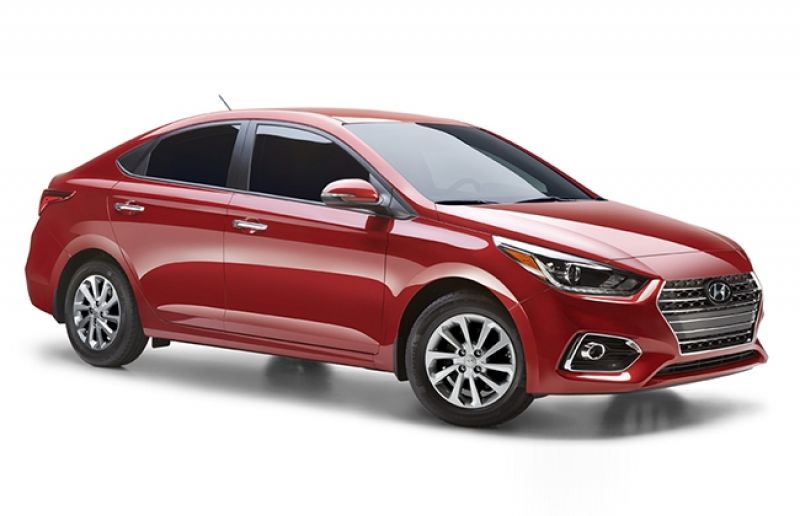 It is pretty clear that the upcoming Verna’s design is heavily inspired by the current Elantra. 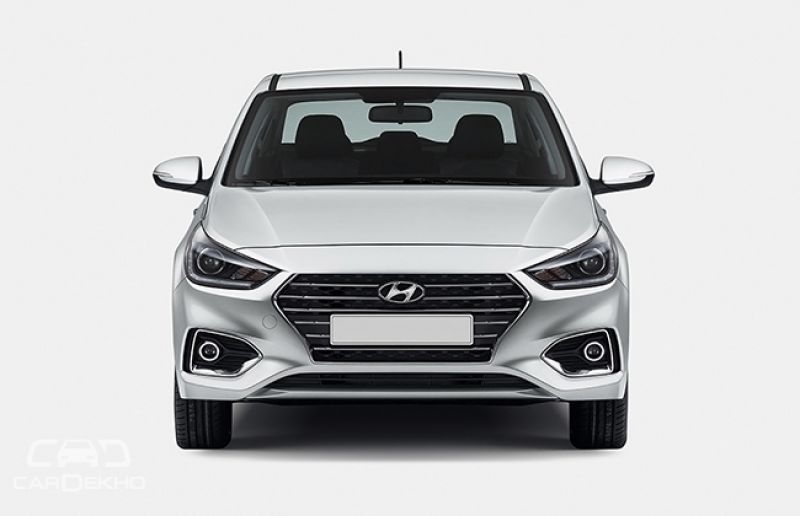 In fact, Hyundai wants to create a uniform look among its sedans since with the facelift; the Xcent has also tried to be in line with the two. 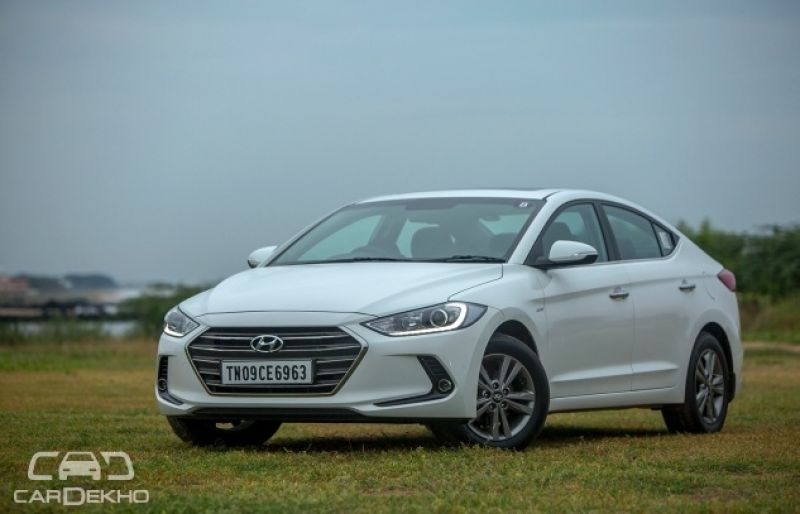 The new Verna gets Hyundai’s latest signature cascading grille which is flanked by swept-back projector headlamps featuring sideways J-shaped LED daytime running lights much like the Elantra. There are projector fog lamps as well. 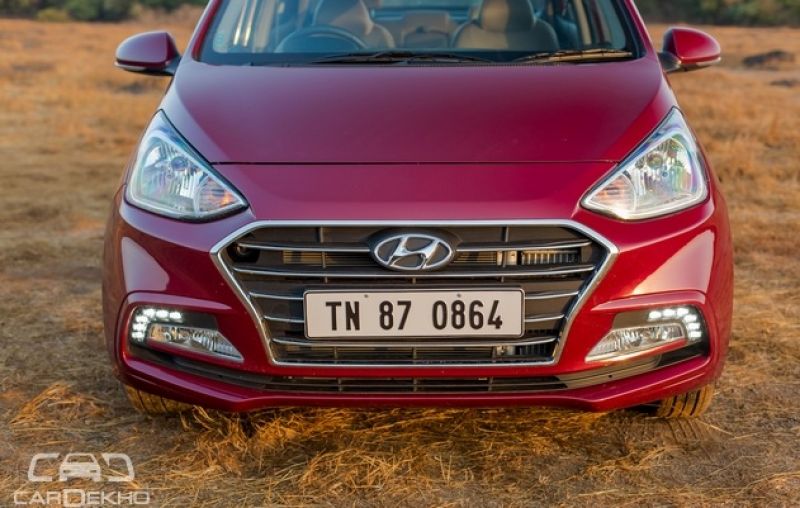 The coupe-like design element, which was the vital selling point of the outgoing model, has been further emphasised in the silhouette of the new-gen model. At the rear, compared to the previous model, it gets split wraparound tail lamps (probably LEDs this time around). There’s also a dual-tone bumper with reflectors. 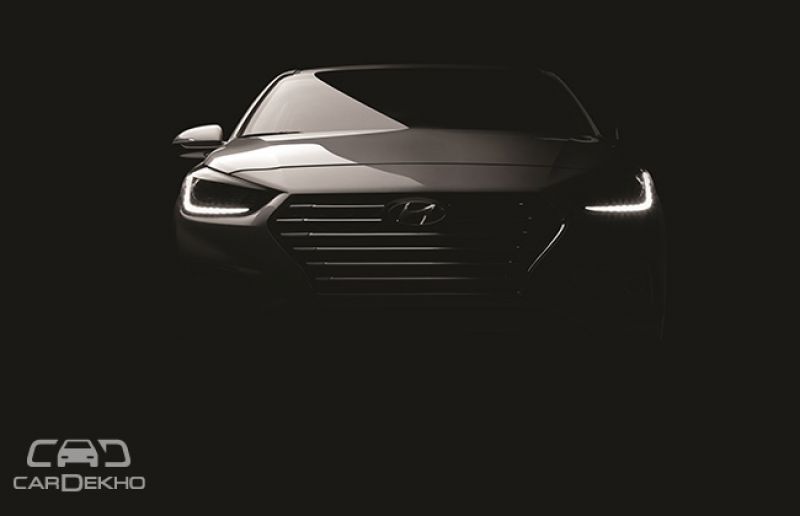 On the inside, the dashboard layout is much like the Elite i20. The infotainment screen takes centre stage and is flanked by the vertical AC vents. The climate control unit looks identical to the one in the hatch, and so does the steering wheel. 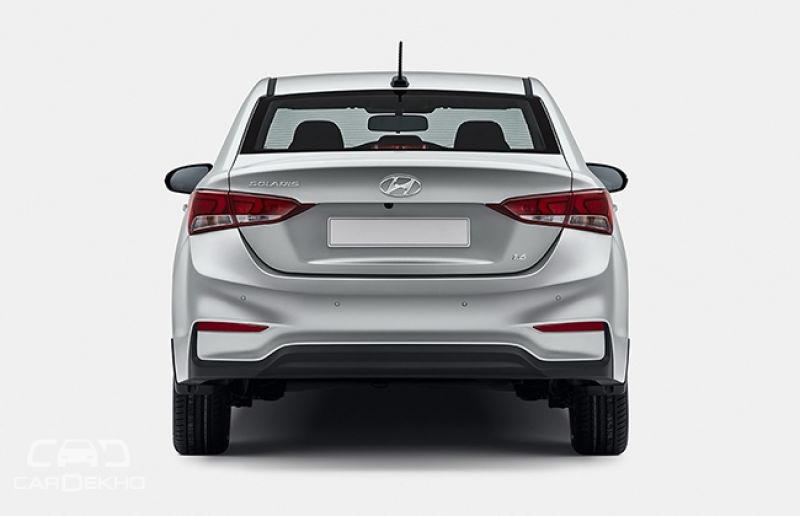 Possible LED light guides in its tail lamps like the Elantra 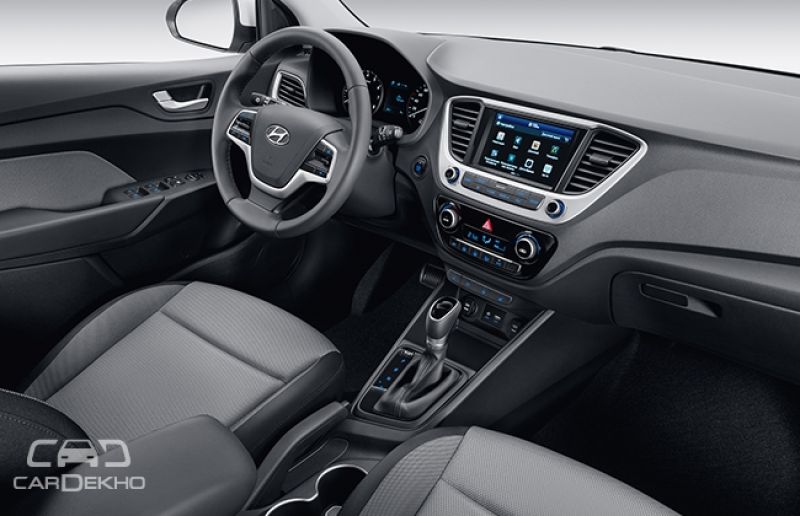 Will carry over equipment list from the outgoing model with features such as passive keyless entry with engine push button start-stop, shark-fin antenna, climate control, six-airbags among others. 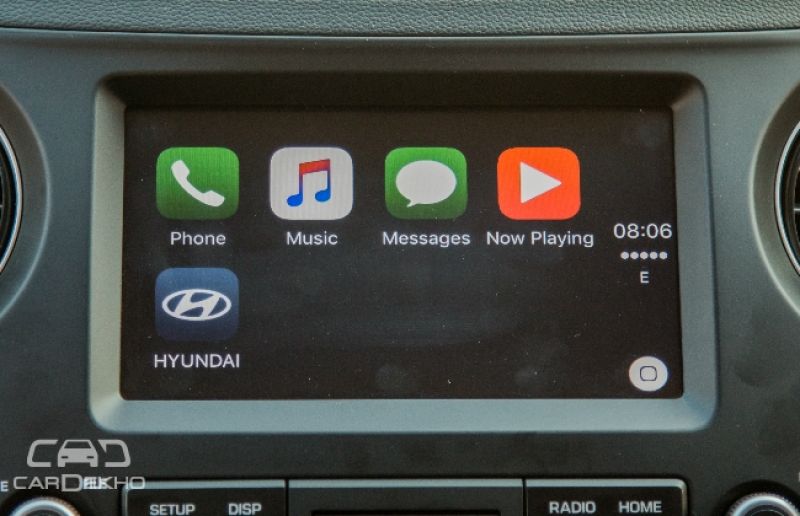 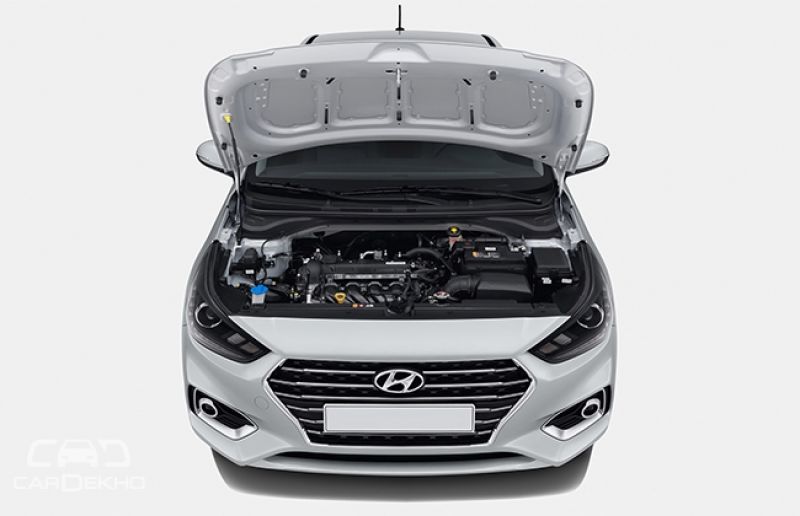 The 2017 Verna’s mill is likely to remain unchanged and will carry forward the same set of engines – petrol (1.4-litre and 1.6-litre) and diesel (1.4-litre and 1.6-litre) – in their current state of tune. While a 6-speed manual is expected to be standard, the 2017 Verna is likely to borrow the 6-speed automatic from the Creta for both of its 1.6-litre petrol and diesel motors. The new 6AT will replace the current and ancient 4-speed auto.