Many car manufacturers are presenting their EV concepts at the ongoing Frankfurt Motor Show. Also joining in is Hyundai’s 45 EV Concept that bears resemblance to the brand’s first independently-made car, the Pony. The 45 EV’s design previews Hyundai’s future electric and self-driving vehicles.

It is based on the Sensuous Design philosophy which will debut with the upcoming 2020 Sonata. The 45 EV sits on a monocoque platform and features sharp-looking 45-degree angle front and rear ends that form a diamond-shaped silhouette. 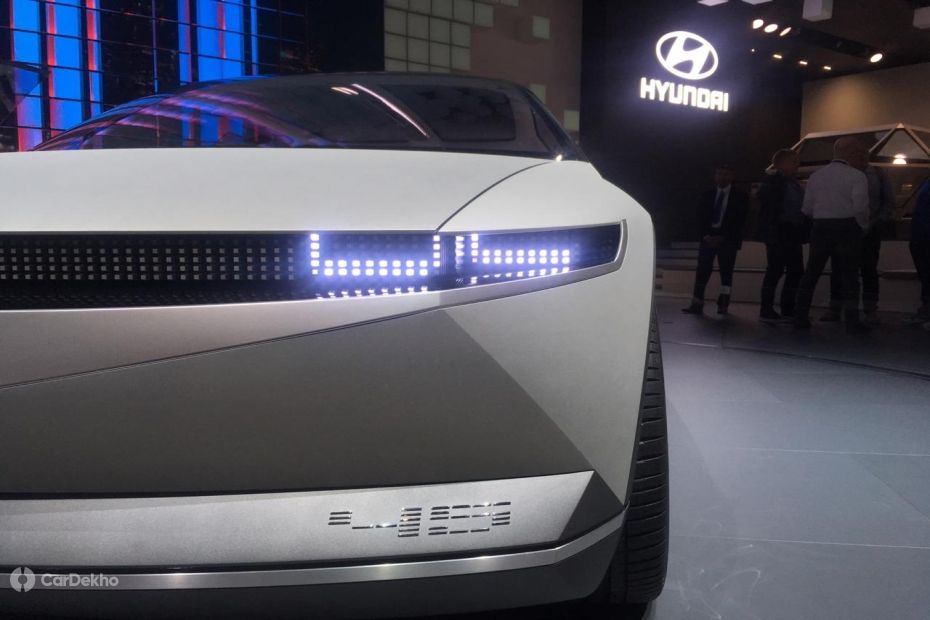 The front headlamp units called the ‘Kinetic Cube’ feature dot matrix lighting and hide beneath the bonnet. It also gets active LED lights for the side profile that reveal the amount of charge available in the car. There are no details regarding the battery pack or the electric motor underneath the Hyundai 45 EV concept. 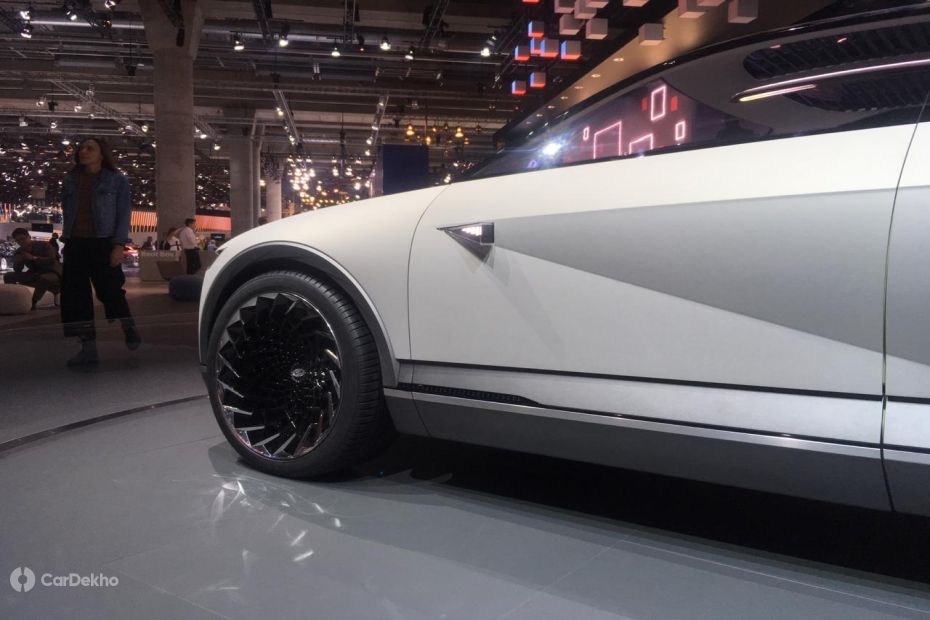 The self-driving capabilities come from a hidden camera monitoring system and it also sports cameras in place of ORVMs like the Audi e-tron. If the ORVM camera lens gets dirty, it features a turning module that runs the lens past a brush to ensure perfect visibility at all times.

As expected from a concept, the cabin looks quite modern with the addition of technological features. The twin integrated display setup for the instrument cluster and the infotainment system on the dashboard seems inspired from current Mercedes-Benz cars. It gets rotating front seats that can face the rear passengers. The front passengers can also control the infotainment through a projection-beam interface.

Hyundai i10 N Line Could Be The Grand i10 Nios Hot Hatch In India!

A major difference from the other EV concepts is that Hyundai has placed the batteries and the motors outside or below the passenger compartment, resulting in increased spaciousness inside the car. These are placed in the flat floor of the car and covered by a carpet to reduce road noise.

It is too early to say whether this car will even come into production. But we’re pretty sure that Hyundai would want to bring a production-spec version of the hatchback pretty soon.