The Tiguan, an SUV from the German automaker Volkswagen, has been spotted testing in its home country. With the growing popularity of premium utility vehicles in India, it is likely that the Tiguan will make its way to India. It might be priced around Rs 25 lakh and will compete with the BMW X1, the Audi Q3 and the Mercedes-Benz GLA.

The Tiguan that was showcased at the 2014 Delhi Auto Expo and the one that exists in Europe is a five-seater version. The carmaker has stretched the wheelbase by 110mm and bestowed the vehicle with a large overhang at the rear, thereby increasing the chances of it boasting of three rows of seats. However, the design has been kept similar to that of the outgoing version in Europe. 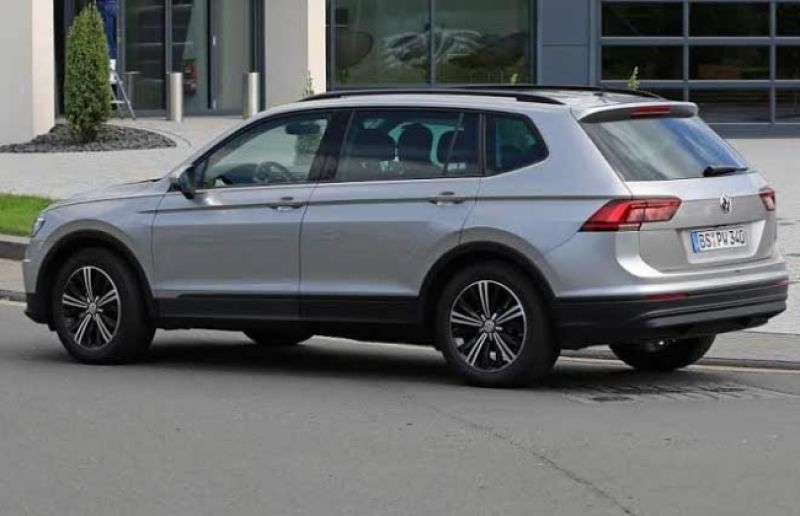 In addition to the extended wheelbase, the Volkswagen Tiguan XL also gets a larger rear door and extended glass area beyond the C-pillar. As far as mechanicals are concerned, it is likely to be offered with a 2.0-litre TDI diesel engine, producing 189PS. This engine will be mated to a DSG gearbox. The chances of a petrol powerplant can’t be ignored either. VW might launch it in a petrol avatar by plonking in a 1.4-litre 152PS TSI engine.

Also, the Tiguan XL will now become the first VW SUV to sit on the company’s Modular Transverse Matrix platform, the MQB, which underpins almost the entire VW family of vehicles, including the Skoda Octavia. The longer version might also use the same wheelbase as seen in the upcoming Skoda SUV -- the Kodiaq. The VW Tiguan is expected to be launched in India by late 2017.