Hyundai Kona Electric could get cheaper by Rs 1.5 lakh

Those taking a loan to buy the Kona could save an additional amount of Rs 2.5 lakh.

The Hyundai Kona Electric was recently launched in India as the first long-range EV offering for a price tag of Rs 25.3 lakh (ex-showroom India). However, if the government implements its proposal for a tax cut on electric cars, the Kona Electric could get more affordable by Rs 1.5 lakh. As a result, the price of the Hyundai EV could drop to Rs 23.8 lakh.

In the 2019 Union Budget, there were a few proposals to promote e-mobility in India, including a reduction in GST (Goods & Services Tax) rates from the current 12 per cent to 5 per cent for electric vehicles. The full details of which models would get this benefit have not been finalised yet and it may be restricted to certain vehicles depending on their price or levels of localisation.

However, if the Hyundai Kona Electric gets included in the list of EVs eligible for the tax cut, the lower price would be welcome for all EV adopters in the country. Another proposed incentive pertains to EV buyers availing loans for such cars. This could make them eligible for savings of up to Rs 2.5 lakh in terms of interest on loan and income tax. However, that would depend on the tax bracket they fall under. 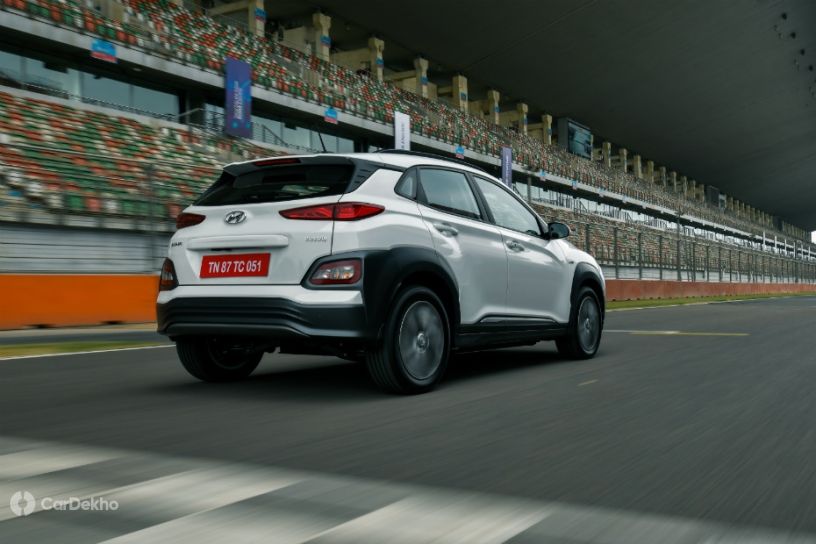 The Kona Electric is being offered in India in a single variant equipped with a 39.2kWh battery pack for a claimed range of 452km on a full charge. It comes loaded with plenty of features such as ventilated front seats, a sunroof, six airbags and lots more. It does not have any direct rivals yet, but MG will soon be offer some competition later this year with the launch of its eZS electric SUV.