Let’s see how MG Hector looks against the XUV500 in some detailed images.

MG has revealed the Hector SUV, which happens to be its first offering for the Indian market. Here it rivals the likes of the Tata Harrier, Mahindra XUV500, Hyundai Tucson and the Jeep Compass. While we have already compared the MG to the Harrier in pictures, let’s see how it looks against the XUV500 in some detailed images. 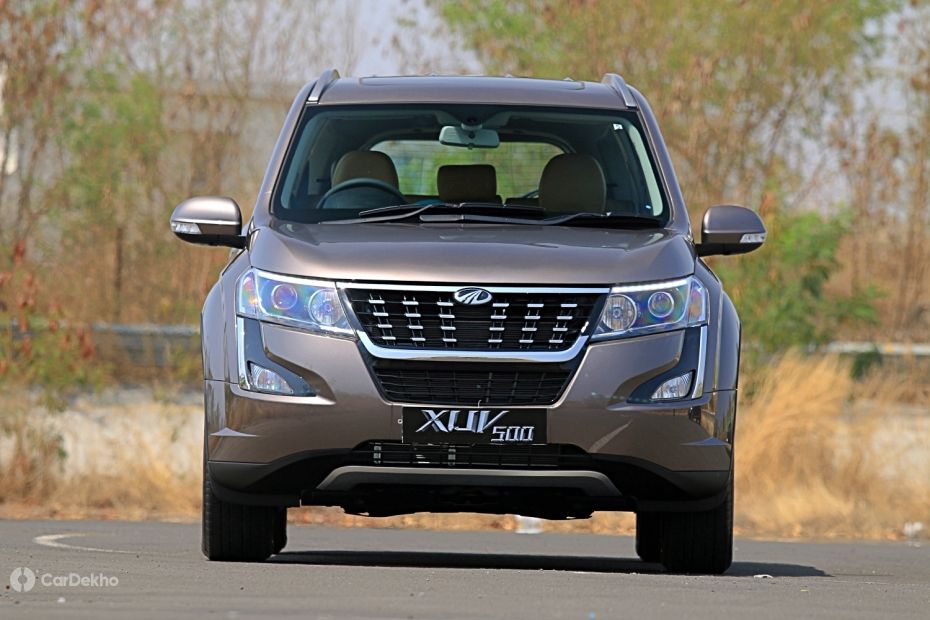 The Mahindra XUV500 features a conventional design with headlamps with LED DRLs in their usual place. These flank the signature 7-slat chrome studded grille. The Hector, on the other hand, features an unconventional styling. Its headlamps are positioned low in the bumper while the top spot is taken up by dual-purpose LED DRLs with dynamic turn indicators. 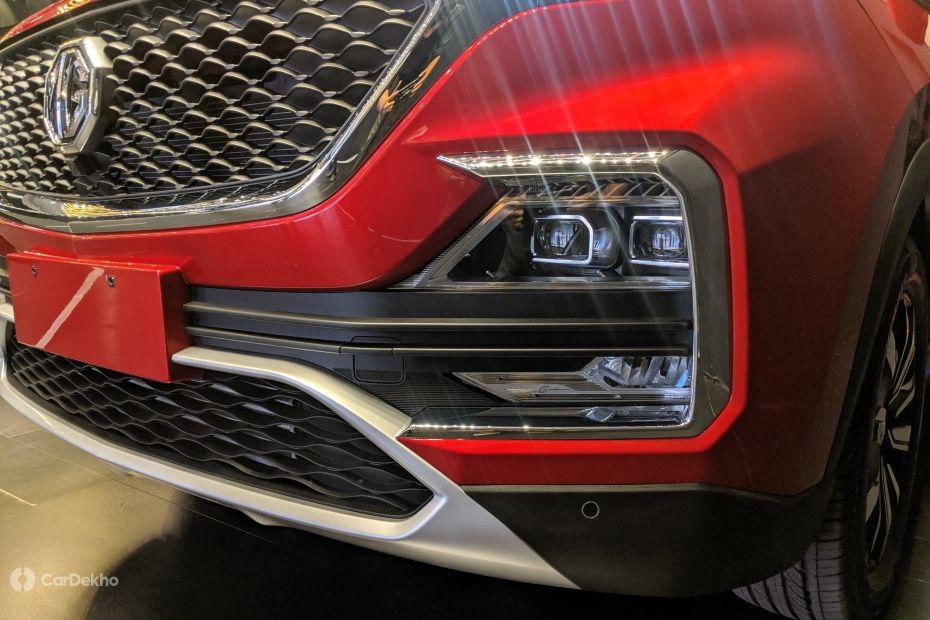 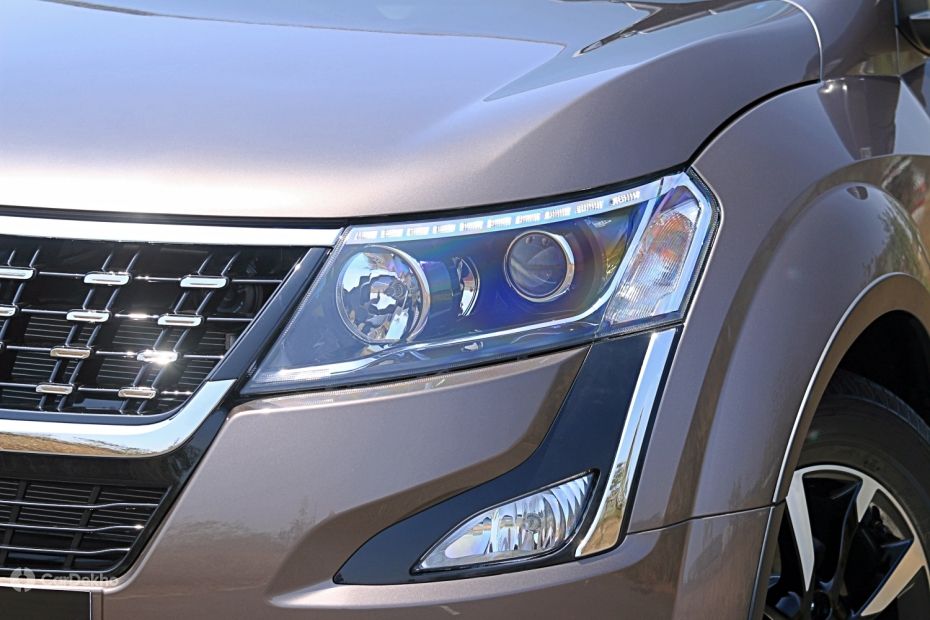 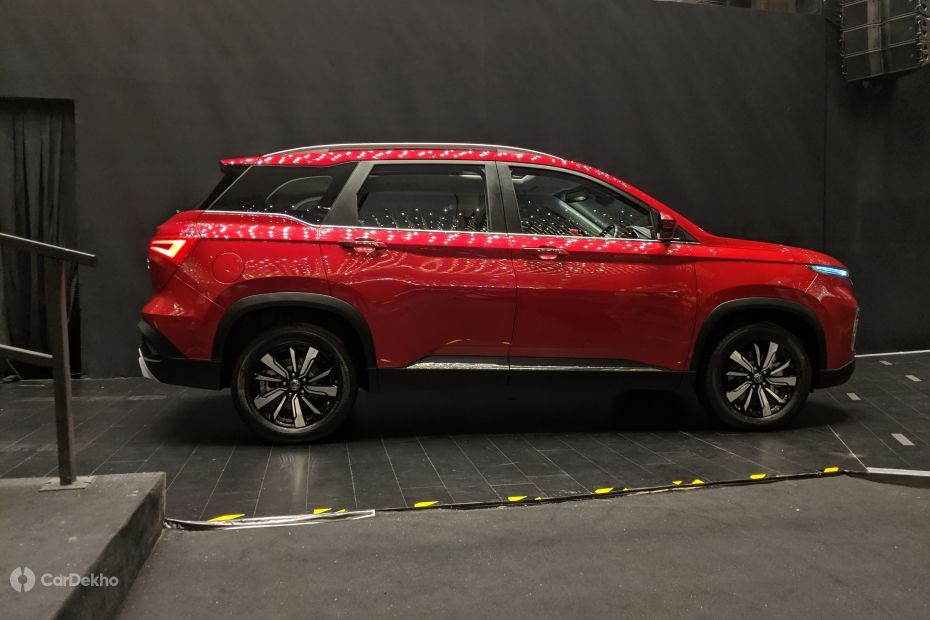 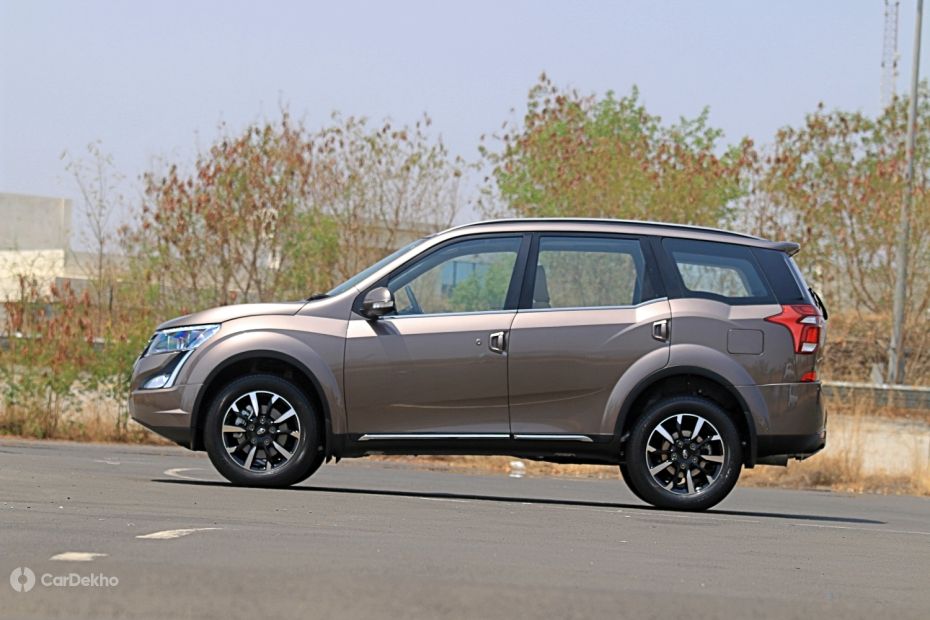 The Hector is 70mm longer than the XUV500 and when seen from the side, its additional length comes to notice. It also has a longer wheelbase which stands at 2750mm, 50mm more than that of the Mahindra. As far as styling is concerned, the Hector looks sporty with its floating roof, sharp shoulder line and squared off wheel arches. The XUV500 looks muscular thanks to its flared wheel arches. 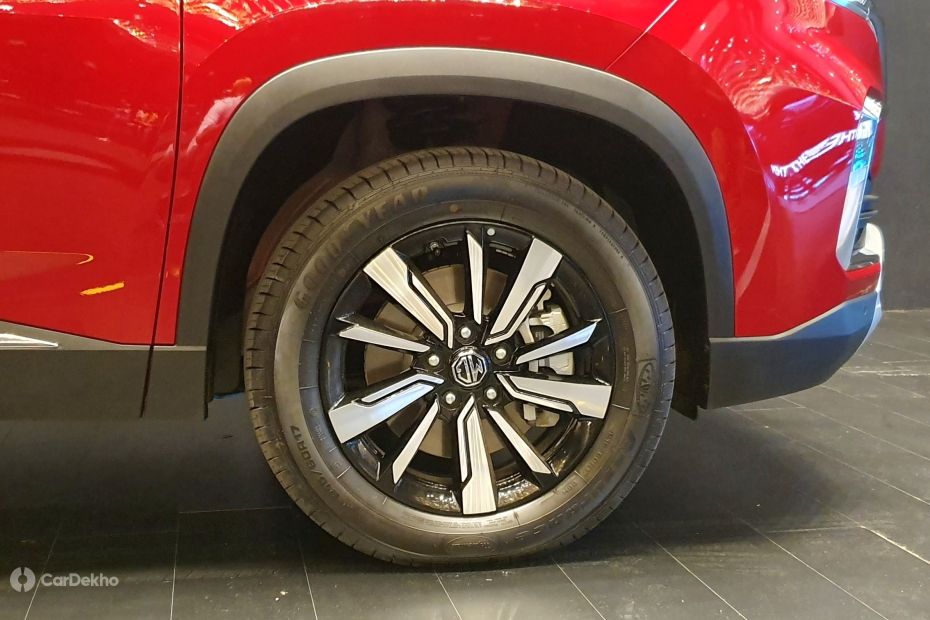 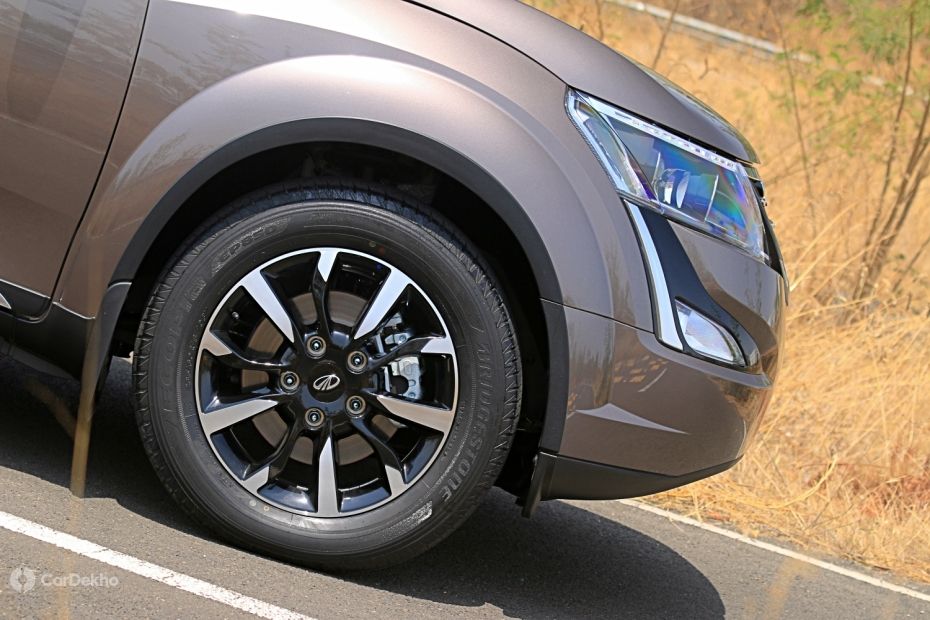 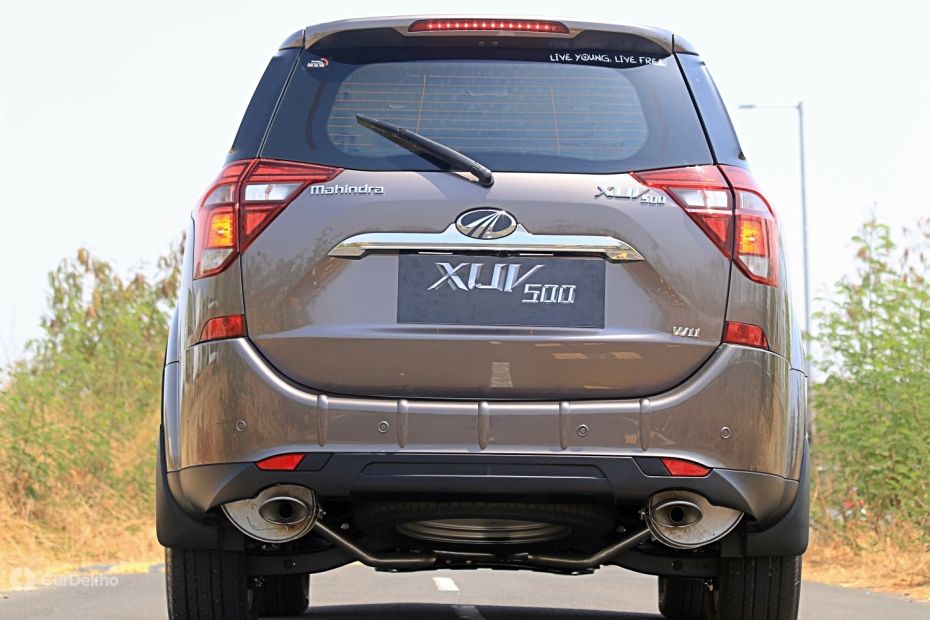 The Hector’s rear profile looks boxy while the XUV500’s tail is more rounded off. Also, the connected tail lamp design of the Hector makes it look more in the times versus the XUV500’s. In order to make it look different, Mahindra split XUV500’s tail lamps in three parts (two on the rear quarter panel and one on the boot lid) when it introduced its facelift in 2018. 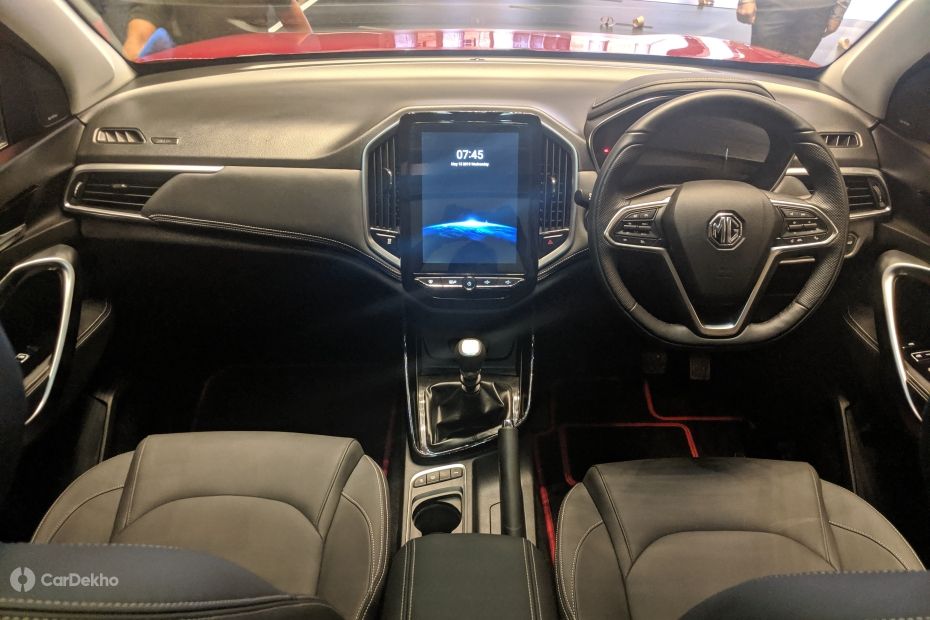 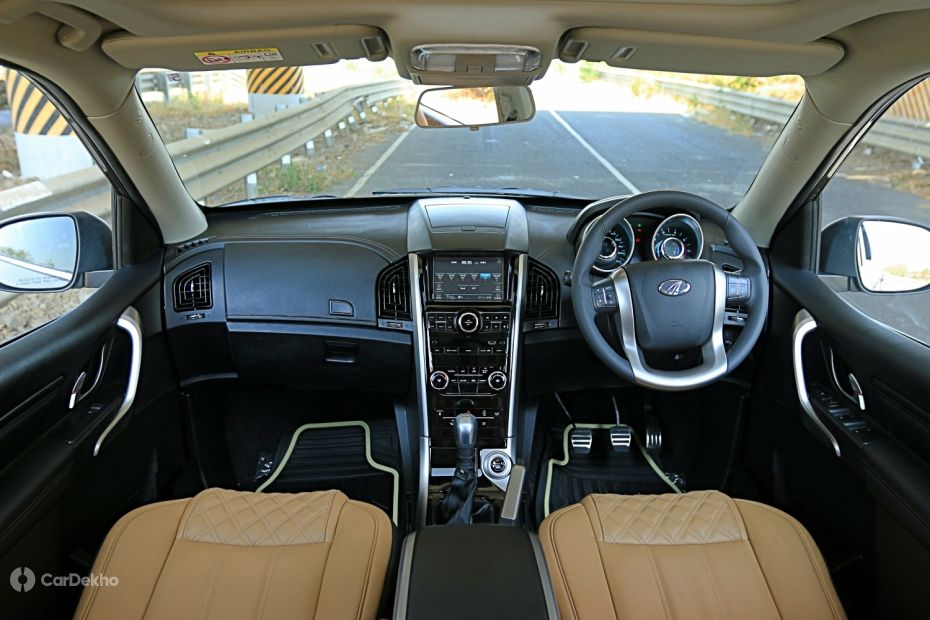 On the inside, both the SUVs feature an all-black theme except for the tan leather seats on the XUV500. However, the fit and finish on the Hector looks a bit better than what we have seen in the XUV500. Also tipping the scales in MG’s favour is its large 10.4-inch touchscreen infotainment system which sits in the centre of the dashboard. 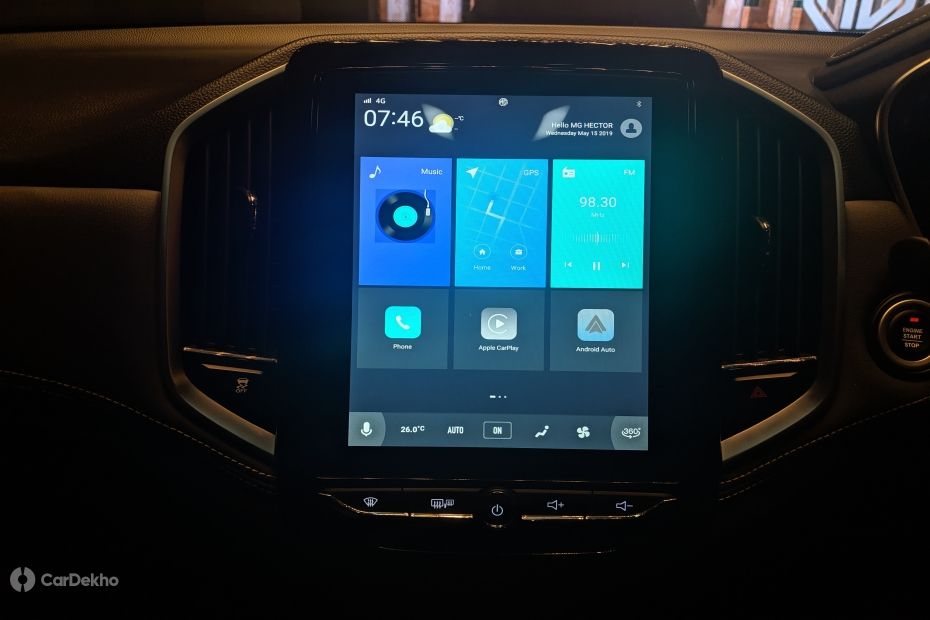 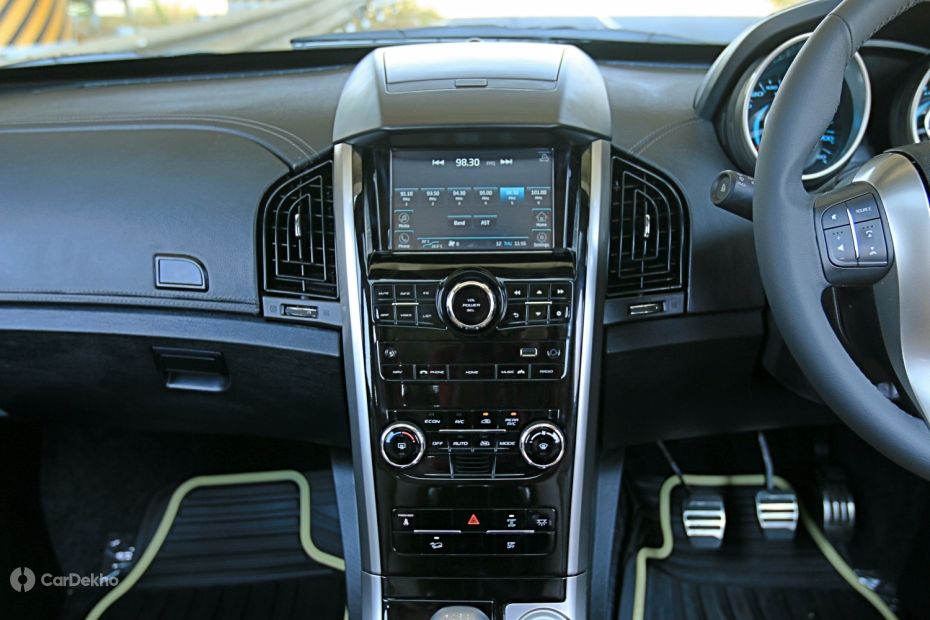 In addition to the Apple CarPlay and Android Auto support, which the XUV500 also offers, the Hector gets convenience features such as navigation (powered by TomTom) with live traffic alerts, a 360-degree parking camera and AI-enabled voice recognition. The Hector’s infotainment also comes with iSMART mobile application that will allow users to control the AC, door lock/unlock, tailgate and even open and close the sunroof remotely. Mahindra also offers a similar Blue Sense App, which allows users to control a number of car functions like the air con settings and infotainment controls, but not remotely. 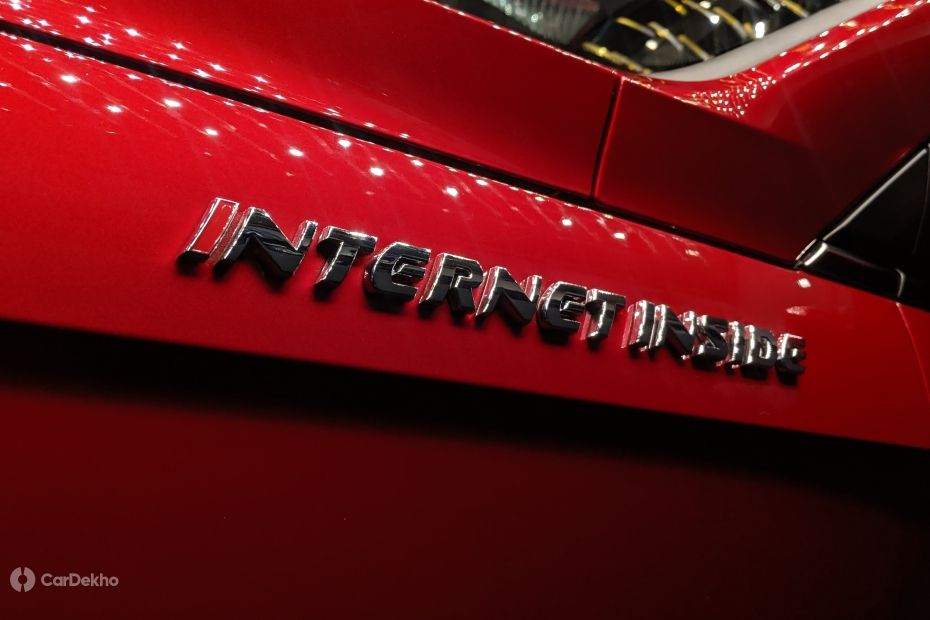 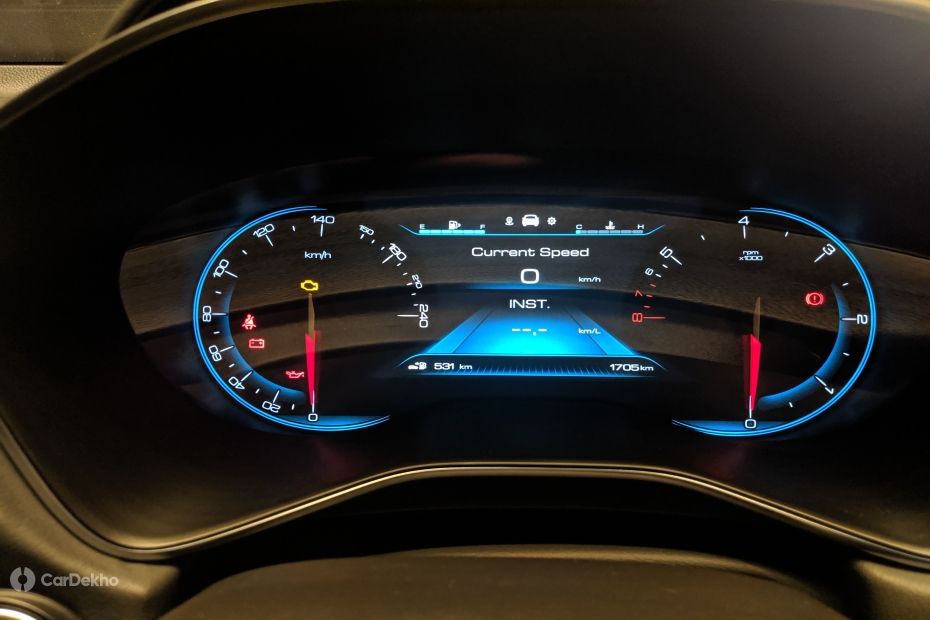 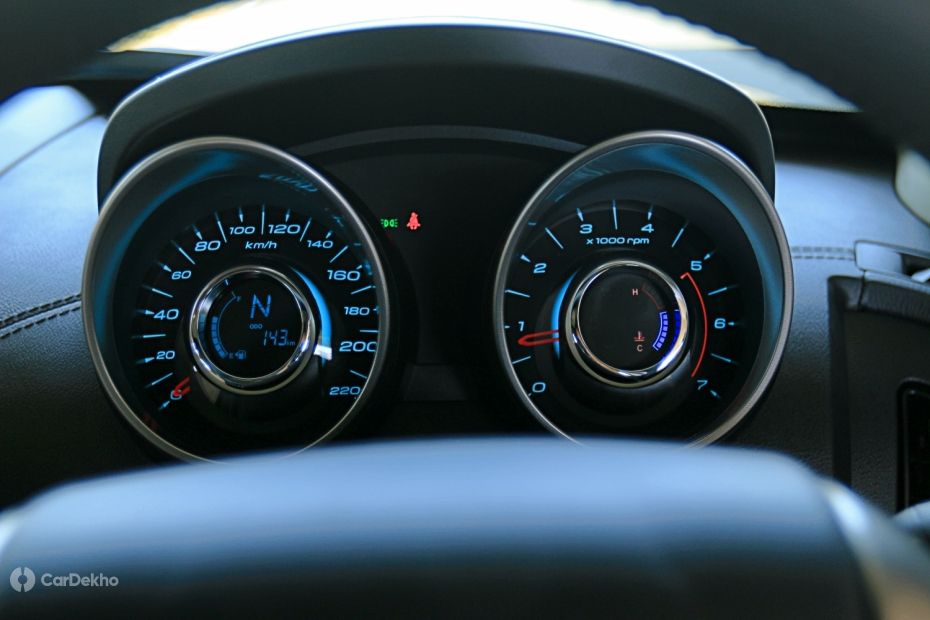 Both the SUVs feature an analogue instrument cluster with digital MID. However, while the Mahindra features a monochrome MID, the Hector comes with a 7-inch coloured MID. 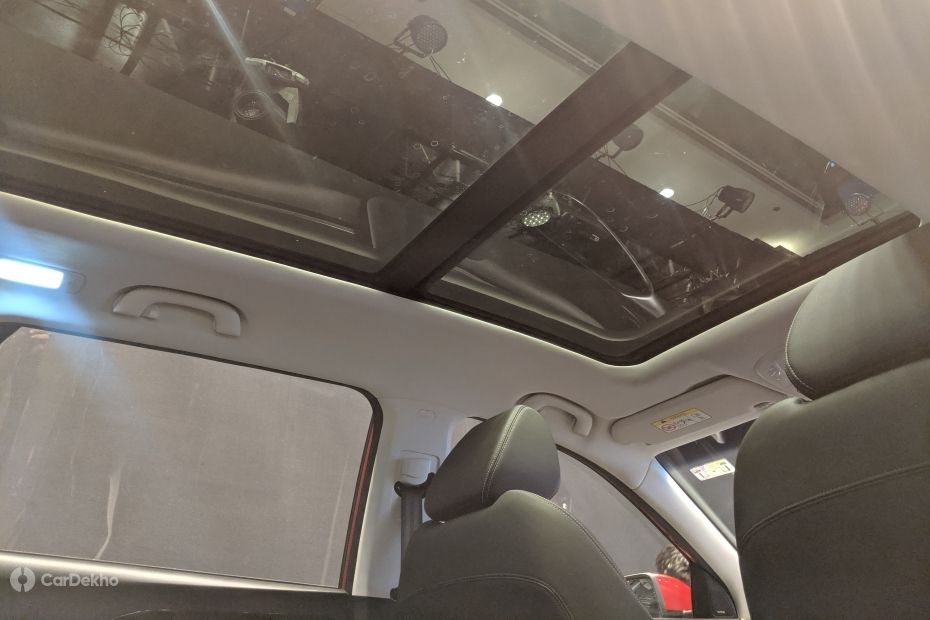 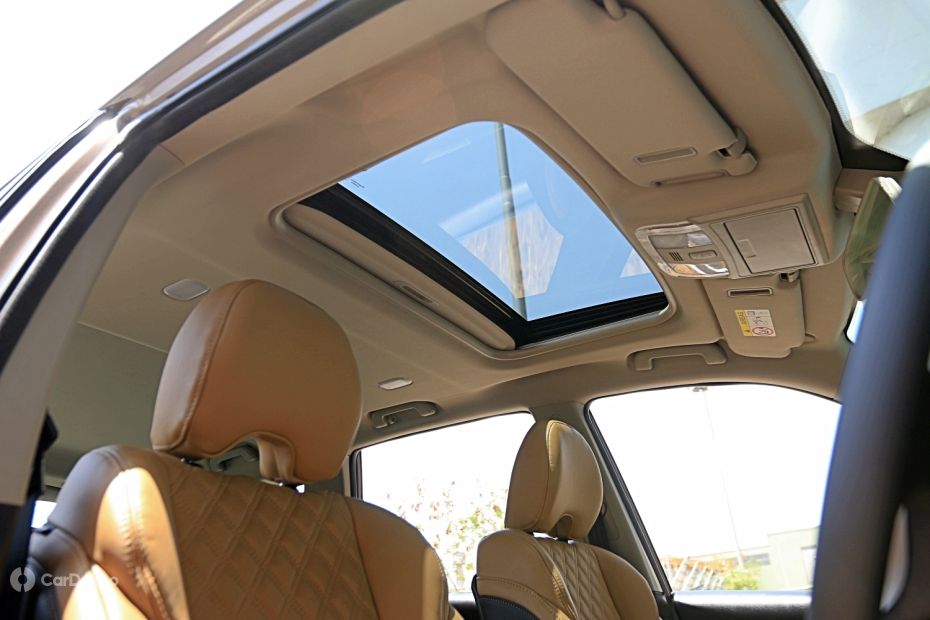 The Hector is equipped with a panoramic sunroof. The XUV500, on the other hand, gets a smaller electric sunroof. 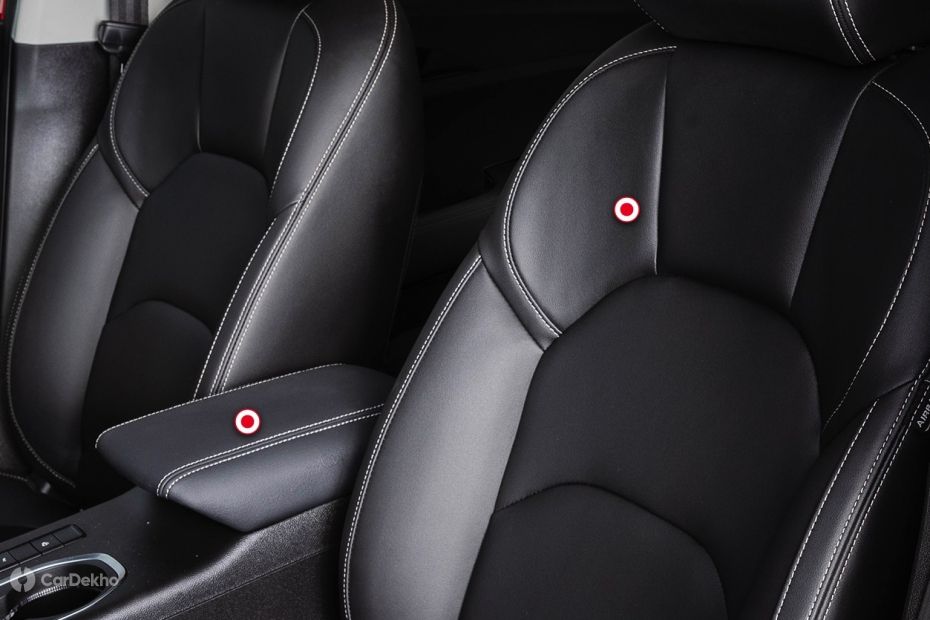 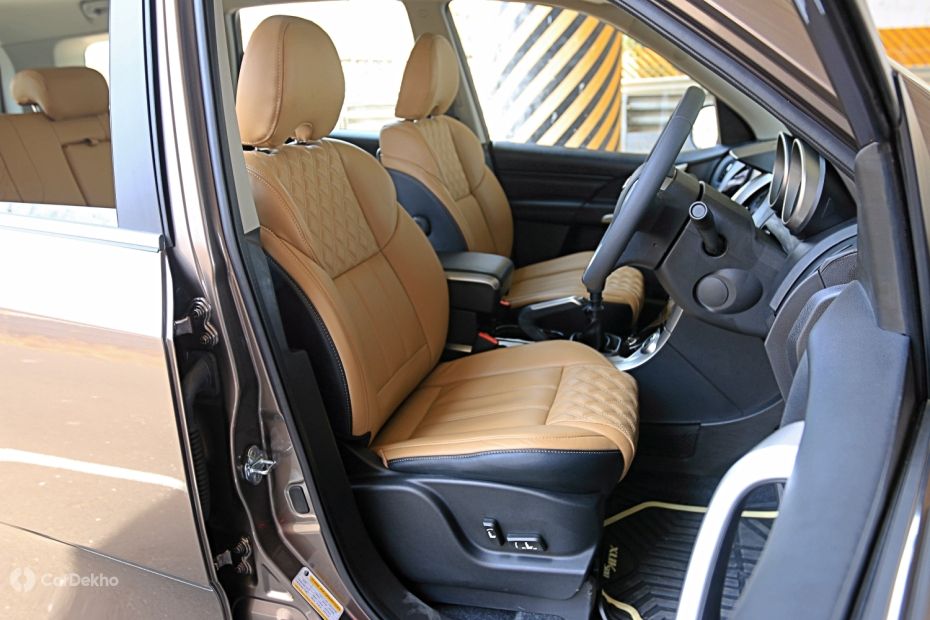 The XUV500 gets 6-way electrically adjustable driver seat. The Hector, on the other hand, features power adjustment for both driver and co-driver seats. However, where the driver’s seat is 6-way adjustable in the Hector, the co-passenger seat can be adjusted in four ways. 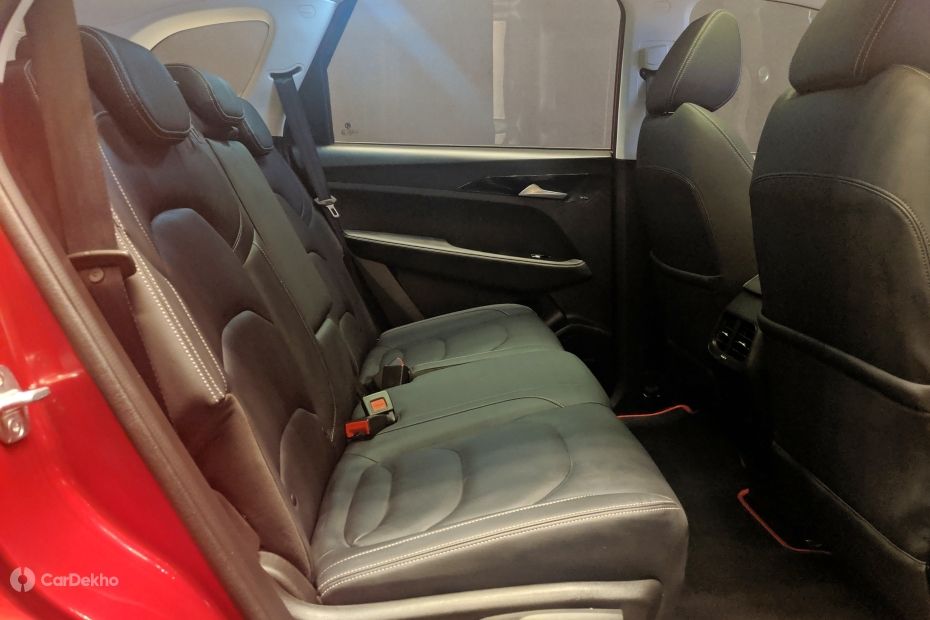 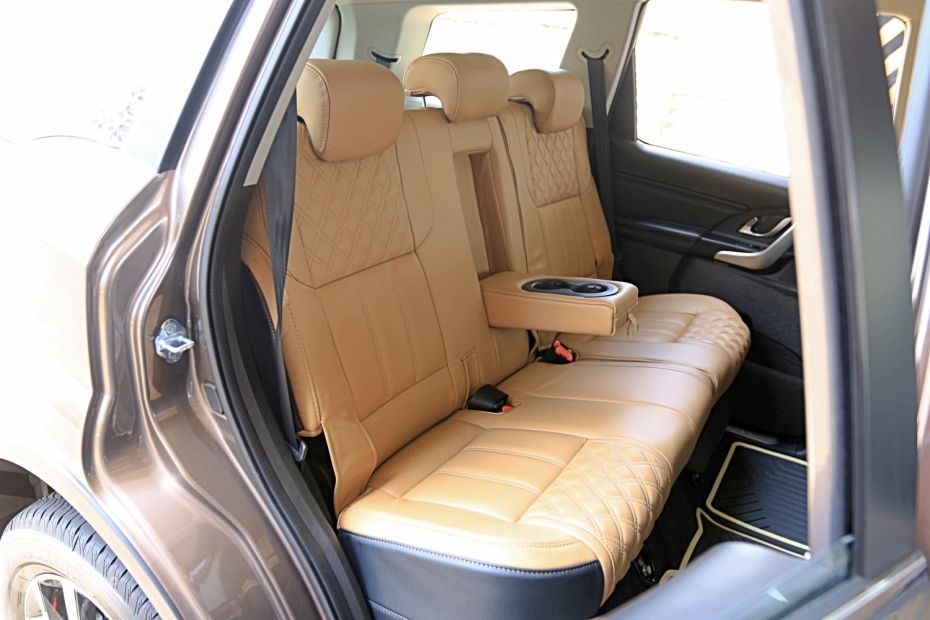 The Hector comes with reclinable rear seats while the XUV500 gets fixed backrest for the second row of seats.

Both the SUVs are equipped single zone climate control, however, it's only the Hector that comes with rear AC vents. The Hector’s air-con controls are a part of the touchscreen of the infotainment system while the XUV500 gets conventional knob controls for air-con settings. 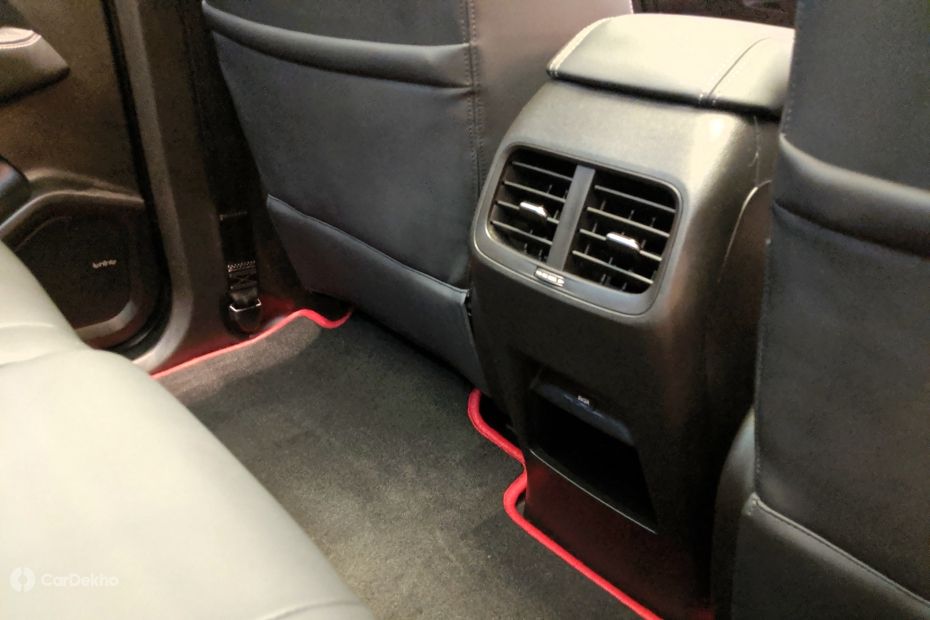 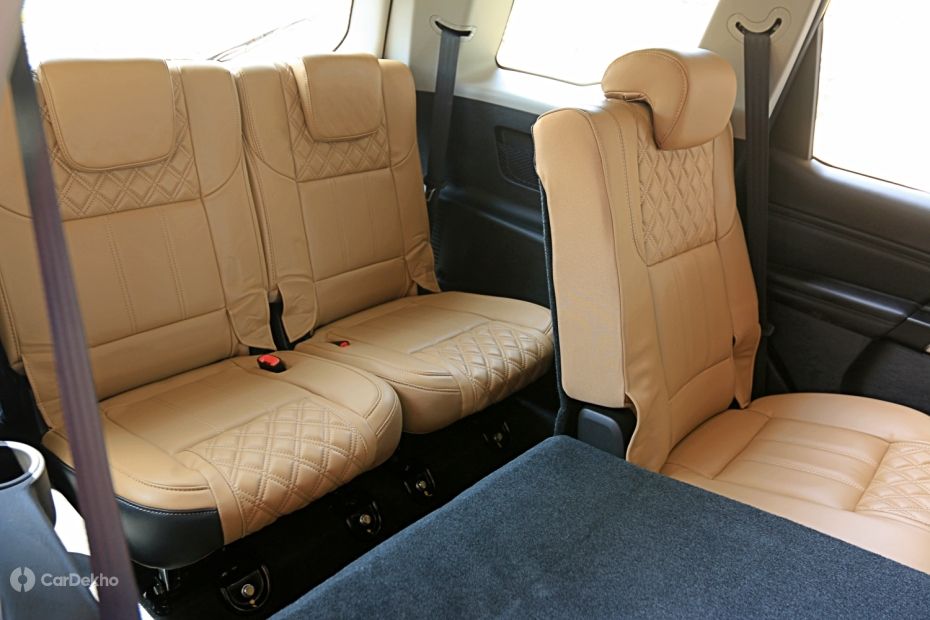 Hector is a 5-seater SUV while the XUV500 is a 7-seater offering. MG has plans to offer 7-seat version of the Hector, but it’s expected to come in about 6 months from the launch of the Hector.

Engine: Both the SUVs are available with both petrol and diesel engine options. Here is a comparison. 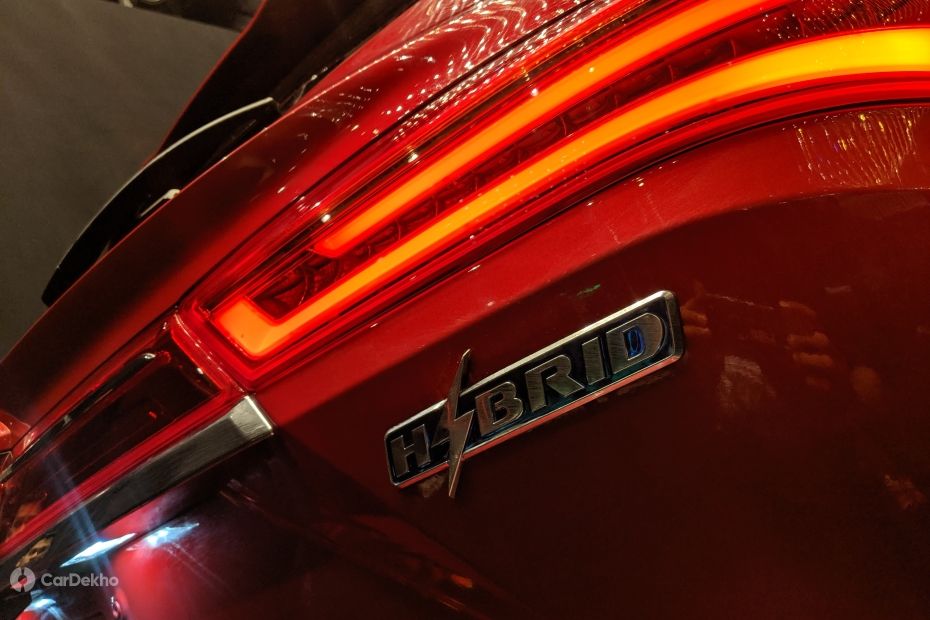 As far as off-road capability is concerned, only the XUV500 is available with a 4WD option. Mahindra offers it on the top-spec W11(O) variant only. We expect the Hector to be priced from Rs 15 lakh onwards while the XUV500 starts from Rs 12.30 lakh and goes up to Rs 18.61 lakh (ex-showroom Delhi).