Amaze have an edge over the feature-rich Hyundai Xcent.

Honda launched the 2018 Amaze at an introductory price of Rs 5.59 lakh (ex-showroom Delhi). The second generation of the sedan gets an all-new design, a host of new features and the option of a diesel engine mated to a CVT gearbox as well. But is it enough to take on the feature-rich Hyundai Xcent? We find out. 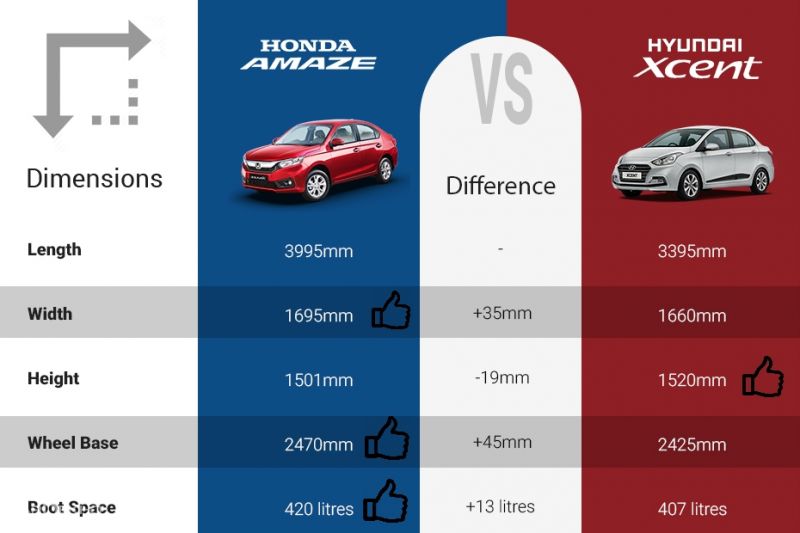 At 3995mm, both the sub-4 metre sedans are identical in length. However, the Xcent is taller by 19mm

The Amaze is wider and has a larger wheelbase when compared to the Xcent. This could result in more legroom and shoulder room for rear occupants 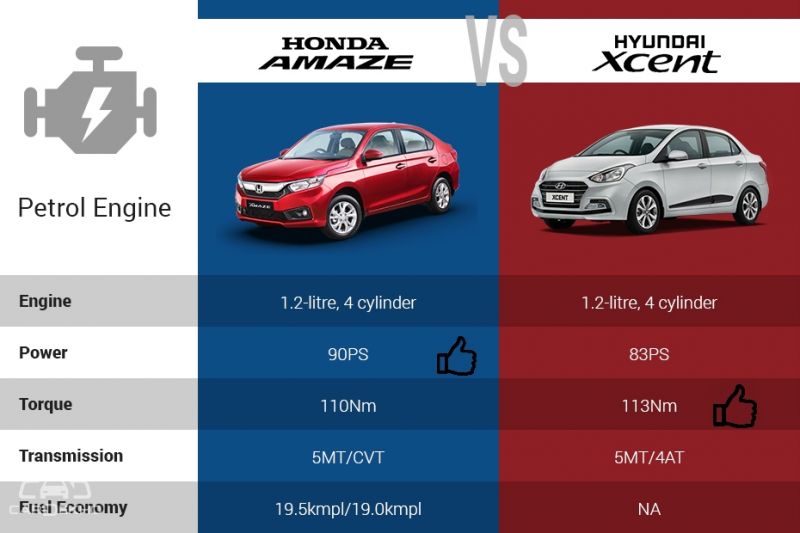 Although both the cars are powered by a 1.2-litre petrol engine, the Amaze leads the Xcent in terms of power by 7PS. However, when it  comes to the torque output, the Xcent pips the Amaze by 3Nm

Both the cars are offered with both manual (5MT) and automatic transmission options. However, the Amaze gets a more modern CVT automatic against the Xcent’s older 4-speed torque converter unit

The Amaze CVT comes with paddle shifters in the petrol-powered V variant. It allows you to change gear ratios in a more easier manner. 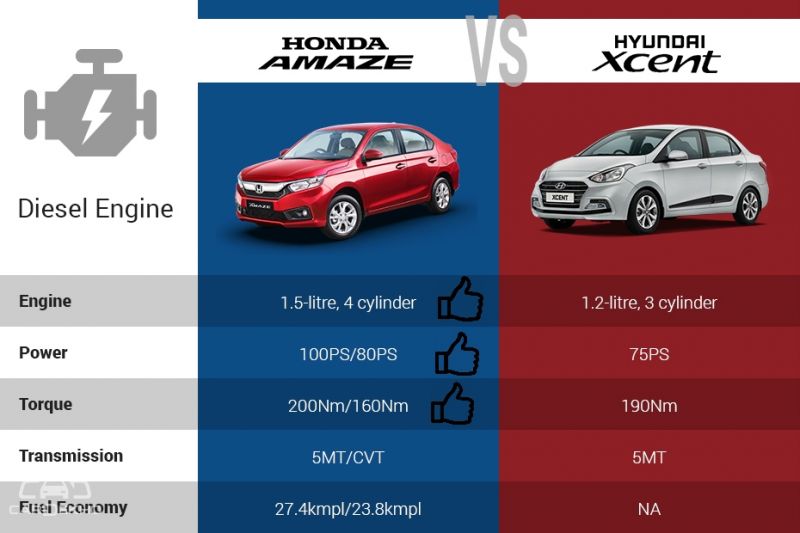 The Amaze gets a more powerful diesel engine that outclasses the Xcent’s 1.2-litre unit by 25PS and 10Nm

The Amaze diesel can also be had with an automatic transmission, whereas the Xcent diesel is available with a manual transmission only

With the CVT, the Amaze’s diesel engine produces an output of 80PS/160Nm, which is lower than what it makes with the manual transmission. Honda says it has been done to provide a smoother driving experience. At 80PS, it still makes more power than the Xcent’s diesel engine 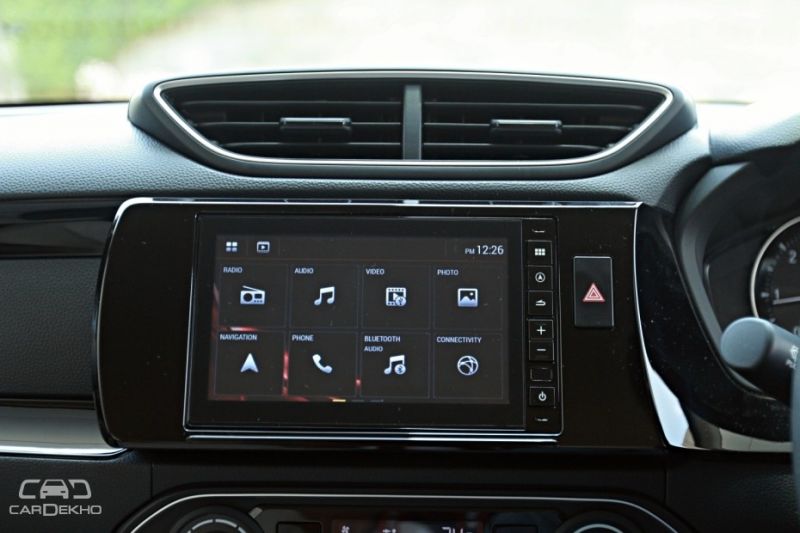 Honda has not yet revealed the entire feature list of the 2018 Amaze. But from what we know so far, it is going to be packed to the brim with all the features you’d want in a Rs 10 lakh sedan. The top-spec VX variant will get features such as automatic climate control, cruise control, 7.0-inch Digipad 2 touchscreen infotainment system with Apple CarPlay and Android Auto connectivity options, rear parking camera with sensors, electrically adjustable and foldable ORVMs (outside rearview mirrors), height adjustable driver seat, push-button start-stop, LED positioning lights and 15-inch alloy wheels. In terms of safety features, the 2018 Amaze will be equipped with dual front airbags, ABS with EBD and ISOFIX child seat anchors as standard across the range.

The Xcent, too, is one of the best-equipped cars in the segment. In addition to what the Amaze gets in its top variant, the Xcent gets LED DRLs, rear AC vents and a cooled glovebox.

We expect the 2018 Honda Amaze to be priced in the Rs 5.39 lakh to Rs 8.75 lakh price bracket. At this price point, it will be one of the most affordable sub-4 metre sedans in the country as far as the entry-level prices are concerned. The Hyundai Xcent’s prices start from Rs 5.46 lakh and go up to Rs 8.57 lakh (ex-showroom Delhi).