One question that keeps me fascinated about BMW is that despite using the same engines in different cars, the cars themselves feel completely different to drive. For folks wondering how that query is related to the 320i, let me clarify. It uses a 2.0-litre petrol turbo engine which also does duties in different cars in the BMW portfolio. I first experienced it in a Cooper S Convertible in Goa, and next in the luxurious 520i. I was amazed by its completely different behaviour in both the cars. While it was quick and aggressive in the Mini, its attitude was completely relaxing in the 5 Series.

What does it do for the 3 Series, then? Well, let's just say it is for the young (and maybe slightly angry) banker. The 2.0-litre motor that feels just about adequate for the 5 Series and a hoot and a half in the Mini feels just right in the engine bay of the 3 Series. Let us just say that the motor feels 'right at home'. The relatively compact proportions and the lower weight of the 3 lets the engine shine through. Put it through its paces, and it is hard to believe that the motor is turbocharged. There's no turbo lag and the pull keeps getting stronger as you inch towards the redline. 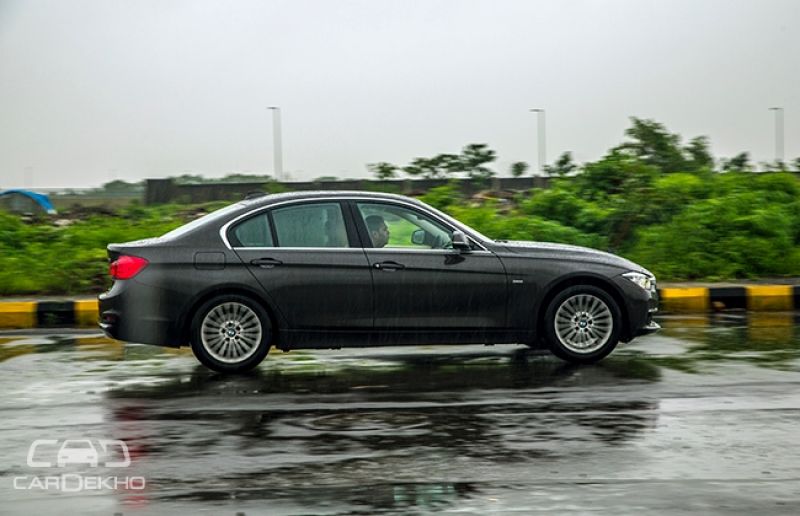 What's more, the 8-speed ZF transmission is near perfect, too. The ratios are well spaced out and the gearbox knows which one to pick when. In fact, I barely used the steering-mounted paddle shifters! The 320i also gets a 'Sport+' mode over the usual Eco Pro, Comfort and Sport, which the larger (and considerably more expensive) 520i skips out on. Get my point about the banker being slightly angry now? Switch it to Sport+ and you can hear the turbo petrol sing the song of its people. It lets out a nice throaty noise that just eggs you on to push it further. The exhaust is dead silent, though. Pretty nifty if you want to sneak out at night, I say. 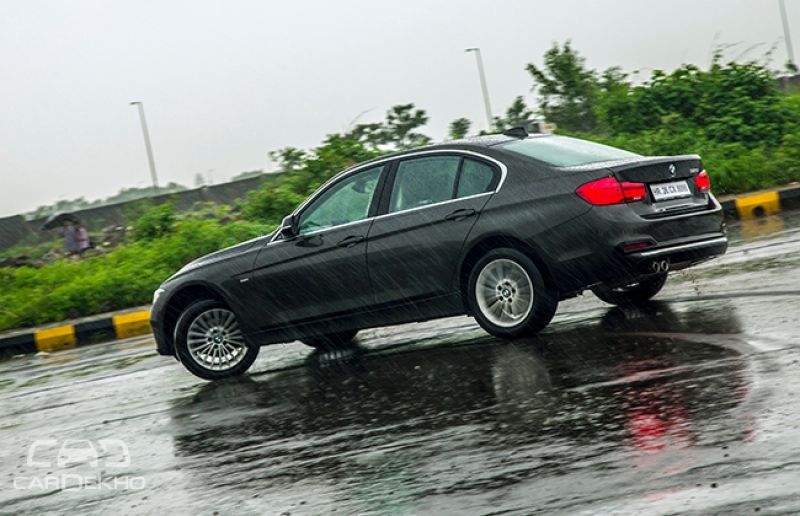 The steering, like most BMWs, is tack sharp and precise. It is light enough for an errand run inside the city but keeps you wanting for a little more weight at speeds on the highway. Hit your favourite ghat roads and the 320i will reward you. It is nimble, agile and dives into bends obediently. The ride quality is nice and plush, with next to no bumps or potholes filtering into the cabin. At high speeds too, the 320i does not feel disconnected and aloof.

Now that we have the biggest change in the 320i out of our way, let's figure out what else is on offer. I'm not a big fan of the way the F30 3 Series looks. While I continue to harp on about why the E21 and the E46 (maybe even the E92) are amongst the best-looking versions of the car, there's no denying that the 3 Series looks in tune with the times. The update that was rolled out in January this year has been carried forward onto the petrol variant as well. 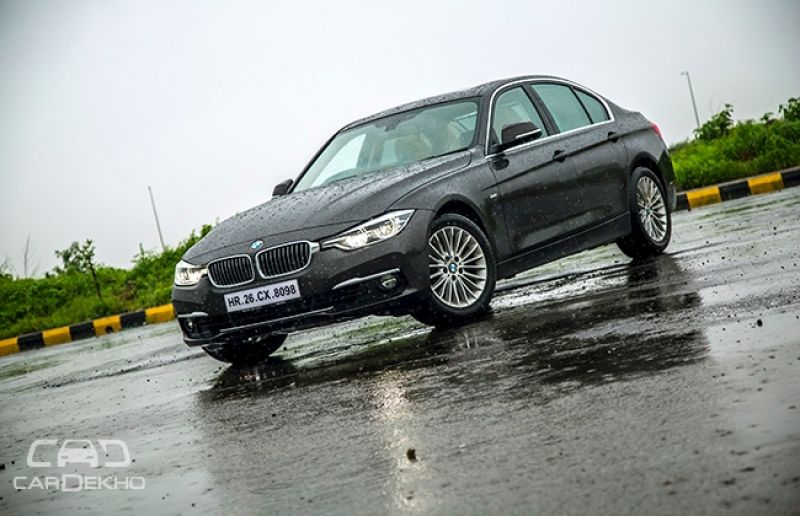 So, you continue to get a well-balanced design with clean lines and nothing garish to speak of. The new headlamps house an updated daytime running light that flows inwards towards the signature kidney grille. Our test car wore a rather boring set of 17-inch wheels and a dull shade of brown. How we wish BMW included an M Sport variant for the 320i! It would have looked so much better with the aggressive bumpers and the better wheels. For a car that houses a sporty motor, a businessman Bob brown shade seems slightly odd.

The interiors are exactly the same as the diesel 3 Series. Considering the petrol versions are imported as fully built units, I went hunting around the cabin to see if the quality was any different compared to the ones assembled in India. I'm glad to report that I could find no differences. The doors close with the same reassuring thud, the leather upholstery feels just as plush and the overall fit and finish have the same mechanical precision. 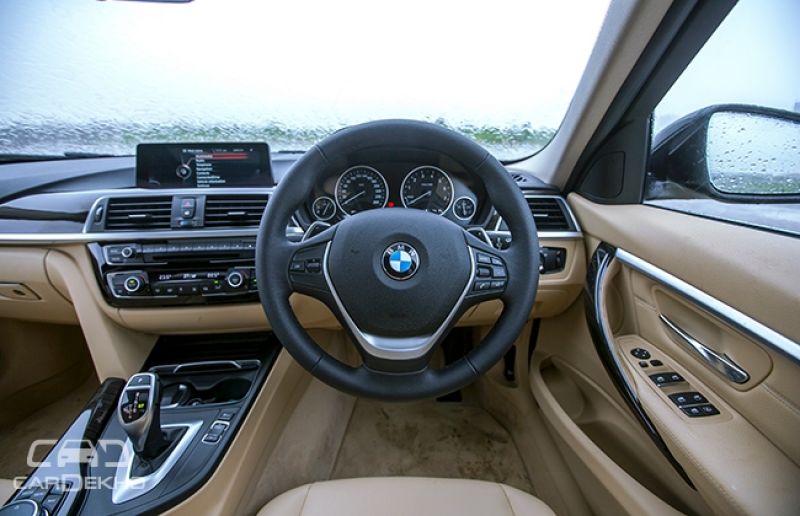 The family interior look has been around for over half a decade now and is beginning to show its age. While everything functions without a single glitch and the switches and knobs feel nice and built well, the layout does seems slightly cluttered. It is well-specced too. For instance, the Luxury Line variant that you see in the pictures get a bagful of goodies including a sunroof, 2-zone climate control, ambient lighting and electric seats. You also get an 8.8-inch screen paired with a 205W, 9-speaker audio system that doubles up as the interface for BMW's acclaimed 'iDrive'. 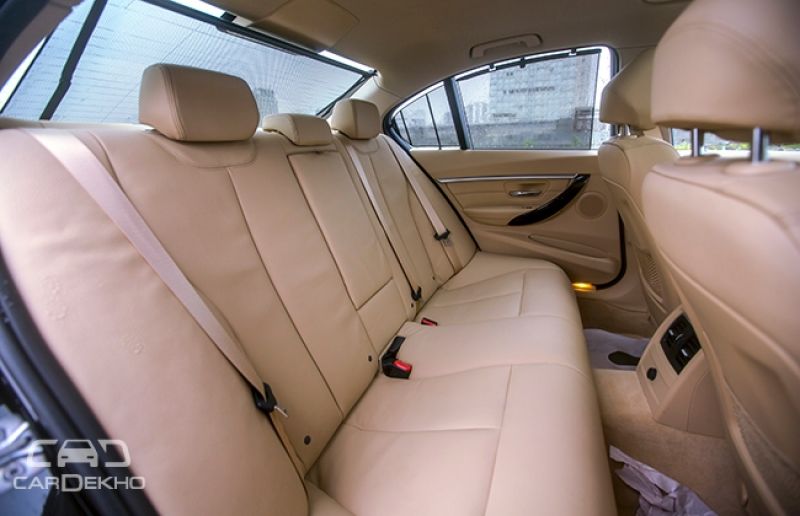 The front seats are generous with side bolstering and hold you in place well. The cushioning is soft, which makes more for a comfortable city runner. Over long distances, though, it might get a little taxing, especially for the lower back. What's key to note is that the 320i is a slightly low-slung car. Ingress and egress won't be as easy as, say, the C-Class, especially for the elderly. And, while the room at the front is more than adequate, the rear can be termed average at best. With the front seat set for an average six-footer, there isn't much left for the rear-seat occupant. The roofline dives into the boot, which takes away a few crucial millimetres from the headroom. Much like the 5 Series, this one is a four-seater at best too - for the same reasons. The transmission tunnel takes up too much of foot space in the rear. In case you plan on being chauffeur-driven, look elsewhere. This one begs to be driven! 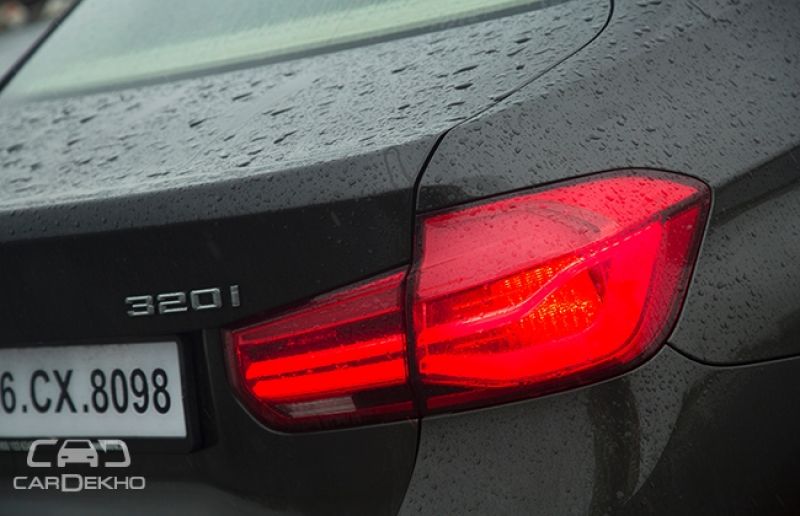 Like we said, the 2.0-litre engine feels right at home in the 3 Series. It complements the well-balanced chassis and the communicative steering beautifully. What is not so nice is the price. Since the 320i is a CBU it costs exactly as much the locally assembled 320d. Needless to mention, the diesel also gets the hotter M Sport variant and will be cheaper to run on a day-to-day basis. 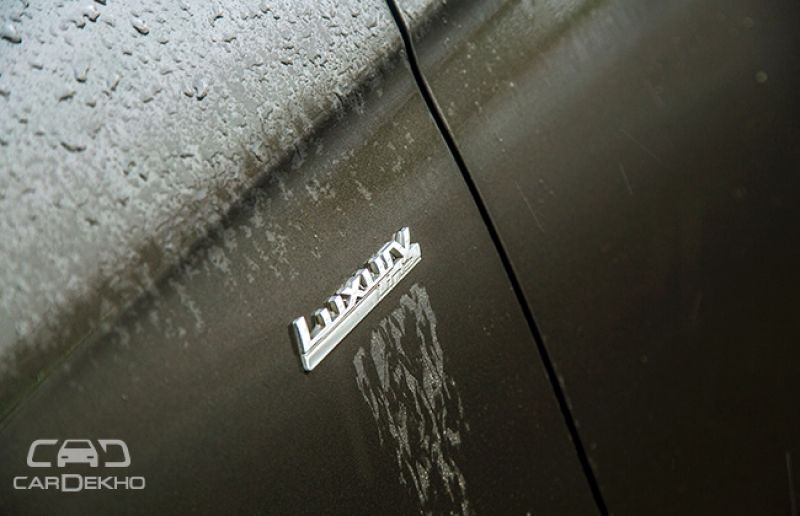 While it will be at ease battling it out with the current A4 (the new one is a couple of months away) and the C-Class for the title of being the 'Driver's Car', it feels short-handed when you bring in its own diesel sibling in the picture. In isolation, it is a brilliant car that can be a daily driver. Sadly, it isn't the best 3 Series there is.