Seven years and one facelift later, the German manufacturer is set to give the sedan a much-needed generation change.

BMW introduced the sixth-gen 3 Series (F30) back in 2011. Seven years and one facelift later, the German manufacturer is set to give the sedan a much-needed generation change. The seventh-gen sedan (G20), which is expected to make its debut at the 2018 Paris Motor Show in October this year, was recently teased by the carmaker undergoing endurance testing at the Nurburgring. 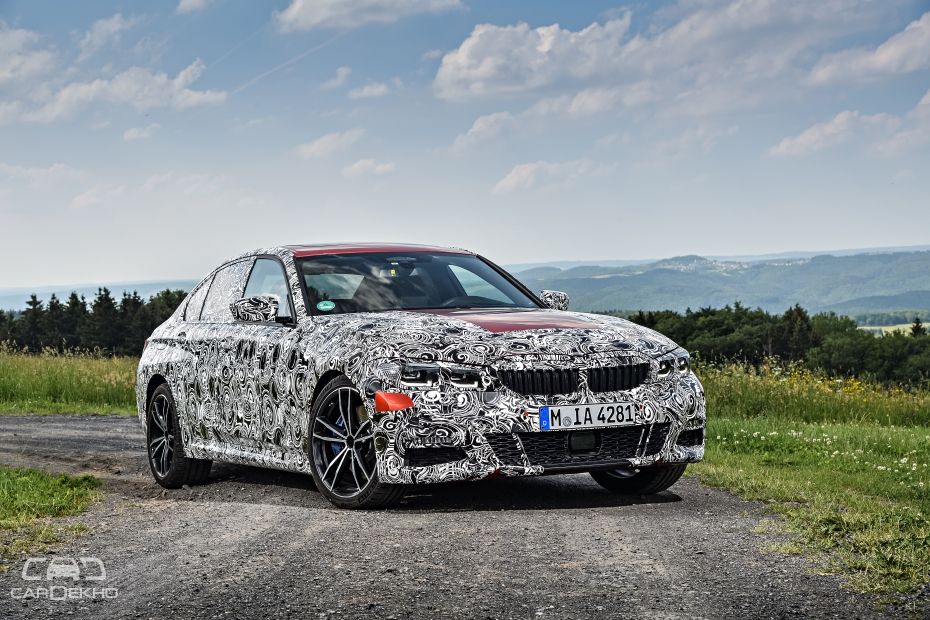 Although the sedan wore camouflaged panels, it’s quite easy to make out the new front fascia. In fact, it resembles the front end of the BMW’s latest sedans like the 5 Series and 7 Series. The signature kidney grille is now bigger and is flanked by new LED headlamps. The bumper has also been updated and features larger airdams. 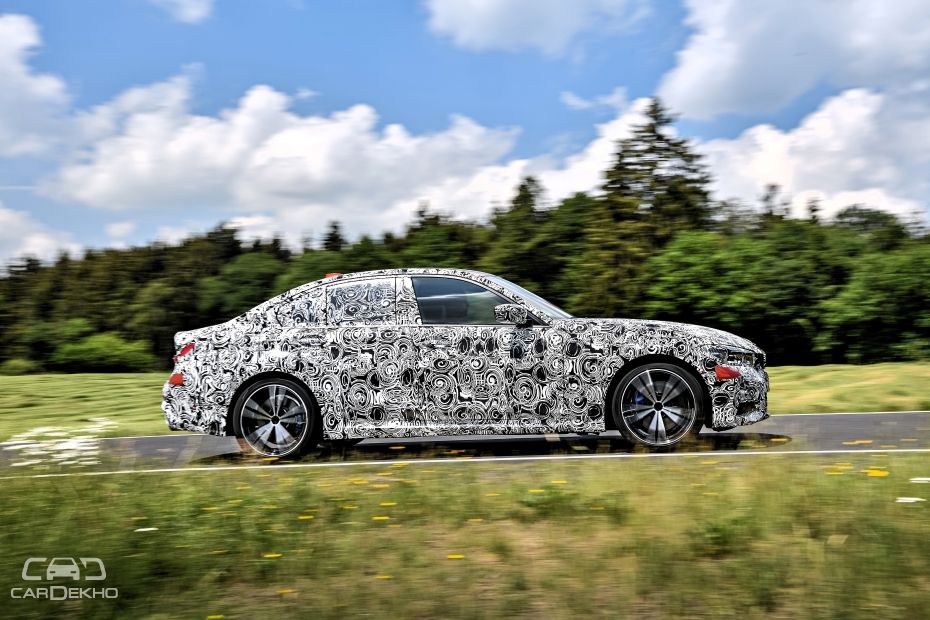 As expected, the side profile of the sedan looks similar to its predecessor. At the back, the new 3 Series features a heavily raked windshield and a new set of horizontally stretched tail lamps. 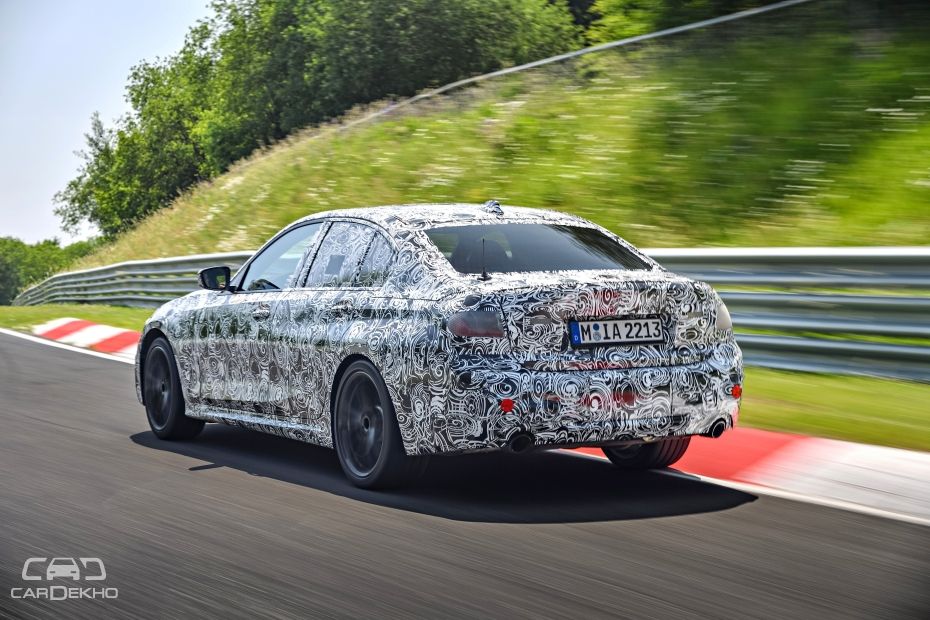 BMW says that the new 3 Series will be more sportier than its predecessor. To do this, the engineers have lowered the centre of gravity of the sedan by 10mm. Meanwhile, it has shed 55kg while still retaining a 50:50 weight distribution. BMW says it has also tinkered with the suspension to give it a more plush ride than before.

The 2019 3 Series will be the first-ever BMW to be fitted with lift-related dampers. These dampers neutralise the vibrations that occur when compensating for bumps on the road and during cornering. This should allow the sedan to recover smoothly from a sudden bump or a sharp turn. 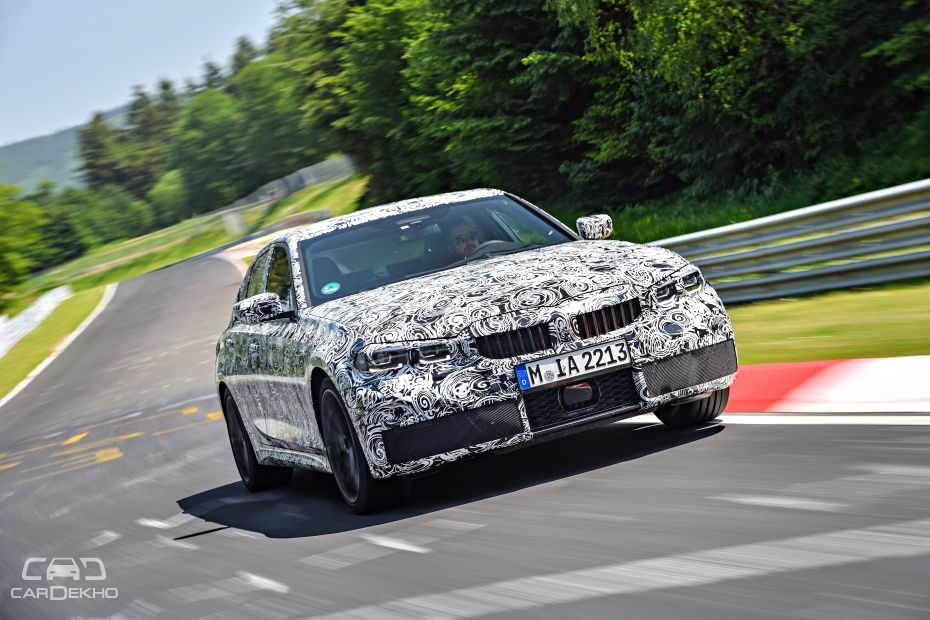 As far as engine options are concerned, the new 3 Series will get a revised 4-cylinder petrol motor. It is said to be the most powerful 4-cylinder petrol motor to be plonked into a series production model from the carmaker. It will be mated to an updated 8-speed Steptronic automatic transmission. The current 3 Series is powered by a set of 2.0-litre petrol and diesel engines which are mated to an 8-speed Steptronic automatic transmission.

The carmaker has not revealed any images of the sedan’s cabin. However, thanks to some spy shots, we now have an idea of what to expect from the upcoming sedan. More on this here. 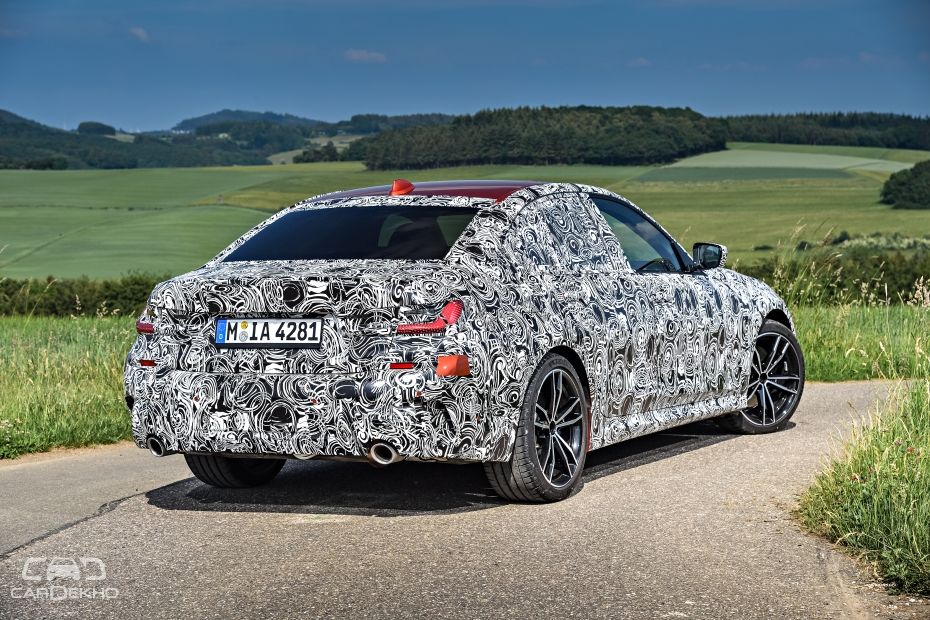 The 3 Series is expected to go on sale in the international markets by the end of this year. So, expect BMW to launch it here by 2019. It is likely to be priced at a slight premium over the current model, which is priced from Rs 39.80 lakh to Rs 47.30 lakh (ex-showroom India). It will continue to rival the likes of the Audi A4, Mercedes-Benz C-Class, Jaguar XE and the upcoming Volvo S60. All of these sedans are expected to get various updates soon. Mercedes-Benz will launch the C-Class facelift this October, while Audi is expected to bring the 2019 A4 by next year. Meanwhile, Volvo will also be gearing up to launch the all-new third-gen S60 sedan here.