Hyundai has unveiled the first-ever sketch of its upcoming small hatchback codenamed the AH2.

Hyundai has unveiled the first-ever sketch of its upcoming small hatchback codenamed the AH2. Although it is likely to be called the ‘Santro’ followed by a suffix, Hyundai will run a naming contest starting from today i.e. 16 August, 2018 and the final name will be revealed closer to its launch in October.

One of the reasons behind the original Santro’s popularity was its tallboy design and its spiritual successor, the AH2, will follow suit. A tallboy design makes getting in and out of the cabin much easier when compared to a relatively low-set vehicle. Despite being a tallboy hatchback, the AH2 will have a sloping roofline as indicated by the car’s silhouette in the sketch. 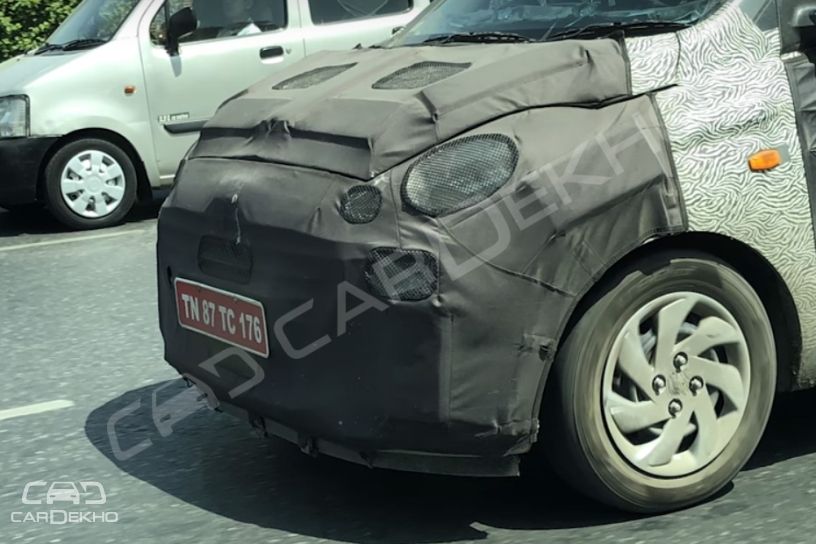 The sketch also shows a noticeable kink on the window line apart from prominent wheel arches. The AH2 will be the first product to be sold under Hyundai’s latest ‘Modern Premium’ philosophy which aims to offer a premium experience and enhanced value to customers.

The new Hyundai hatchback will be available with a petrol engine coupled to a 5-speed manual as standard. The carmaker will also offer variants equipped with an indigenously-developed AMT (automated-manual transmission) based on its 5-speed manual. Expect the hatchback to have a certified fuel efficiency figure of 20kmpl or more. The AH2 will go up against hatchbacks like the Tata Tiago, Maruti Suzuki Celerio and the upcoming next-gen Maruti WagonR. It’s expected to be priced from Rs 3.5 lakh (ex-showroom).