Country’s largest carmaker Maruti Suzuki has first transported cars from its Gurgaon facility to Varanasi by road, to then be loaded on the ro-ro vessel en route Haldia.

Maruti Suzuki is the first automaker in India to explore the option of transporting cars using waterways. In its inaugural run on 12 August, a roll-on-roll-off inland vessel set off from Varanasi's Aghoreshwar Bhagwan Ram Ghat on River Ganga to West Bengal’s Haldia river port. The vessel was carrying dozens of units of the Maruti Suzuki Alto and the Celerio.

Minister for Shipping, Road Transport and Highways, Nitin Gadkari will lay the foundation stone of the inland waterway terminal at Varanasi and flag off the trial run of two cargo vessels from Varanasi to Haldia near Kolkata, a distance of around 1,275km.

Country’s largest carmaker Maruti Suzuki has first transported cars from its Gurgaon facility to Varanasi by road, to then be loaded on the ro-ro vessel en route Haldia. While the road freight transport took 1.5-2 days, the waterway cargo will take another seven days (including halts for celebrations).

This is not only an environmental-friendly way to move goods and reduce the burden on road and rail, but is also a move to cut down costs. The cost of ferrying goods via waterways is as low as 30-50 paise per kilometre per tonne, way below the cost of hauling goods by road, Gadkari told NDTV.

“The waterways are the new frontier to bring down logistical cost in India. Big manufacturing and exporting nations like USA and China have achieved to lower logistical costs to 8-12 per cent. In India it's 18 per cent minimum on an average. For Indian products to get competitive the logistical cost has to be brought down,” he added.

The Nagpur MP will also flag off a multi-modal terminal (MMT), a hub that will handle rail road and waterway transport, at Varanasi. Along with setting up five big terminals between Varanasi and Haldia, the ministry has big plans for establishing the Ganges as one of the arterial waterways.

A Rs 7,000 crore project has already been cleared to keep waterways operational throughout the year. In the next phase, the project will reach Kanpur on the Ganga. The potential of such infrastructure is being tested in Brahmaputra and other rivers too. 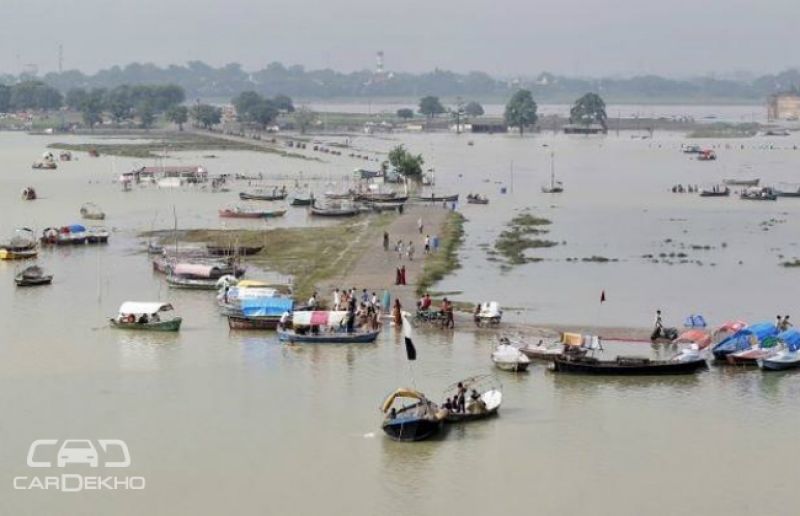 The length of waterways in India, comprising rivers, lakes, canals, creeks, backwaters etc., totals up to about 14,500km. Of this, 5,200km of the rivers and 4,000km of canals can be used by mechanised craft.

Indicating a paradigm shift in terms of waterway transport, India’s lawmakers had recently passed a bill to convert more than a 100 rivers across the country into National Waterways.