Compact SUVs are getting more popular every day. Earlier the choices were very few, but with the introduction of Hyundai Creta and Maruti Vitara Brezza, the segment has become very competitive. Though we go through numerous expert reviews before buying a car, the final decision is made after we get the reviews from our family and friends. So, to help you choose better, we have collected the information directly from the owners of two of the most popular compact SUVs.

But before we proceed, let’s have a quick look at the sales performance of both these SUVs in the past 10 months.

Both the SUVs are neck-and-neck with each other, with the Vitara Brezza having an upper hand in the overall sales.

Have a look at our interesting findings based on the user experience in reviews on different online platforms; you’ll love it for sure. 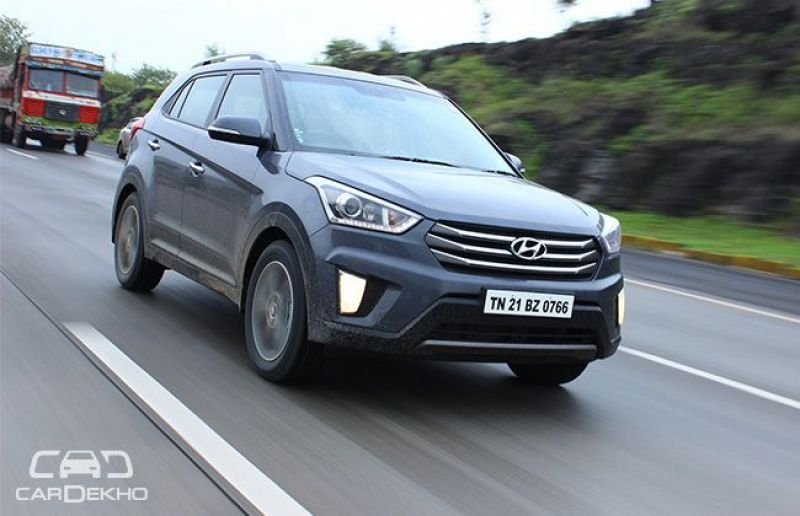 People boasted about the smart looks of the Creta with some even mentioning that it was the looks and the road presence of the Hyundai SUV that pulled them towards its dealerships. However, that wasn’t the case with the Maruti Vitara Brezza. Buyers opted for this SUV more as it was from the most trusted carmaker who understands the needs of an Indian consumer. Another plus for the Maruti car was the choice of trendy and dual-tone colours on offer. The users were all gaga for the No. 1 passenger carmaker of the country for its low cost service and widespread after-sales network. 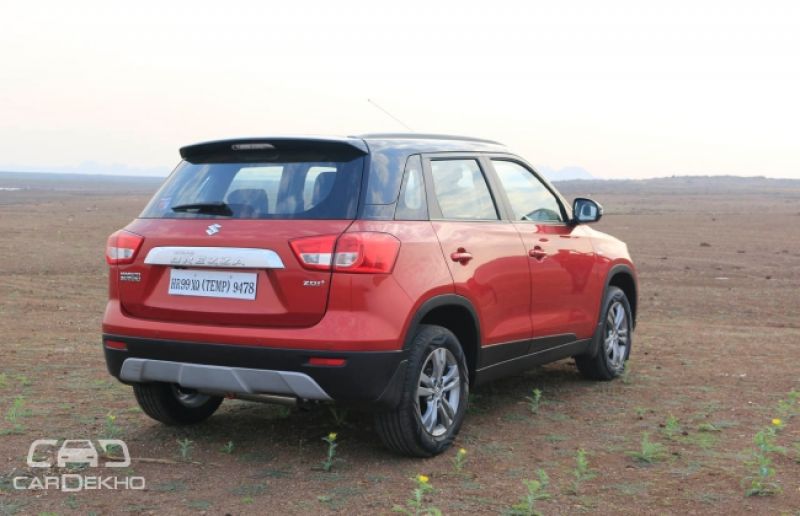 Amidst the praise, some owners complained about the flimsy quality of the bumper and the overall exterior body shell of the Brezza, which is prone to dents and scratches. However, not a single owner of the Creta spoke badly about its plastic quality.

While some cribbed about the Brezza for its puny 1.2-litre diesel engine, the Creta was praised for its powerful range of diesel and petrol engines. The Vitara Brezza runs out of gas when loaded with five passengers along with their luggage, a few owners quoted. If there was one standout aspect which everybody boasted about the Brezza, it was its excellent mileage of 22-23kmpl.

Contrarily, the Creta received bashing for its poor mileage in petrol version. The diesel fuel economy, however, was satisfactory. While the 6-speed automatic of the Creta was applauded for its smooth functioning, Maruti was on the receiving end for not offering AT and petrol options with the Brezza. The good number of the Creta variants (14) too got mentioned in a few user reviews. 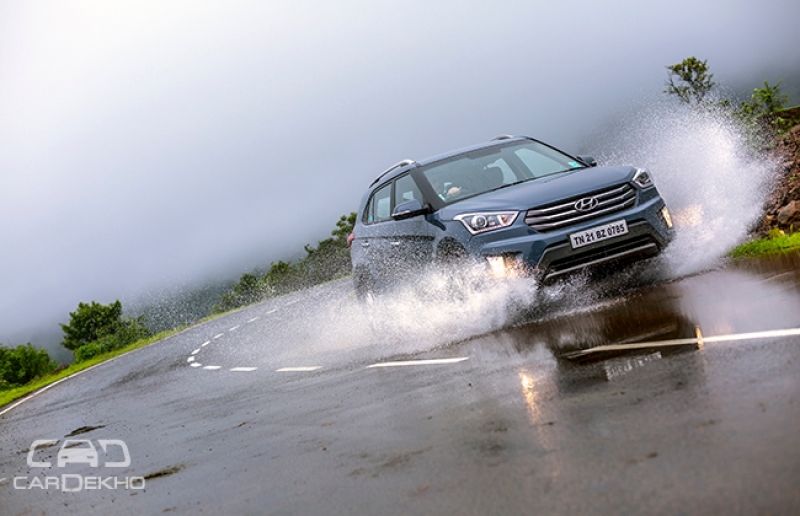 For the Hyundai SUV, some were of the view that an AWD (All Wheel Drive) version should have been provided, given the price tag it carries. Good road view and high ground clearance was appreciated in the Creta.

Both the vehicles received good remarks for their high-speed stability on highways, with each going above 120-130kmph with ease. However, the Creta scored better in terms of handling and better suspension setup. The NVH (Noise, Vibration and Harshness) levels were also recorded similar in both the Vitara Brezza and the Creta, with the latter’s cabin marginally quieter than the former. 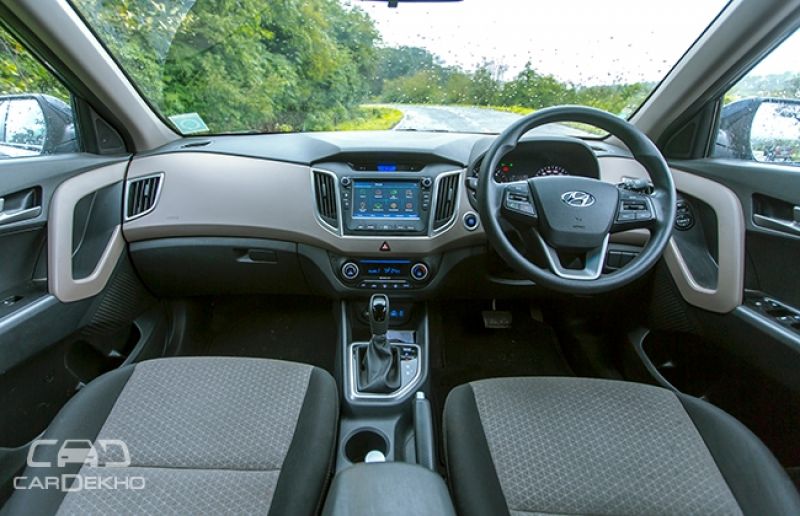 Most Maruti Vitara Brezza owners felt that apart from a few areas, a larger portion of the interiors was uninspiring. On the contrary, the Creta buyers gave a 10-on-10 for its premium cabin. Some Brezza buyers loved the different colour combos offered in the instrument cluster. When it comes to features, most buyers agreed that the Hyundai vehicle was more loaded. While the Creta’s navigation worked superbly, the Brezza’s was tagged as lethargic. 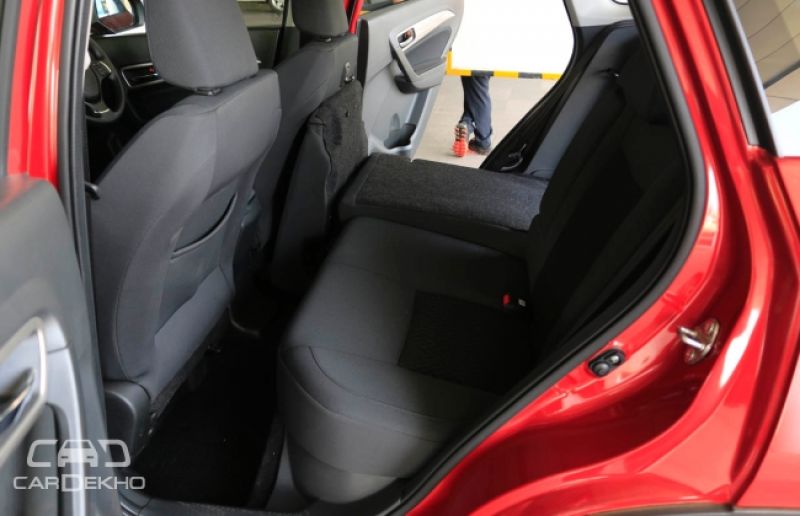 Most Hyundai Creta owners highlighted its comfortable cabin, whereas some users criticised the rear seat comfort of the Brezza. The legroom and under-thigh support at the rear seat of the Creta was cheered in particular.

The presence of the six airbags and other safety equipment in the Creta was lauded by most owners along with Hyundai’s 3-years/unlimited kilometres warranty. 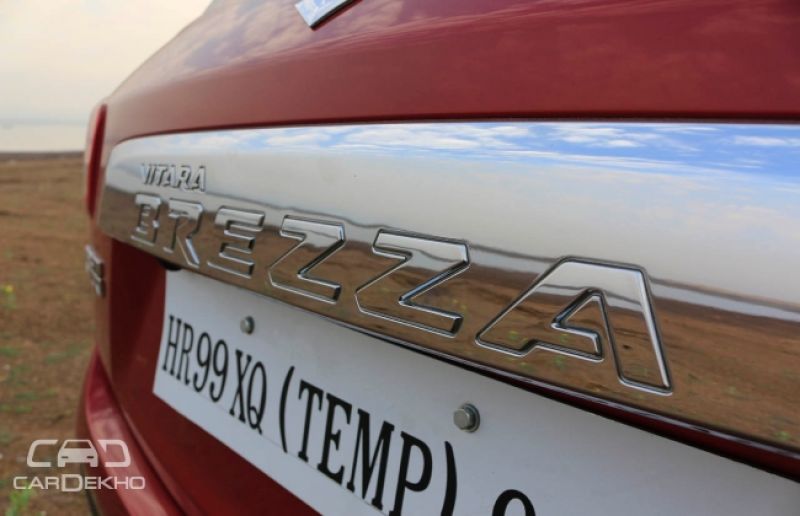 With respect to pricing, more than fifty percent of the existing owners felt the Hyundai Creta is a bit overpriced, while, at the same time, Maruti owners were drumming about its affordable price tag.