Prime Minister Narendra Modi toured Masdar in Abu Dhabi, which is a zero-carbon smart city, prior to heading to Dubai for a mega meeting with 50,000 Indian community members.

Prime Minister Narendra Modi toured Masdar in Abu Dhabi, which is a zero-carbon smart city, prior to heading to Dubai for a mega meeting with 50,000 Indian community members. A demo ride in a self-driving car, which is a part of Masdar city's Private Rapid Transit or PRT was amongst the highlights of the PM's tour. The car is guided by a virtual software for its commutes and runs on lithium batteries that are powered by solar energy. The car also eliminates the possibility of collision.

Just like any other event, a zealous crowd of Indians assembled in Masdar to witness the PM's ride and he could be observed waving at the crowd. The PM is very concerned about the climate change. PM’s office tweeted: "PM Modi discussed urban development and next generation urban spaces at Madsar".

PM Modi also met with the architects of the city. PM Modi is expected to develop ideas to carry out his initiative of building smart modern cities in India by gaining inspiration from Masdar, which also happens to be a car-free city, something that we are not particularly excited about. PM held a meeting with potential investors and wrote "Science is life," in a digital visitor's book at Masdar City 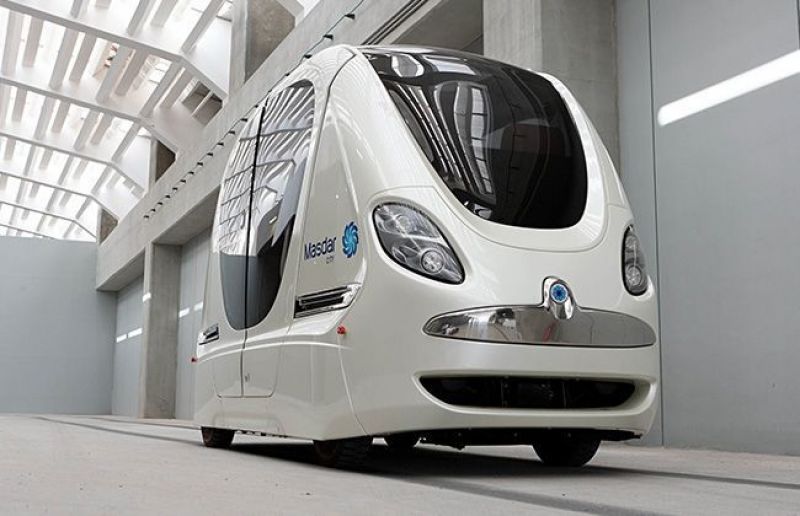 One of the key focuses of PM Modi's two-day visit to the United Arab Emirates was to boost trade with the oil-rich state, which is valued at around USD 60 billion. This makes it India's third largest trading partner for the year 2014-15 after China and the US.

PM Modi has become the first Indian Prime Minister to visit UAE in 34 years. PM Modi had lunch with the ruler of Abu Dhabi post-culmination of his talks with business delegations. PM addressed 50000 members of the Dubai Indian community at a cricket stadium that seats 40000 and screens were put up outside for those who did not gain entrance. Unlike USA and Australia, where over the course of time NRI’s have gained citizenship, the Indian community in UAE is largely Indian citizens.

According to the figures of Indian embassy, there are about 2.6 million Indians who live and work in the UAE, out of which about 60 per cent of the population constitutes blue-collar workers.