While the T-Roc is about the same size as the Hyundai Creta, it is likely to be significantly more expensive

Volkswagen is planning to launch the T-Roc SUV in India in the second half of 2019. The T-Roc will be the second VW SUV in India after the Tiguan. It is smaller than the Tiguan and will be positioned under it. The Tiguan is priced from Rs 28.07 lakh (ex-showroom).

Positioning: Creta rival size-wise, but could be as expensive as Tucson

The T-Roc will allow Volkswagen to compete in the compact and mid-size SUV segments, where the carmaker doesn’t have any presence right now. Compact SUVs in India comprise of cars like the Hyundai Creta and Renault Duster while the mid-size SUV segment includes cars like the Jeep Compass, Tata Harrier, Mahindra XUV500 and the Hyundai Tucson. While the compact SUVs are priced from around Rs 9 lakh, the most expensive version of the mid-size Tucson SUV goes up to around Rs 27 lakh! 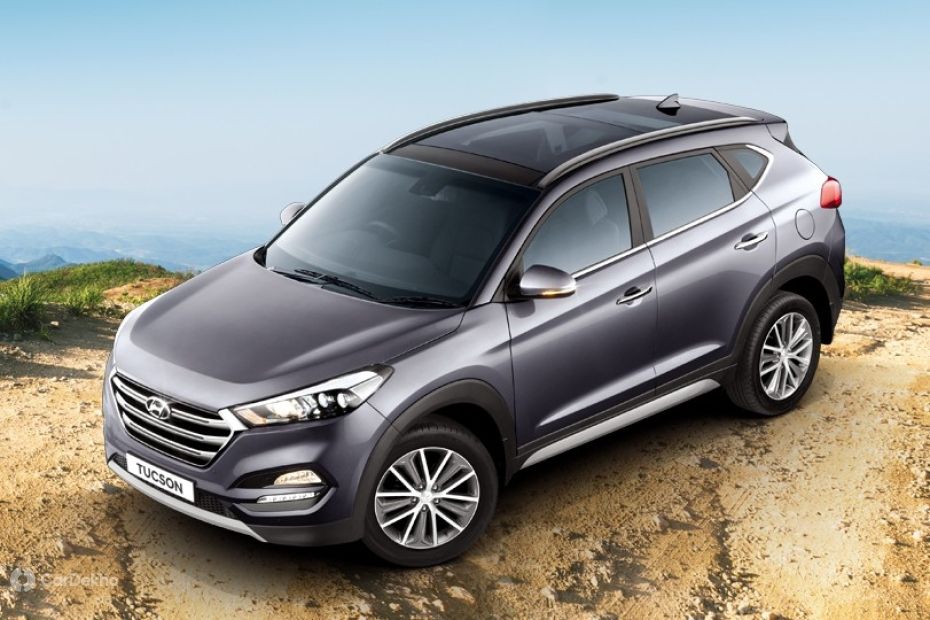 Despite being a Creta-rival in terms of size, the T-Roc will most likely be priced to take on the likes of the Jeep Compass and Hyundai Tucson. The reason for the T-Roc being so expensive is because it will be imported to India from Europe.

In order to make a buying case for the T-Roc in the mid-size segment, Volkswagen might ship in a more feature-rich and powerful version of the SUV. Amongst the variety of powertrains that it gets in the UK, Volkswagen could opt for the 1.5-litre TSI EVO engine paired with a 7-speed automatic DSG transmission for the T-Roc in India. In the UK-spec T-Roc, this engine produces 150PS of maximum power. In comparison, the India-spec Hyundai Tucson gets a 2.0-litre petrol engine that makes 155PS of maximum power. The Jeep Compass, on the other hand, is powered by a 1.4-litre Multiair petrol engine that makes 163PS of maximum power. 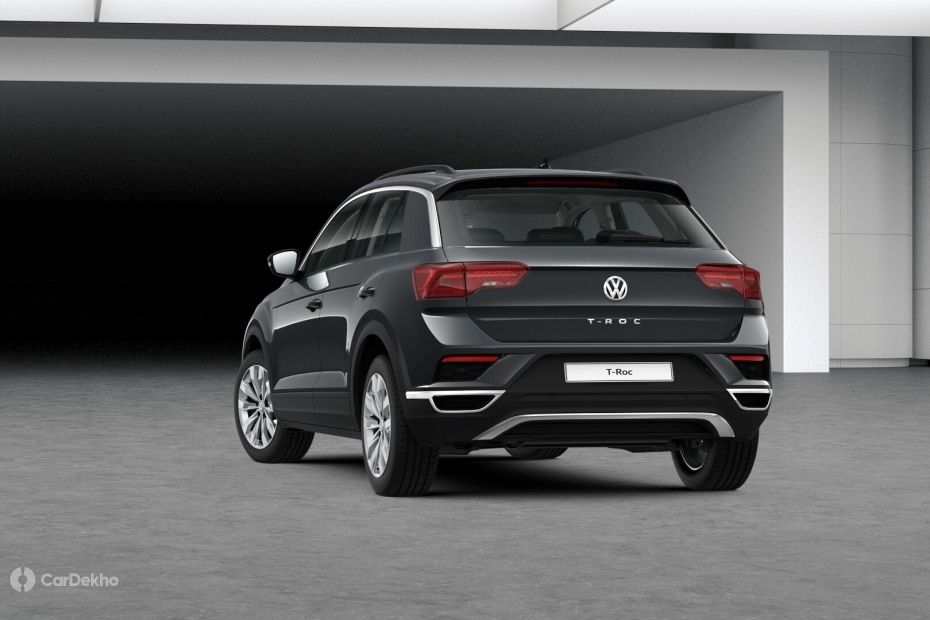 Besides the 1.5-litre TSI EVO engine, VW has a 2.0-litre TSI engine in its UK-spec T-Roc portfolio. This engine is only available with a 7-speed DSG automatic transmission coupled with 4WD. This is the flagship petrol engine of the UK-spec T-Roc and makes 190PS of maximum power. It remains to be seen which powertrain VW plans to offer in India. The T-Roc is also available with the 2.0-litre, 150PS TDI diesel engine in the UK with both 6-speed manual and 7-speed DSG automatic transmission options. Since this engine is significantly less powerful than the Tucson’s 2.0-litre, 185PS unit and the Compass’ 2.0-litre, 173PS engine, VW might opt to not offer it on the T-Roc in India. 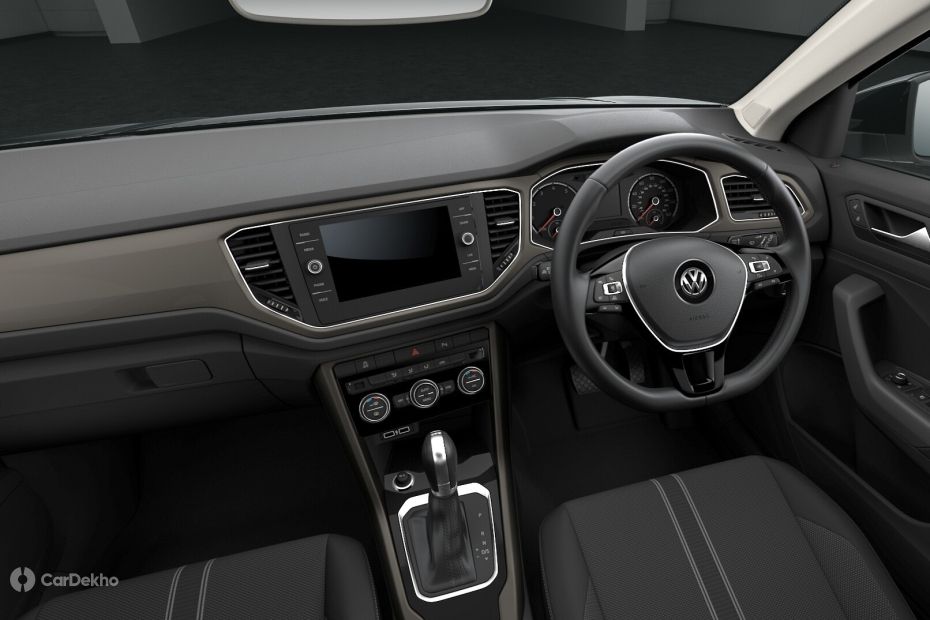 In terms of features, the T-Roc is available in five variants in the UK: S, SE, Design, Sel and R-Line. The base S variant in the UK gets features like alloy wheels, electrically heated and adjustable door mirrors, halogen headlamps with LED DRLs, tilt and telescopic steering wheel, front, side and curtain airbags, electronic stability control and a two-zone automatic climate control. Interestingly, this variant doesn’t come with either the 1.5-litre or 2.0-litre petrol engines that are likely to come to India.

The most affordable variant to get the 1.5-litre petrol engine is the SE, which, over the S variant, gets an 8-inch touchscreen infotainment system with Apple CarPlay and Android Auto, 17-inch alloy wheels, leather-wrapped steering wheel, electrically-foldable ORVMs, adaptive cruise control and front and rear parking sensors.

The T-Roc SE powered by the 1.5-litre petrol-DSG powertrain is priced at £20,000 (~Rs 18 lakh). If VW plans to bring this variant to India, expect it to be priced in excess of Rs 20 lakh. For reference, the Tucson petrol-auto range starts from Rs 21.84 lakh and goes up to Rs 23.7 lakh (both prices ex-showroom Delhi). 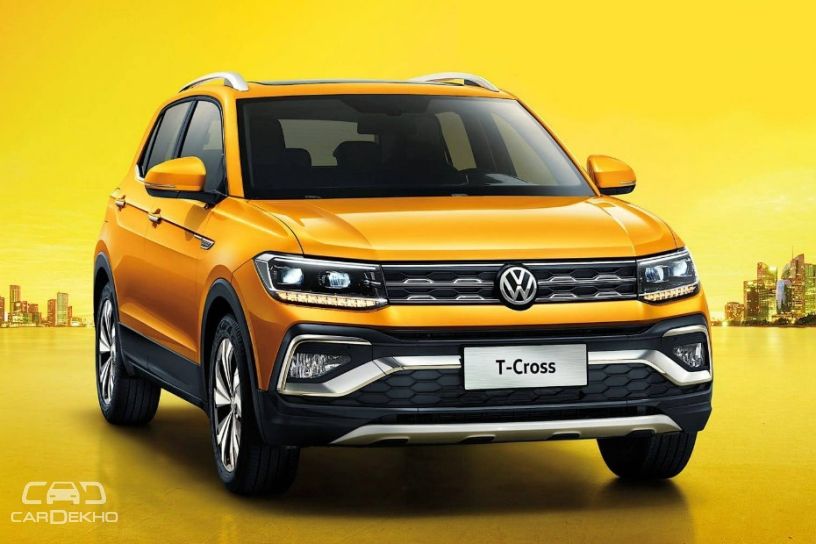 SUVs is the segment to be in, and Volkswagen will introduce another SUV in India after the T-Roc. While the T-Roc will come to India in 2019 (and it might come in limited numbers only), the T-Cross SUV will debut in 2020 and will be manufactured locally. The T-Cross is similar in size as the T-Roc, but it will be a lot more affordable, less equipped and less powerful too. It will rival the likes of the Creta and Duster in India, both in terms of price as well as size.