The new updates will help it to keep up with the competition as various new cars like the Tata Tigor and the new Maruti Suzuki Swift DZire will try to grab its market share.

Hyundai will introduce the Xcent facelift in the Indian market on April 20. The current Xcent is the second most selling car in its segment after the Maruti Suzuki Swift DZire. The new updates will help it to keep up with the competition as various new cars like the Tata Tigor and the new Maruti Suzuki Swift DZire will try to grab its market share.

The Xcent's mid-life update is expected to be inspired by the Hyundai Grand i10 facelift that was launched this year in February. The biggest change, therefore, is going to be under the hood. Like the Grand i10 facelift, the Xcent diesel will now get the 1.2-litre diesel engine which is the same 1.1-litre engine reworked to displace more volume and deliver better power and torque figures.

On the outside, expect the Xcent facelift to share the front grille and the front bumper with the Grand i10 facelift. So, new bits like LED DRLs, new front grille and fog lamp housing should become a part of the exterior makeover. The rear should also get a redesigned bumper and split tail lamps. 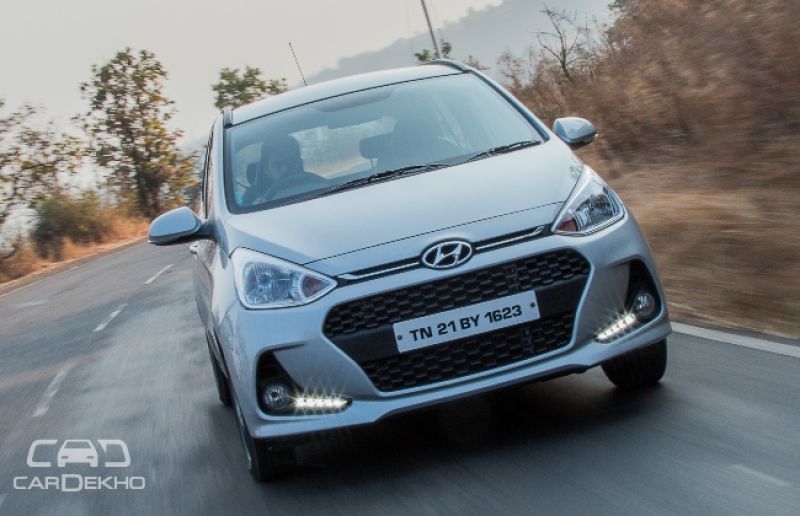 On the equipment chart, expect features like LED DRLs and 7.0 touchscreen audio system with Apple CarPlay and Android Auto to make it to the Xcent's feature list.

Hyundai Xcent's prices currently start from Rs 5.45 lakh and go up to Rs 8.13 lakh (ex-showroom Delhi). The updated Xcent should remain in the same price range (Rs 5.5 to Rs 8.5 lakh).