The spy shots suggest that the 45X will feature a large touchscreen infotainment system mounted on top of the dashboard, just like on the Nexon.

Tata Motors showcased its concept hatchback, the 45X, at the 2018 Auto Expo. The premium hatchback is expected to make its debut soon after the Harrier next year. The homegrown car manufacturer has been busy testing the 45X on public roads and previous images have given us a fair idea of what the production-spec hatchback could look like. Now, however, we’ve got out hands on a new set of spy shots that give us a glimpse of its interiors. 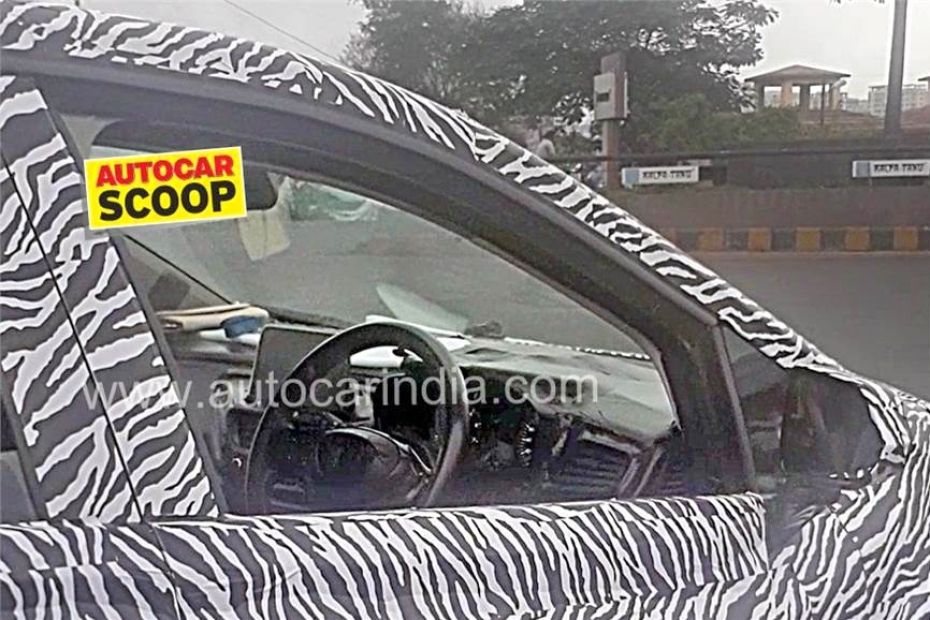 The spy shots suggest that the 45X will feature a large touchscreen infotainment system mounted on top of the dashboard, just like on the Nexon. However, the screen appears larger than the 6.5-inch unit seen on the sub-4 metre SUV. We think it could be a 7-inch unit as its primary rivals - the Maruti Suzuki Baleno and the Hyundai Elite i20 - are offered with the same. It’s also logical to assume that the 45X will get a Harman sound system like its stablemates. We think it could be the same eight-speaker system offered in the Nexon. 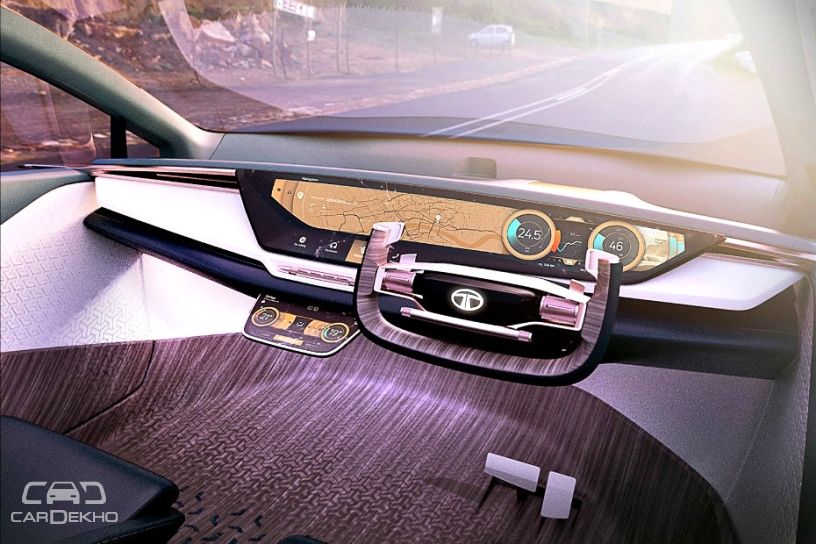 Apart from the above details, the images also show the all-black treatment for the cabin, the placement of the AC vents and an analogue instrument cluster. We’ll have to wait for more spy shots or the official unveiling, which is expected to happen in early 2019, for more details of the interiors. 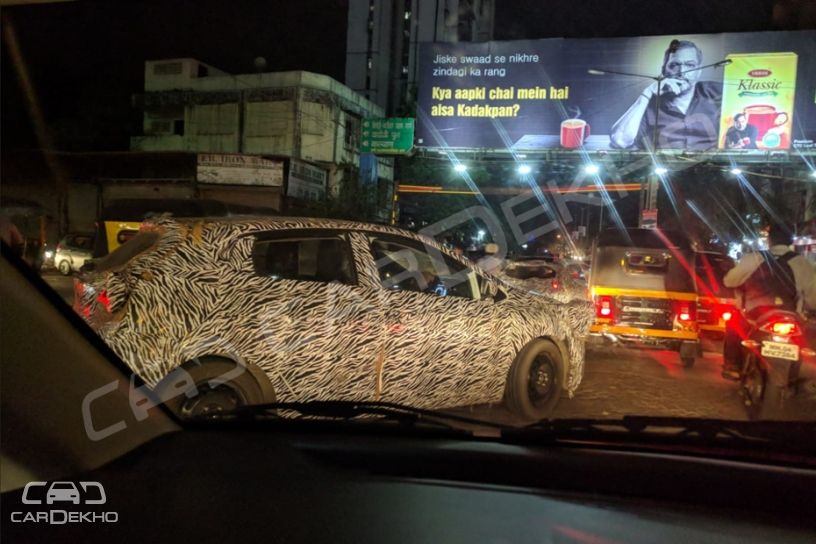 On the outside, the production-spec version of the hatchback is expected to look quite similar to the concept. However, it will likely be under four metres in length, unlike the concept, which was 4.23m long. The silhouette of the test mule looks similar to the 45X concept. It gets a swooping roofline and upward sweeping window line. The rear door handles are placed on the C-pillar, as seen on the concept, and make the side profile look relatively clean. While the test mule had dummy tail lamps, the production-spec hatchback is expected to get LED units.

As far as the engines are concerned, the 45X is expected to share its powertrain options with the Nexon. The Nexon is powered by a 1.2-litre turbocharged petrol (110PS/170Nm) and a 1.5-litre diesel (110PS/260Nm), both mated to a 6-speed manual transmission or a 6-speed AMT.