Clash of segments: Maruti Swift vs Maruti Dzire - which car to buy?

Planning to stay within the Maruti family but cannot decide whether it’s the Swift or the Dzire that suits your needs better?

With an annual sales figure well over a million units, it’s no doubt that owners of Maruti Suzuki vehicles in the country outnumbers the entire population of Iceland! If you are not one of the million but are eyeing a new car within the Rs 10 lakh price bracket, the Swift and Dzire must surely be ranking high on your list. However, which of the two suits your needs better? We’ve got all the answers to your questions.

Both cars not only rule the sales charts in their respective segments, they also share the same platform, a lot of features and engine options. The prices of several of their variants overlap each other too. So here’s a look at some of the major differences between the two. 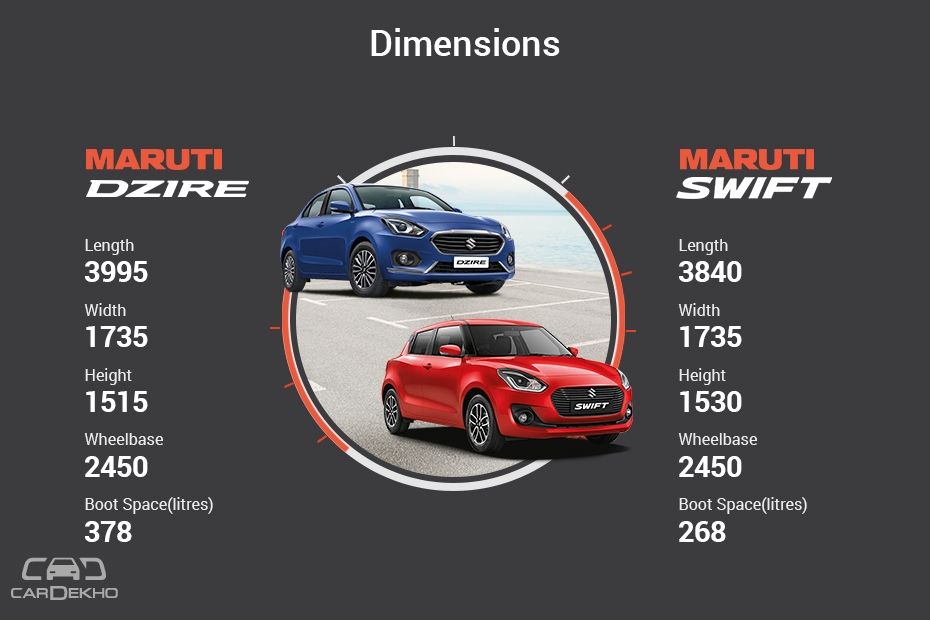 Common features: Both cars come with a basic safety kit which includes ISOFIX child seat mounts, ABS with EBD, dual airbags and seatbelts with pretensioners. Apart from these, both share a dual-tone interior, a tilt adjustable steering, a gear shift indicator, a front accessory socket and an antenna.

Additional features in the Dzire over Swift: Bottle holders in the doors

Takeaway: Since we have cherry-picked the Dzire’s base variant against the V variant of the Swift, the feature deficit is monumental. The Swift outscores the Dzire in terms of useful features and is worth considering since it costs just Rs 31,000 over the sedan’s base variant. 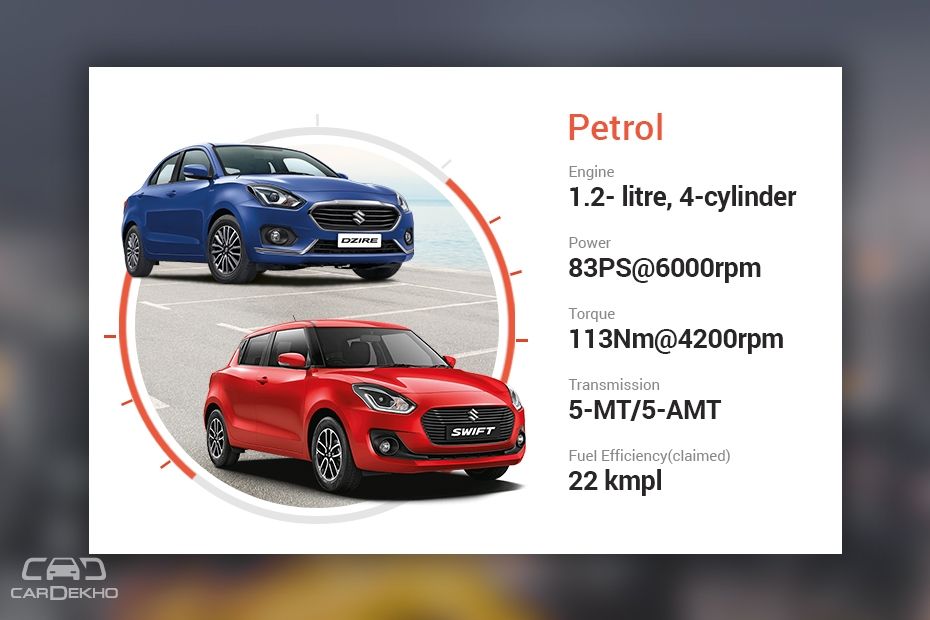 Additional Features in the Dzire over Swift: Chrome accents on the front grille, cabin with burl wood and chrome ornamentation, rear armrest with cupholders, rear AC vents with accessory socket and a boot lamp.

Takeaway: There’s a considerable gap between the when it comes to features. For an additional sum of Rs 5,000, you can upgrade from the Dzire V variants to the Z variants of the hatchback that gets a lot more goodies that not only enhances practicality but also give it a more premium feel. The Swift is the clear value-for-money pick here for those who drive themselves.

However, if you spend most of your time in the rear bench, it’s the Dzire V that will be more welcoming as all the additional features that the Swift Z gets over the Dzire V are either cosmetic or driver-centric. And since the Dzire V packs all the basic features, it won’t disappoint you on days when you feel like getting behind the steering wheel. 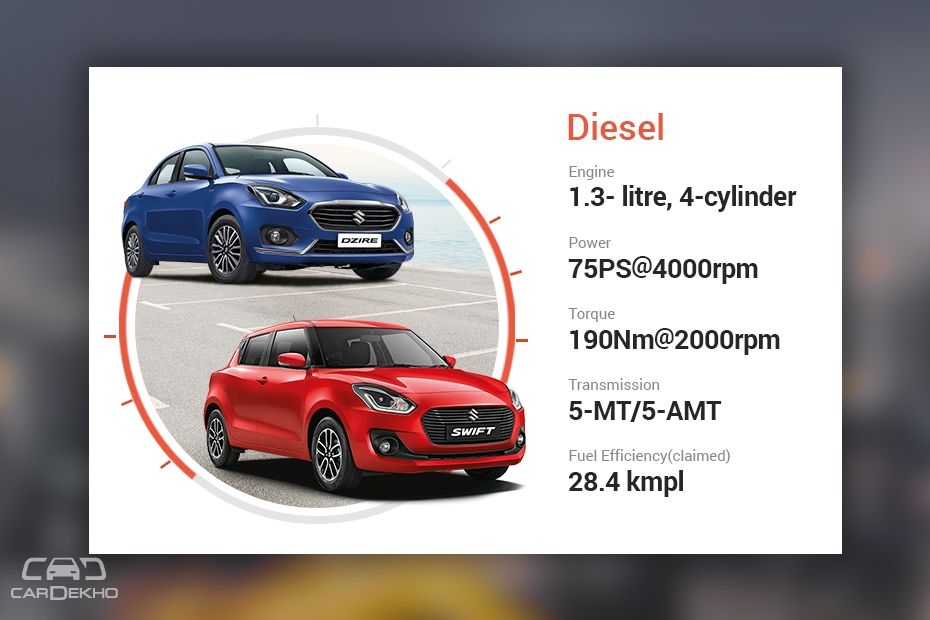 Additional features in the Dzire over the Swift: Chrome window liner strip

Takeaway: The Swift commands a premium of Rs 23,000 but the additional features makes up for it. However, like we’ve seen in the Dzire V and Swift Z comparison, the sub-4 metre sedan remains the car of choice for those seeking a more comfortable rear seat since the additional features that the Swift gets are all driver-centric.

Takeaway: The top variants of the Dzire and the Swift get the same set of features. However, you have to pay an extra Rs 67,000 for the sedan. So if you are looking for a feature-laden car but not worried about the space on offer, go for the Swift.