Here is a look at Isuzu MU-X vs Rivals

The Isuzu MU-X replaces the old MU 7 in the Indian market. It is based on the Chevrolet Trailblazer and will be locally manufactured in India. It primarily competes with the likes of the Toyota Fortuner and the Ford Endeavour. As we already know the specification of the MU-X, let's compare it with its rivals and see if it has enough potential to make a mark. 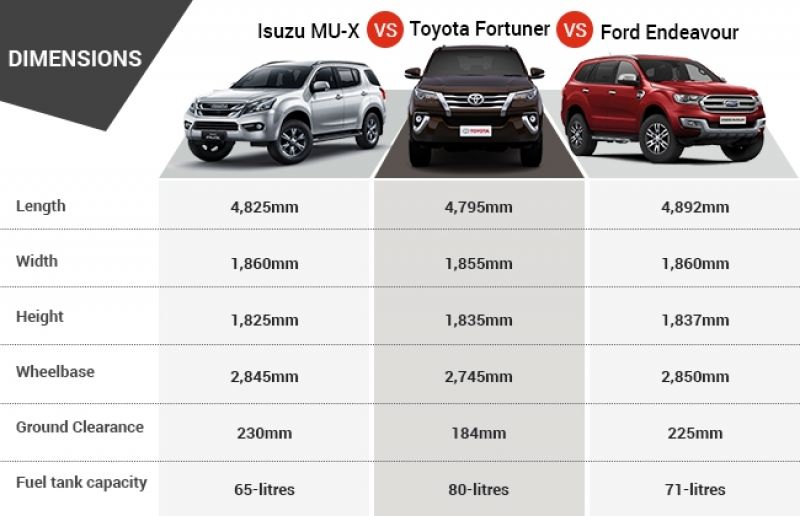 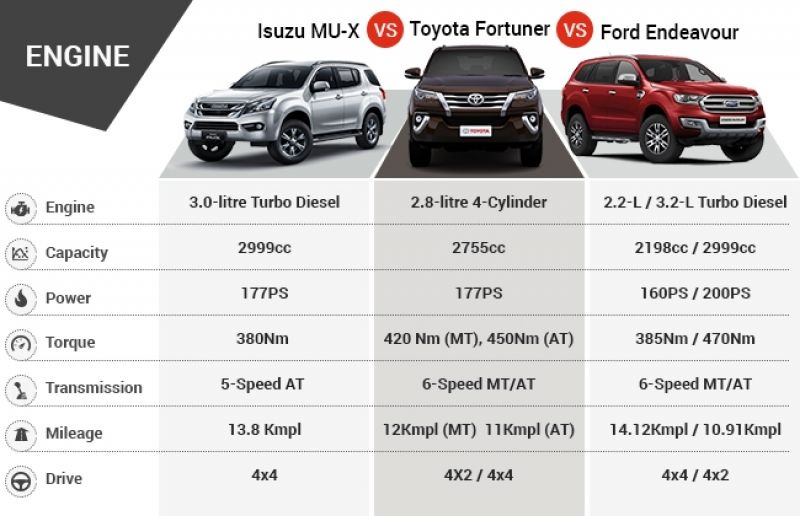 As the Endeavour has the biggest engine in this comparison, it is the one with the highest power and torque figures of 200PS and 470Nm. The MU-X has a slightly bigger engine than the Fortuner, which produces the same power as Fortuner (177PS), but the torque is lesser at 380Nm. When it comes to real world driving condition, although the Endeavour is heavier than the Fortuner, the additional power helps it to accelerate quickly than the Fortuner. We are yet to drive the MU-X, so nothing can be said until then. While the Fortuner and the Endeavour have a manual and an optional automatic gearbox on offer, the MU-X has a 5-speed automatic only. All three SUVs offer four-wheel drive configuration. While the Endeavour comes with the Terrain management system, the MU-X and the Fortuner have the option to change the gearbox to high range and low range.

The claimed fuel efficiency of the MU-X stands second after the 2.2-litre engine on the Endeavour.

The Endeavour continues to rule this segment, be it in terms of straight line performance or off-roading abilities. However, the upcoming MU-X looks promising too. With a four-wheel-drive drivetrain and a low-range gearbox, it won't take long to get out of tricky situations. 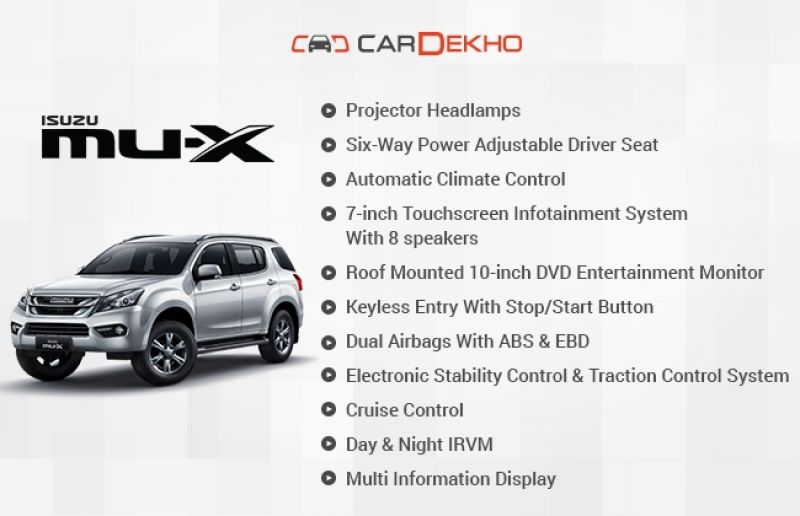 Here's where the MU-X is expected to outgun its rivals. The top-spec MU-X is expected to have a price tag of around 25 lakh, making it significantly cheaper than the Endeavour and the Fortuner. While the Fortuner starts at Rs 26.66 lakh and goes up to Rs 31.86 lakh, the Endeavour starts at Rs 24.94 lakh and goes upto Rs 31.5 lakh (all prices, ex-showroom, Delhi). However, the cost cutting does come at the loss of several features. But on the flipside, the MU-X comes with a lot of features like dual-airbags, ABS with EBD, traction control system, electronic stability control, projector headlamps with LED DRLs, automatic climate control, stop/start button, Cruise Control and roof mounted 10-inch DVD entertainment monitor. 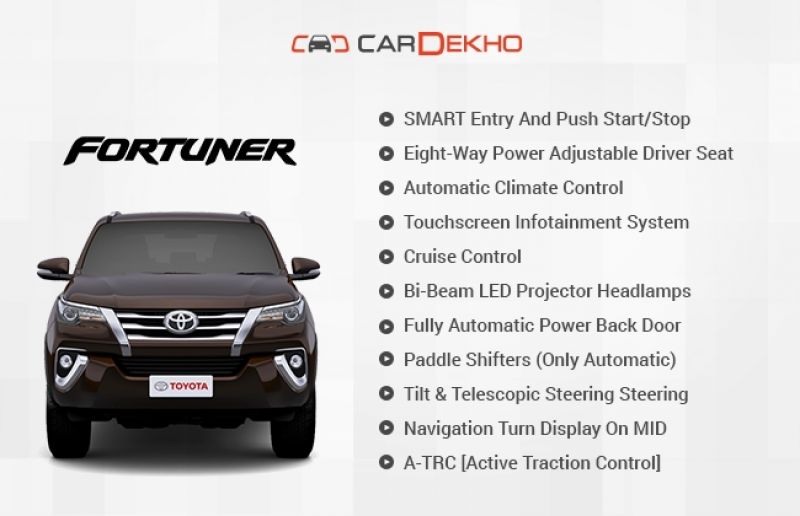 When we compare the MU-X with its rivals, they are much better equipped and offer features like 7-airbags and powered tailgate. The Endeavour also has additional features like a panoramic sunroof, semi-auto parallel park assist, active noise cancellation and dual-zone automatic climate control. 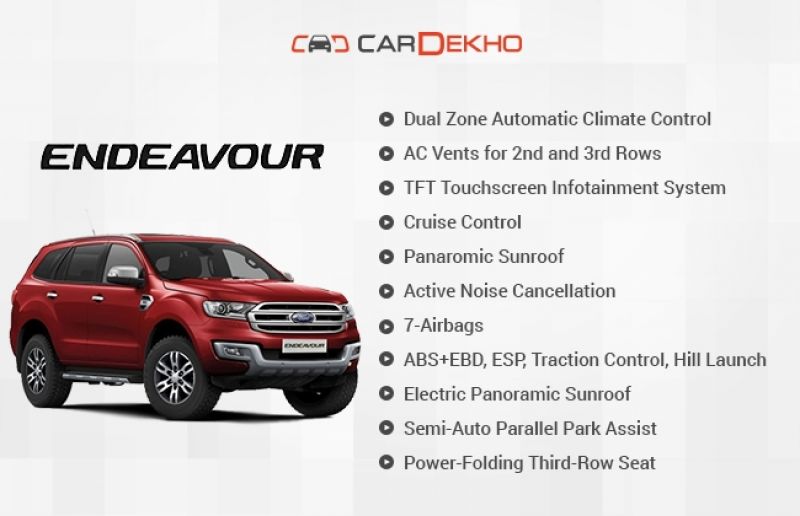 The prices of these top-spec premium SUVs are almost the same as the entry-level luxury SUVs. With the introduction of the MU-X, more people would be able to own a premium SUV. The MU-X certainly looks capable enough to compete with its rivals regarding space and performance. As far as features are concerned, there's never an end to it, and the MU-X is likely to be a value for money offering so it shouldn't bother most of the interested buyers.