The compact sedan will be powered by a 1.2-litre, three-cylinder, petrol engine which will churn out 84.96PS of power and 114Nm of peak torque. (Photo: indianautosblog.com)

Tata Motors showcased the Kite 5, a compact sedan based on the Tiago, during the 2016 Delhi Auto Expo. Now, the car has been spotted testing in Coimbatore, ahead of its official launch. We expect it to make its entry into the market during the festive season. It is apparent from the spy shots that the Kite 5 will come in the same orange colour that the Tiago is currently offered in.

Considering that the car was spotted in a shade of blue in the previous spy shots, we are guessing that blue would be one of the colours that car will be offered in. The design on the front-end is also borrowed from the Tiago. The car has a stout boot (capacity of 420 liters), wraparound taillamps and a long LED strip for the third brake light. The Kite will also carry over the Tiago’s interiors, but will be finished in a slightly darker shade. 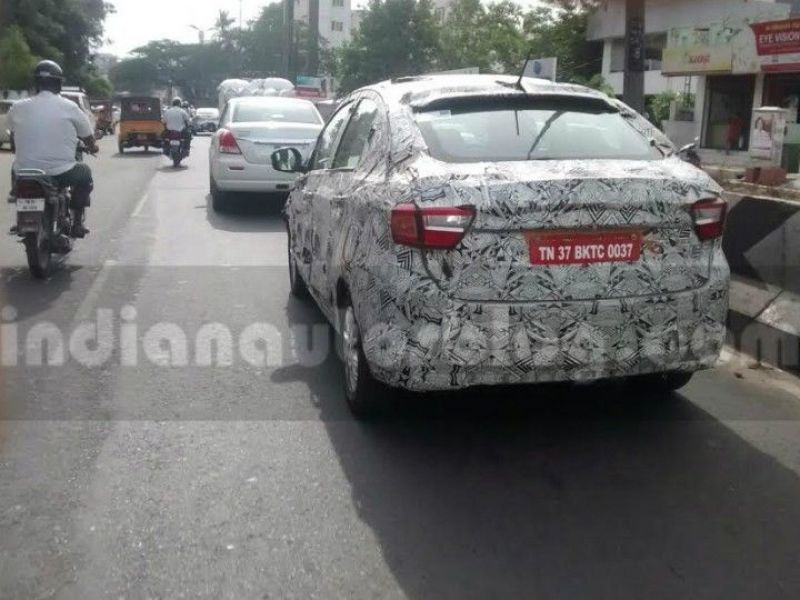 The car will be offered with both a petrol and a diesel mill in India. Mechanically, the compact sedan will be powered by a 1.2-litre, three-cylinder, petrol engine which will churn out 84.96PS of power and 114Nm of peak torque, while on the other hand, the oil burner variant will be equipped with the all-new 1.05-litre, three-cylinder, turbo-charged mill that will produce 69.96PS of power and a massive 140Nm of torque. Both the petrol and the diesel motors will be available with multi-drive modes i.e. Eco and City.

Dimensions wise, the car measures 3,995mm in length, 1,647mm in width and 1,535mm in height, and has a wheelbase of 2,450mm. The Kite 5 is said to be in its final stages of entering the production. After its launch, the car will compete against likes of the Maruti Swift Dzire, the Honda Amaze, the Volkswagen Ameo and the Ford Figo Aspire in the Indian market.