Just a few days ahead of its official debut on April 17, Hyundai has teased its upcoming sub-4m SUV, the Venue, yet again. This time, the carmaker has released official sketches of the Venue, revealing its exterior and interior styling along with some new details.

Starting with the exterior, the Venue’s front fascia is inspired by the Kona SUV. Like the latter, it features bumper mounted headlamps, while the top portion is occupied by LED DRLs. The centre is dominated by the cascading grille which looks chunky and features criss-cross patterns instead of horizontal slats seen on other Hyundai cars. 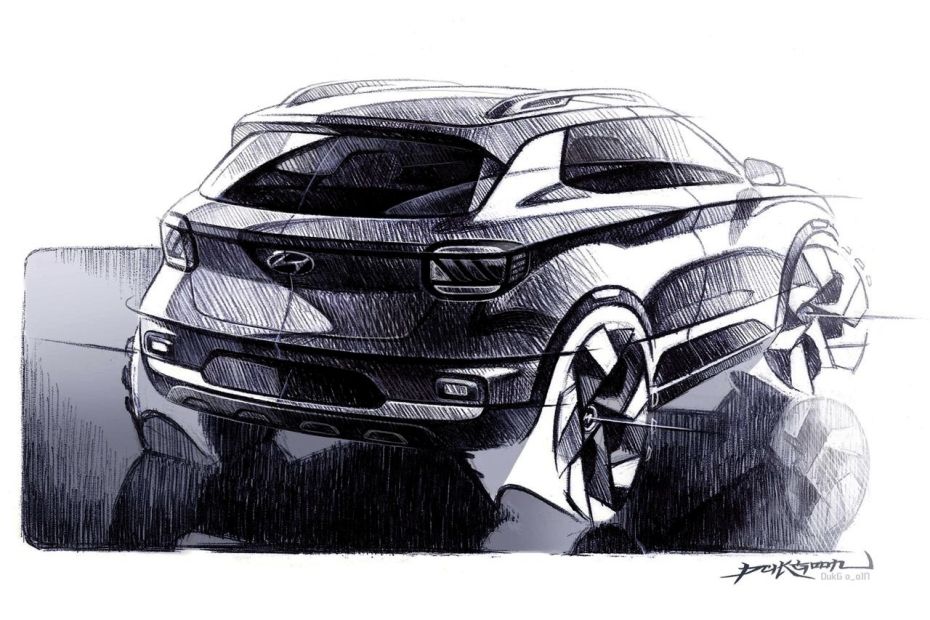 Move to the side and you can see roof rails, floating roof and a sharp shoulder line running across the length of the SUV. All these elements are expected to be seen on the production-spec model as well. However, while the sketch depicts extra large alloy wheels, the Venue will feature 16-inch alloys wrapped in 205/60-section tyres, at least in the top variant.

Like we have seen in the spy shots, at the back, the sub-4m SUV features a boxy design with squarish tail lamps. However, unlike the spy shots and some official images, the sketch doesn’t show the Venue moniker on the centre of the boot lid. 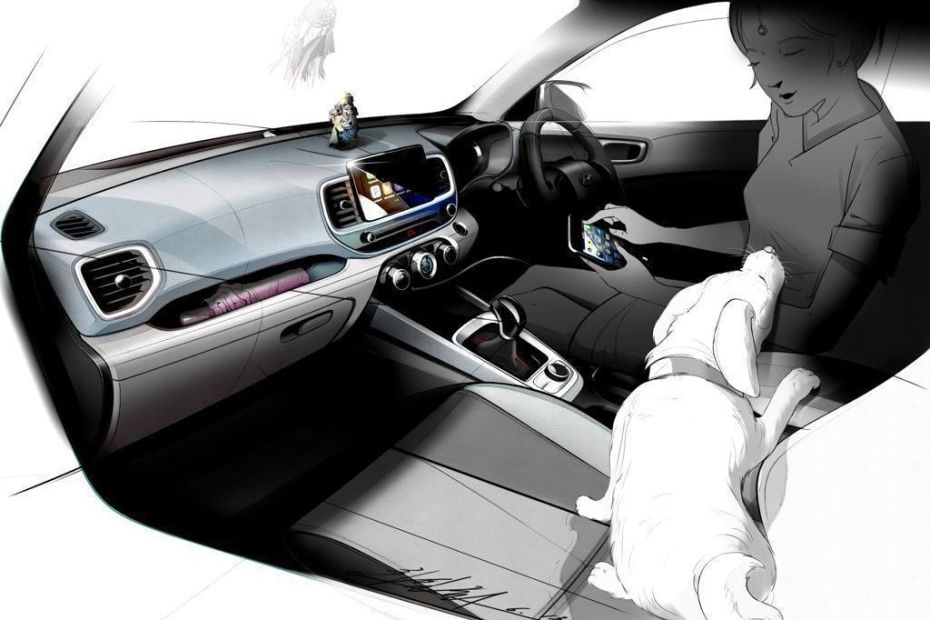 On the inside, while the layout remains similar to what we have seen in spy shots earlier, the colour scheme is different. Where the spied car featured an all-black cabin, the sketches show a dual-tone interior. Hyundai may limit the all-black interior to the Sport variant only, while the lower variants could get dual-tone beige-black interior like other Hyundai cars.

Other differences include a differently styled gear knob and a round knob for adjusting AC vents, instead of the flat capsule-like element seen on the previously spied cars.

The similarities, on the other hand, include an 8-inch floating touchscreen infotainment system flanked by air-con vents and auto AC controls with an embedded round display, placed below the infotainment screen. 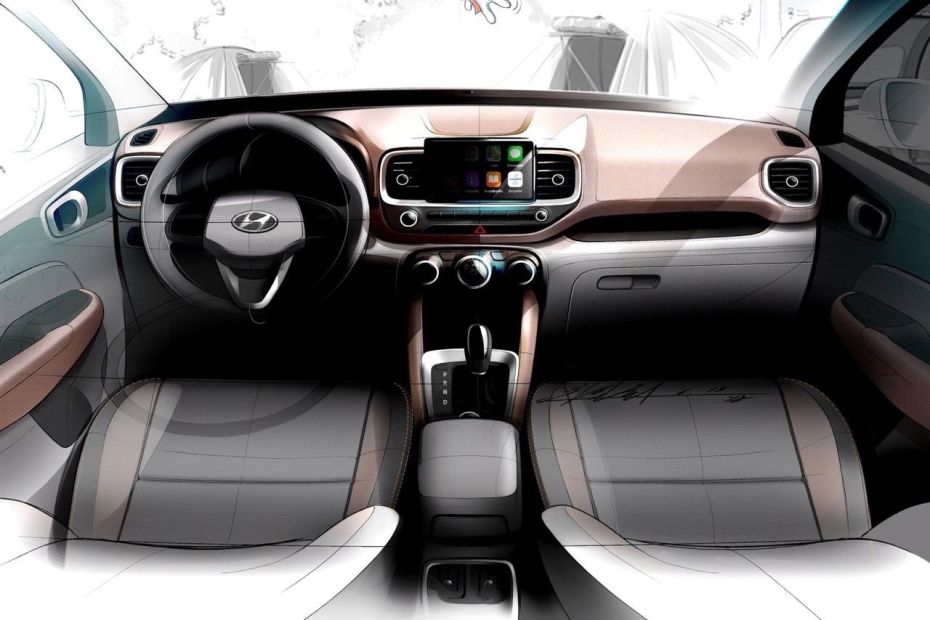 However, the sketches reveal some new info as well. The Venue gets rear AC vents and a space to hold an umbrella in the dashboard. It also features a rotary dial behind the gear knob, which we believe could be a drive mode selector. The Venue will also be equipped with features such as a panoramic sunroof, Apple CarPlay and Android Auto support for the infotainment system, and segment-first e-Sim technology.

Hyundai has officially confirmed that the Venue will go on sale in India in May 2019. Its prices are expected to range from Rs 8 lakh to Rs 12 lakh. It is expected to be available with both petrol and diesel engines which will get both manual and automatic transmission options. Once launched, it will rival the likes of the Maruti Vitara Brezza, Tata Nexon, Ford EcoSport and the Mahindra XUV300.