Expected to be priced at a premium of around Rs 80,000 to Rs 1 lakh over the regular model.

The Toyota Innova Crysta witnessed a price hike of upto Rs 1.32 lakh with the introduction of BS6 compliant engines. While the petrol variant’s prices were hiked by upto Rs 63,000, it didn’t contribute much to the Innova’s sales. Thus, to widen its appeal, Toyota will be offering a CNG version of the Innova Crysta, which has been spotted testing for the first time.

This bi-fuel variant will be based on the Innova Crysta’s 2.7-litre, 4-cylinder petrol engine. In its usual state, it belts out 166PS and 245Nm, but expect slightly lower numbers from the CNG version.

The conventional petrol engine is paired with a 5-speed manual and 6-speed automatic but the CNG version will only get the former. This version of the Innova Crysta looks exactly the same as the vanilla version save for the CNG sticker on the rear windshield. 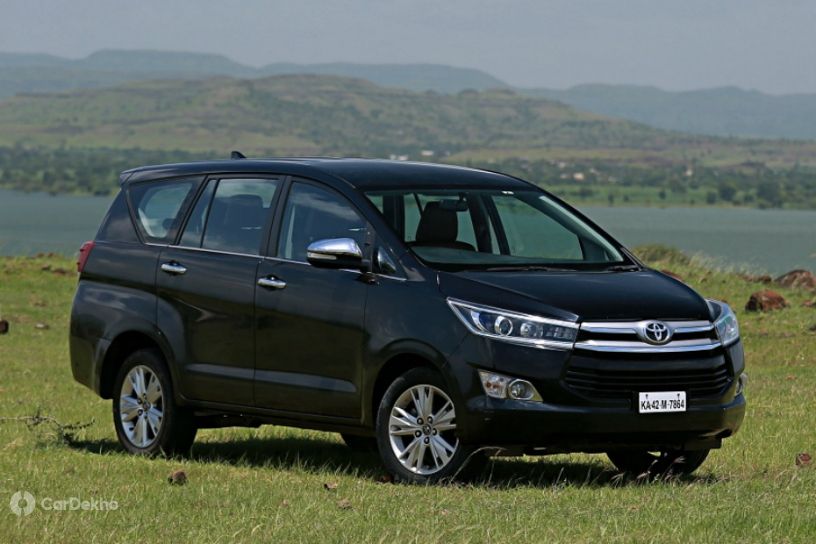 It is expected to be launched by April 2020. For now though, the only other 7-seater CNG offering you can buy is the Maruti Ertiga. It costs roughly half of what Toyota charges for Innova Crysta CNG. We expect the Innova Crysta CNG to be based on the base G variant and command a premium of around Rs 80,000 to 1 lakh over the petrol variant.

The addition of a CNG option in the Innova Crysta’s lineup will make it an even more tempting alternative to its rivals like the Mahindra Marazzo, Tata Hexa, Tata Gravitas and the upcoming 7-seater  MG Hector.