The Renault Kwid facelift has been launched in India with prices ranging from Rs 2.83 lakh to Rs 4.85 lakh (ex-showroom, Delhi). It is the first major facelift for the first-generation Kwid. It shares a lot of its looks with its all-electric version, the City K-ZE, which is sold in China.

The new Kwid gets the same BS4 petrol powertrains - a 0.8-litre engine(54PS/72Nm) and a 1.0-litre engine(68PS/91Nm) - as before. Both engines come mated to a 5-speed manual gearbox as standard while the larger engine gets the option of an AMT too. Mechanically, the Kwid facelift seems to be unchanged.

We compare the facelifted Kwid with its predecessor to see what has changed on the surface:

The new Kwid is longer overall while the width and wheelbase remain the same. Unlike the previous variant which had a single height measure, the new Kwid is lower without the roof rails and taller with the rails and added ground clearance.

The Kwid facelift gets a host of aesthetic updates but retains its distinctive proportions. 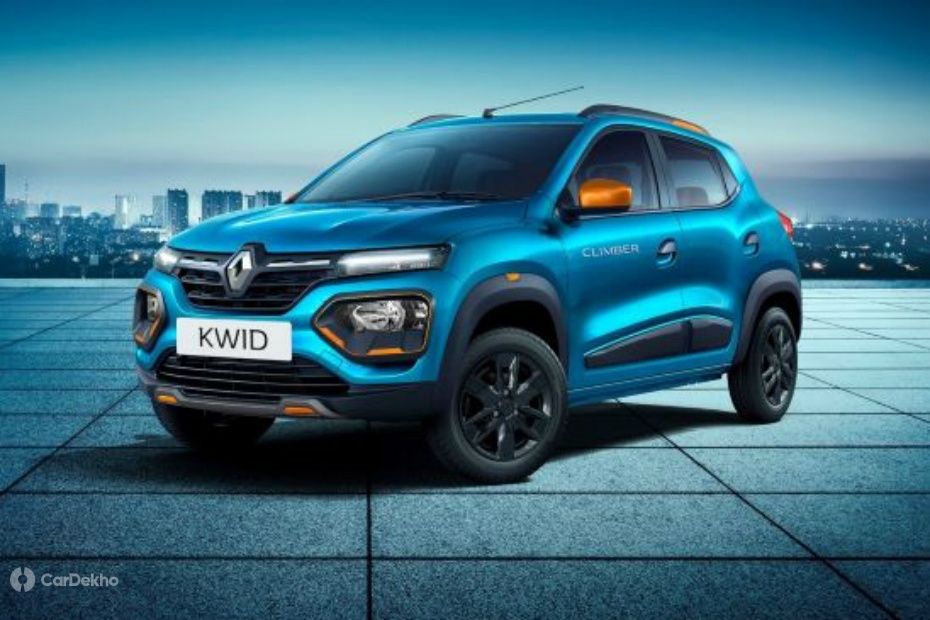 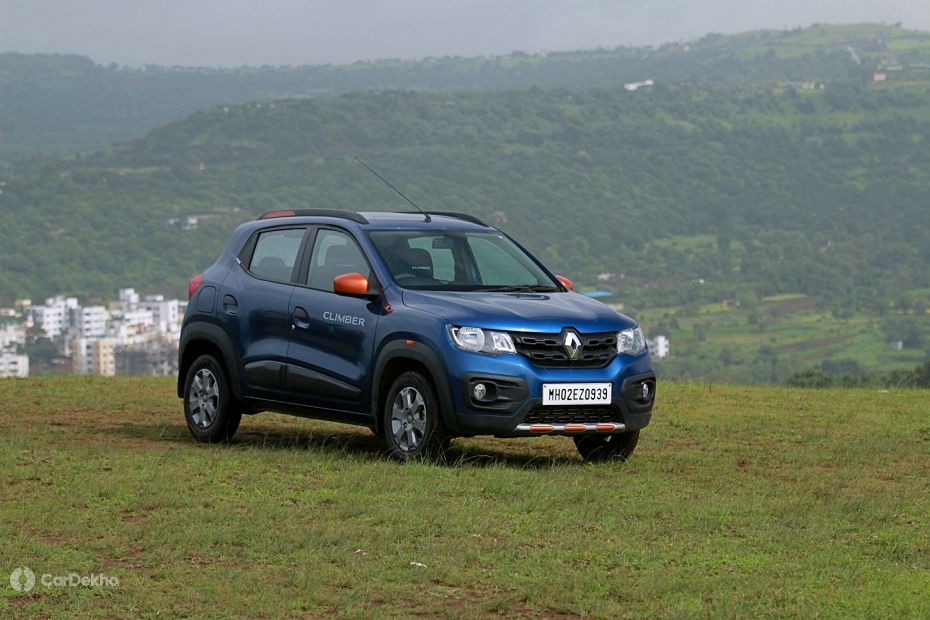 Renault has done most of the exterior changes to the front end of the Kwid facelift. Most notably, the new double barrel headlamps are positioned lower on the front bumper and surrounded by large black cladding with orange inserts (Climber). The new LED DRLs are positioned where the headlamps used to be, with the chrome inserts on the new grille connecting the two ends. The air dam is larger too and with a less pronounced front skid plate than the outgoing model.

From the side profile, there is little to differentiate between the old Kwid and the facelifted one. Both get cladding around the wheel arches and doors. The wheel design is similar to the previous model but bigger at 14-inches instead of 13-inches on the older model.

The cabin of the Kwid facelift has also been given prominent updates and tweaks. It gets an updated  dashboard layout for the central console that features a new 8.0-inch touchscreen infotainment system same as the Triber. 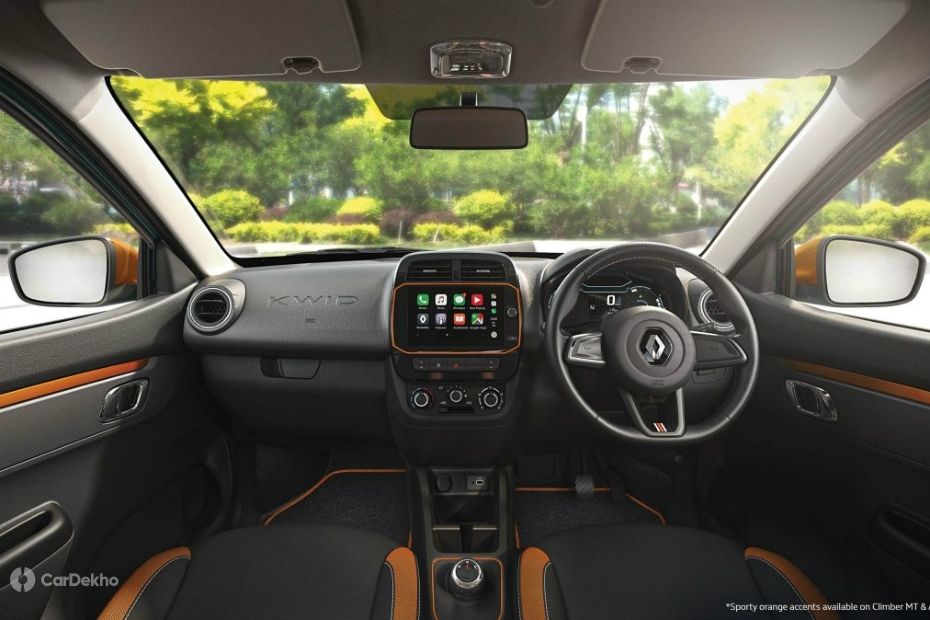 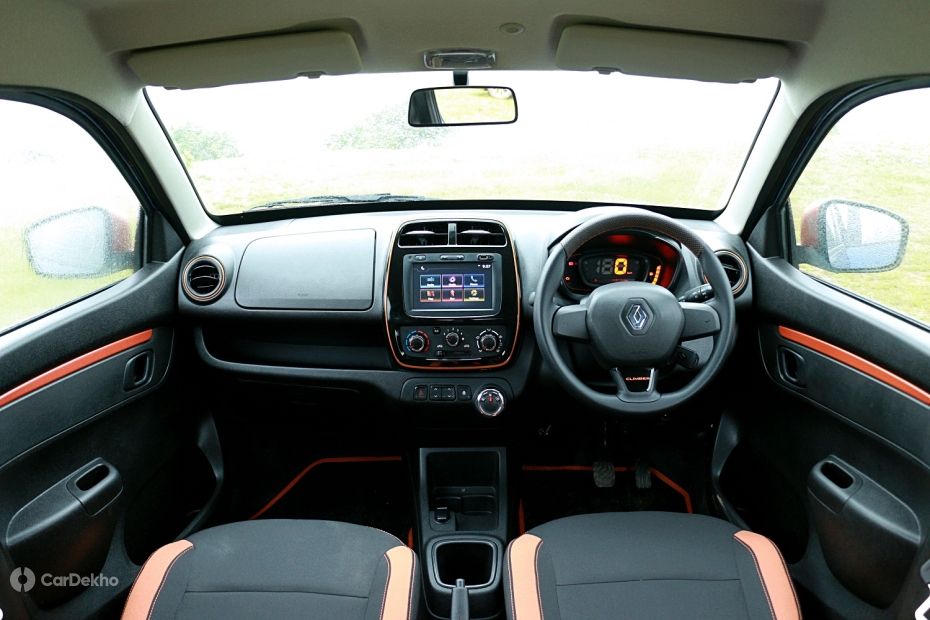 The orange accent in the Climber variant now only outlines the infotainment system instead of the whole controls console. The AC controls are the same but have been moved to the bottom of the console and the power window controls have been moved up. 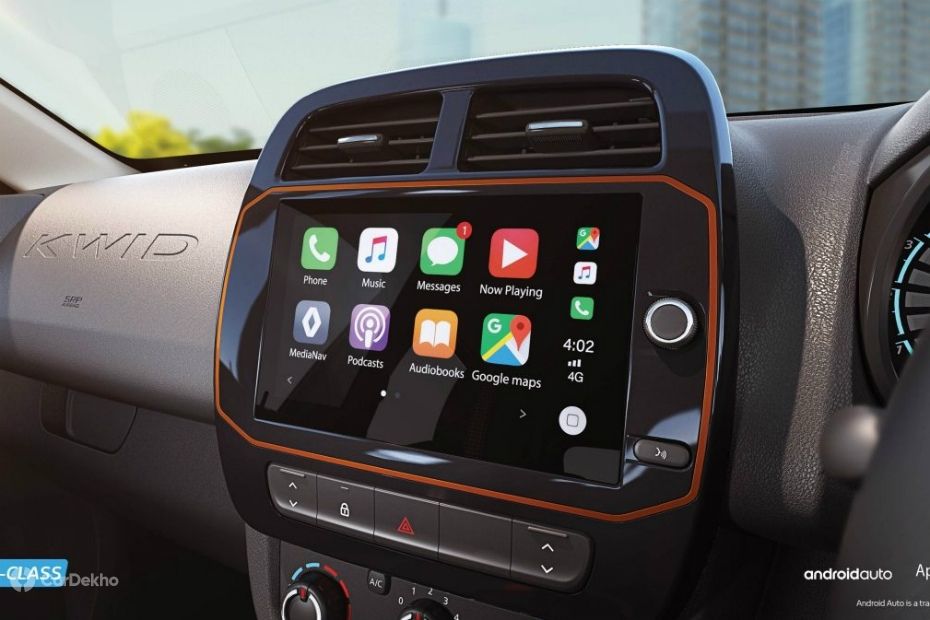 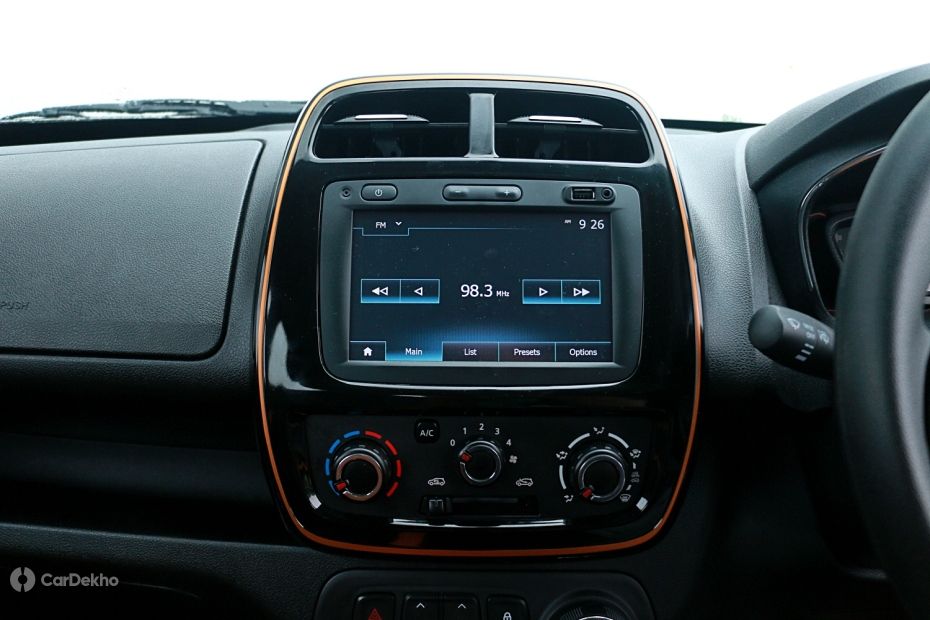 In the automatic variant seen here, the rotary dial drive-selector has been moved from the central console to a more conventional position on the console tunnel. 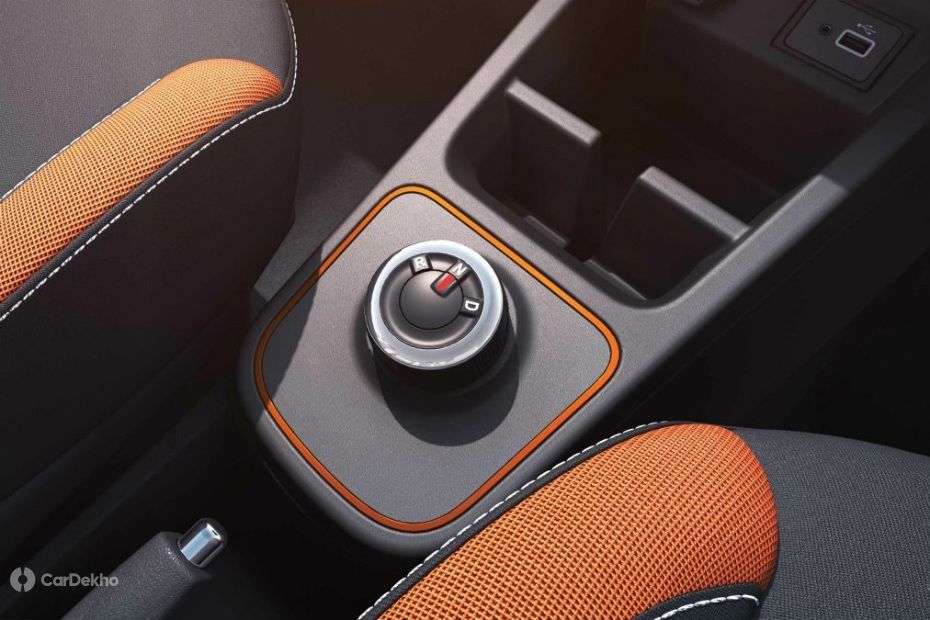 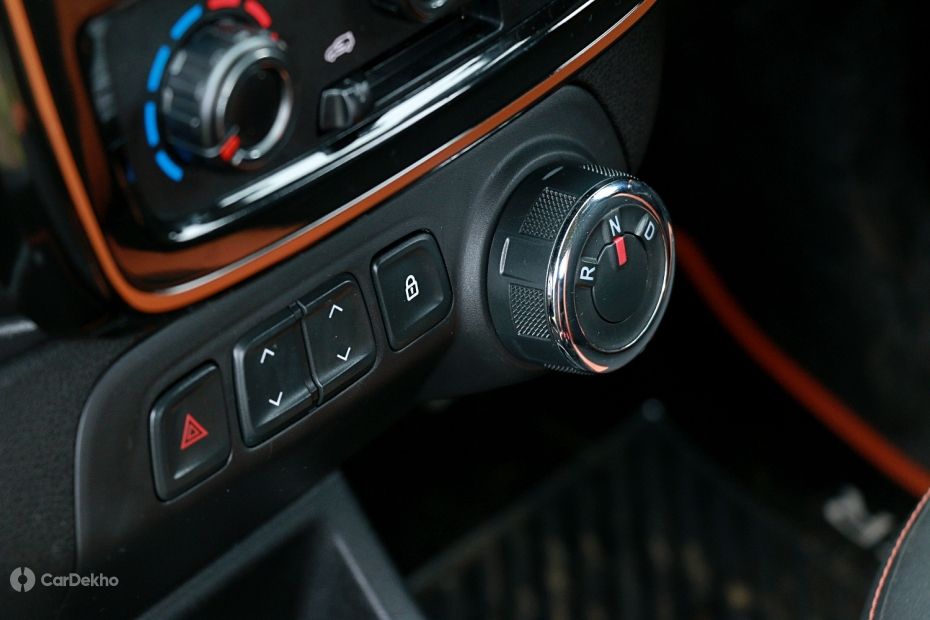 The passenger side of the dashboard no longer features a storage tray and there’s no top glovebox as it now offers optional front-passenger airbag. It also features the KWID lettering embossed into it.

It also gets a new steering wheel but surprisingly it doesn’t get steering mounted audio controls.

The 2019 Kwid also features a new digitised instrument cluster, almost identical to the one that debuted in the Renault Triber. 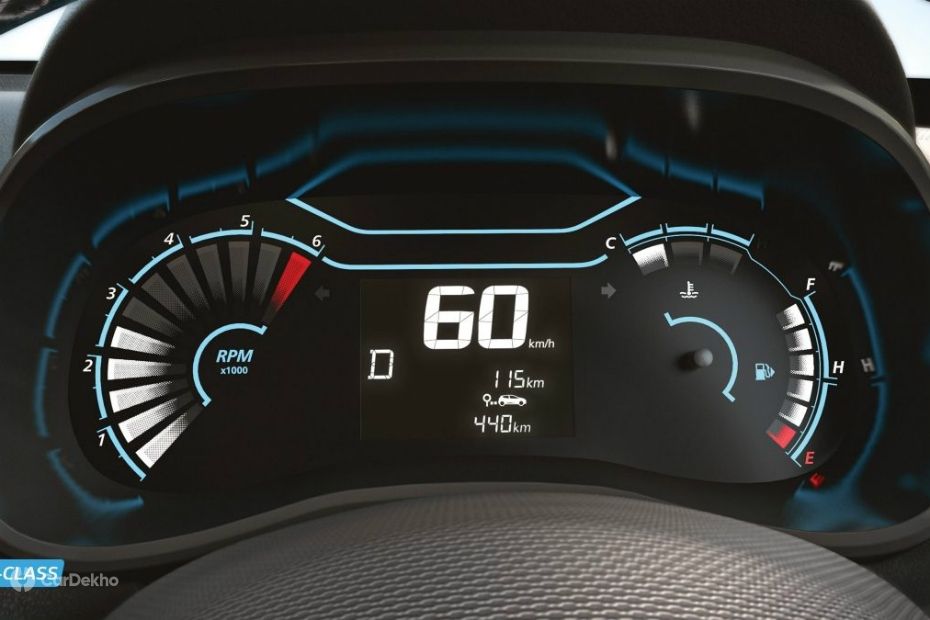 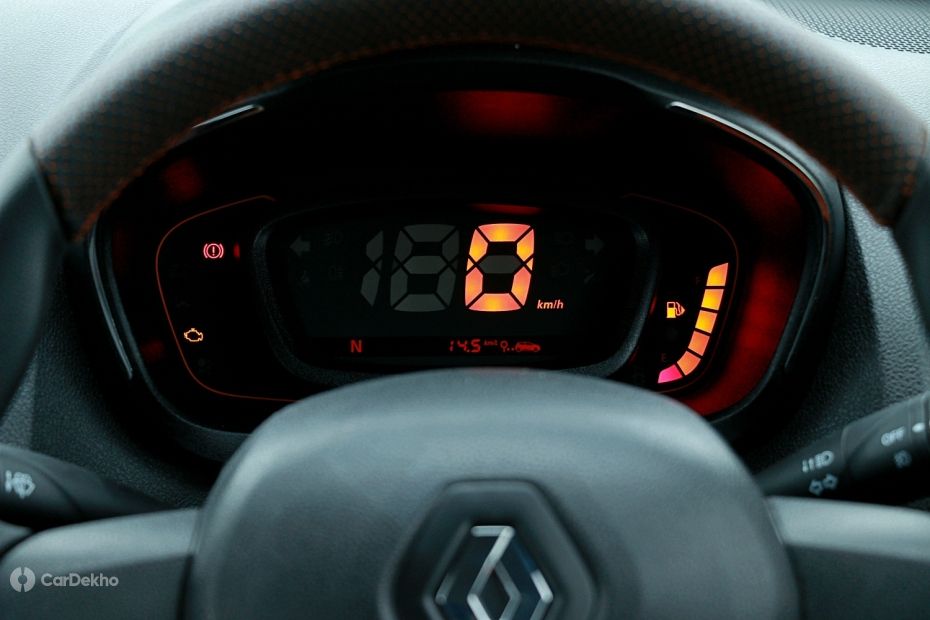 Renault continues to offer a fold-out armrest in the rear seats with the top-spec Kwid Climber. 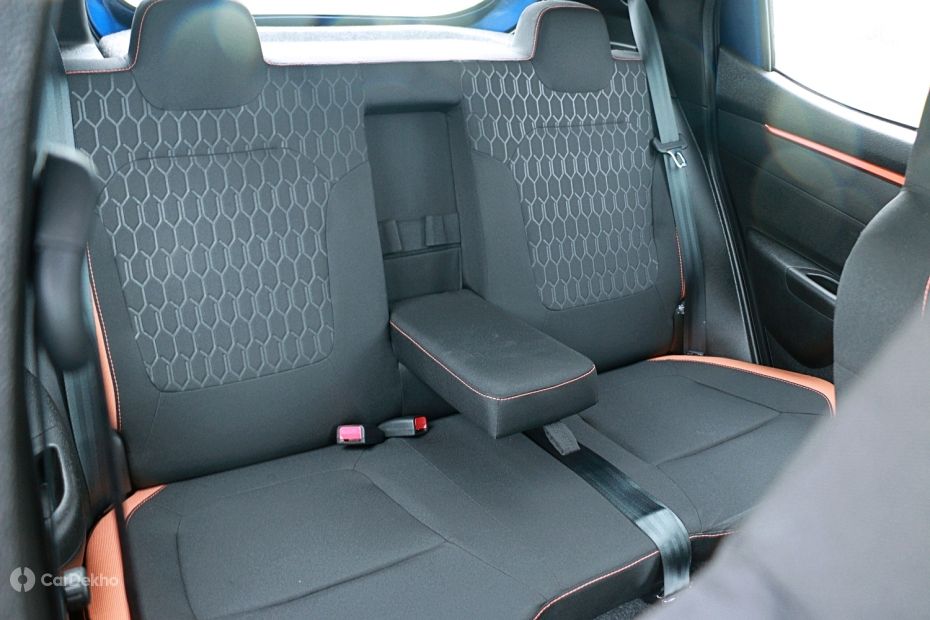 Although Renault had updated the Kwid to offer a driver-airbag, rear parking sensors, speed alert, front seatbelt reminder and ABS as standard, it never came with a front passenger airbag. However, the facelifted Kwid does offer it as an optional extra on the top-spec RXT and Climber variants. The variant list for the Renault facelift Kwid remains the same, so let’s see how the prices compare to the previous model: