As far as the petrol engine is concerned, Toyota will employ its indigenously developed 2.7-litre unit.

The Toyota Innova Crysta has been a smash hit, selling close to 30,000 units since launch. To strengthen its position in the MPV space, Toyota will be offering a petrol engine as well. The automaker's tweet confirmed that bookings have commenced, with prices starting at Rs 14.7 lakh. While a formal launch is expected later this month, deliveries will begin only from August.

As far as the petrol engine is concerned, Toyota will employ its indigenously developed 2.7-litre unit. However, this is not the first time the Innova is getting a petrol motor; earlier, its predecessor had a 2.0-litre engine, which eventually had to be discontinued due to consistent low demand. Whether Toyota will offer an automatic option with petrol or not is yet to be confirmed.

Sales of the Toyota MPV have been pretty strong, with its May sales figures reading 7,259 units while June ones clock in at 7,500. Earlier, the carmaker had ramped up the productionof the vehicle from 6,000 units in May to 7,800 units in June. This increase in production will help Toyota cut long waiting periods, which currently stands at over three months at certain dealerships. 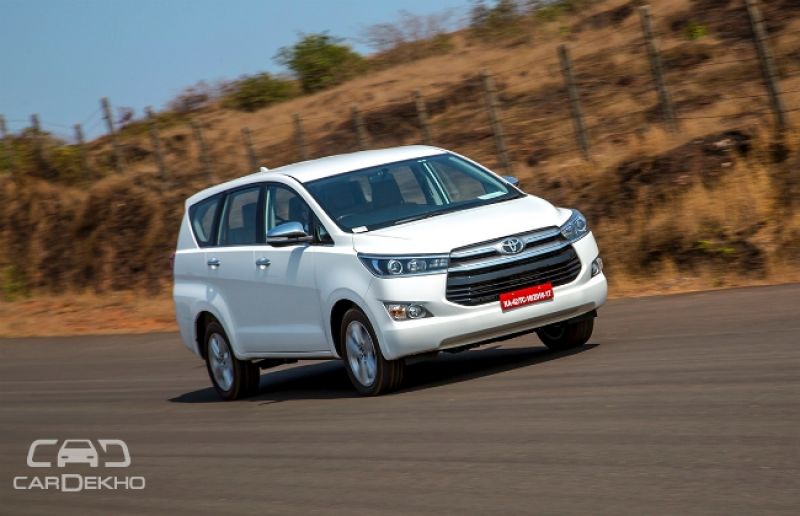 The continuing ban on 2,000cc or above capacity diesel motors barred the Innova Crysta from being sold in Delhi NCR & Kerala. It resulted in a loss of more than 800 units since December, as per N. Raja, director and senior vice president (sales & marketing), Toyota Kirloskar Motor. To offset the loss, the carmaker has accelerated its efforts in the R&D of the 2.7-litre petrol motor.

Presently, the vehicle is offered with 2.4-litre and a 2.8-litre diesel engines, which generate 150PS and 174PS of peak power respectively. The former is linked to a five-speed manual transmission while the latter is mated with a six-speed automatic gearbox.