The vehicle is expected to be priced somewhere around Rs 4.10 lakh.

The production version of Tata's second compact sedan (codenamed Kite 5) has been spotted. Essentially a Tiago with a boot, the sedan looks proportionate and inviting, going by the images. Photographs of the front profile haven't surfaced, but we expect it to be largely similar to the Tiago. 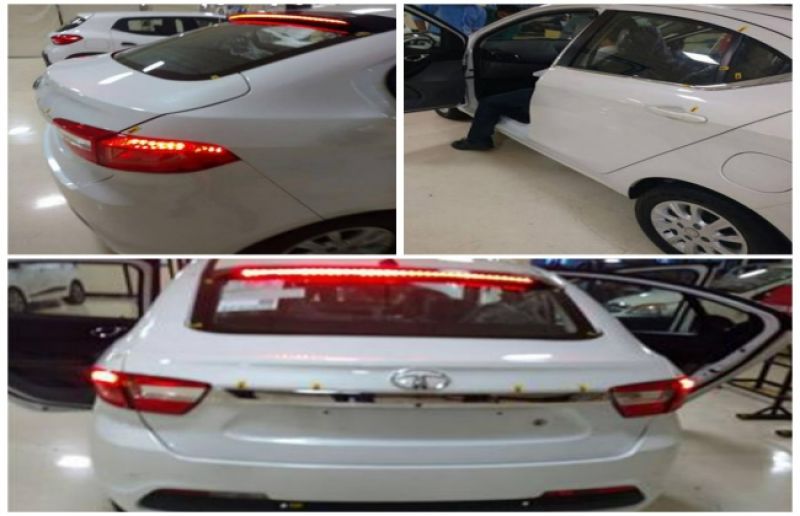 The car in the images looks like the top-spec variant, revealing that the feature list will include automatic climate control, infotainment system, rear centre armrest with cup holders, and a reverse camera. The infotainment system has a slightly bigger screen compared to the Tiago, and appears to be the touchscreen unit from the Tata Bolt.

Furthermore, the broad, high-mounted stop lamp looks cool. The neatly designed rear bumper, thick chrome strip above the number plate and split tail lamps, all beef up the rear profile of the Kite 5. Interestingly, the window line gets a garnish of chrome as well.

The compact sedan is expected to borrow most of its features from the Tiago. It will be sharing the eight-speaker Harman audio system and the multi-drive modes of the hatch. 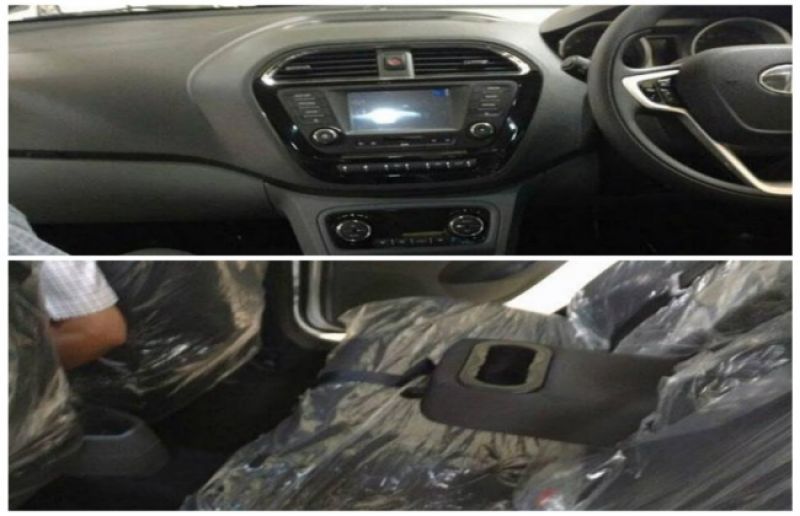 Showcased at the 2016 Auto Expo earlier this year, the Tata car gets a massive 420-litre boot, which blends neatly with the overall styling of the vehicle. Although the Kite 5 is a sub 4-metre sedan, it won't compete against the likes of the Maruti Suzuki Swift Dzire, Honda Amaze and the Hyundai Xcent. Since it is based on a smaller hatch, the sedan will slot in one segment lower. There's no direct competitor to the Kite 5 for now; the only foreseeable rival is the upcoming Chevrolet Beat Essentia.

The Tata Kite 5 sedan will be powered by the same 1.2-litre petrol and 1.05-litre diesel engines as the Tiago. The vehicle is expected to be priced somewhere around Rs 4.10 lakh.