3 things you may not know about the Ford EcoSport

Its futuristic design echoed well with the company’s offerings in the international markets.

The Ecosport was one of the first mini-SUVs to arrive in the Indian market. Its futuristic design echoed well with the company’s offerings in the international markets. That, coupled with a small but capable engine have won the hearts of many buyers. A lot of complex but clever engineering have been incorporated in the making of this car and hence, there’s certainly more than what meets the eye. Here are some unique aspects about the Ford Ecosport 2017 you may not know about:

1) Aerodynamic pillar-kicker on the D-pillar: If you take a closer look at the subtly designed D-pillar (the rear-most structure that supports the roof), you’d notice there are small deflectors on both sides of the car. This ensures there is no vacuum at the rear when the car moves. Vacuum often results in drag, which in turn takes a toll on the vehicle’s fuel-efficiency. These little deflectors make sure that there’s smooth air-flow at the rear, thereby improving aerodynamic efficiency.

Small but important features like these have resulted in a drag-coefficient of 0.36. The lower the drag coefficient, the easier it is for the car to cut through air and move. The Ecosport’s drag coefficient is just 0.01 less than Ford’s performance-oriented hatchback, the Focus RS! 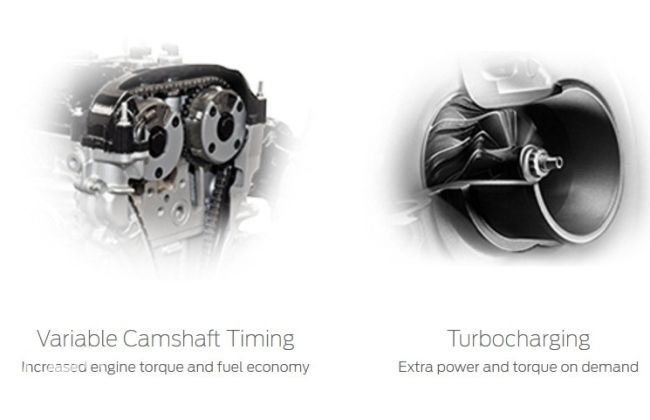 The Ecosport’s tiny Ecoboost engine indeed challenges the old adage - ‘There’s no replacement for displacement’. How you ask? The direct injection, variable camshaft timing, and turbocharger all work in unison and provide you with a whopping 125PS of power, thereby making the performance to be on par with cars having higher displacement. It is not only powerful, but also fuel efficient as less cylinders mean less friction and better combustion efficiency. Moreover, the variable camshaft timing control the opening and closing of inlet and exhaust ports inside the engine with pin-point accuracy, resulting in optimal fuel efficiency and improved low-end torque. Low-end torque helps in the mini SUV’s pickup.

What’s even more interesting is, the engine is small enough to fit in an A4-sized paper! You’d be surprised to know that a modified version of this engine has done its duty in a Formula Ford racing car! It completed the legendary ‘Nurburgring’ circuit, also known as ‘The Green Hell’ in a blistering 7 minute-22 seconds! That’s faster than some of the Ferraris and Lamborghinis! 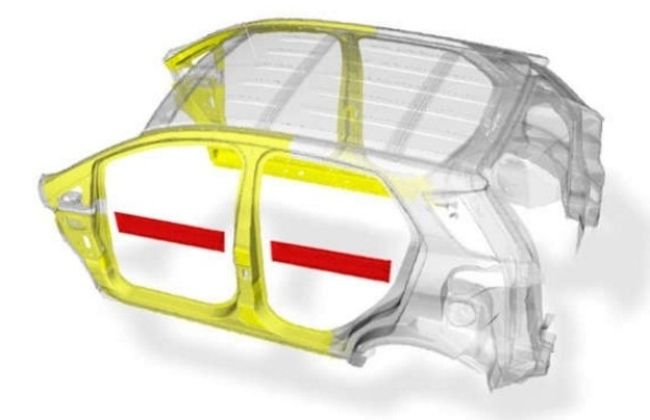 Safety is one of the most important characteristics when building a car. However, adding more steel tends to make the car heavier, thereby impacting fuel efficiency. To solve this, the Ecosport comes with boron steel construction in crucial areas, which is not only light but is also four times stronger than normal steel. Boron steel is 10-15 per cent thinner and versatile enough to be made into complex shapes and incorporated in key areas. This results in enhanced strength without considerably increasing the weight of the car.

These features have made the Ecosport a complete car with all-round excellence.

Chinese risk to Rupee not over yet