Vanguard, a new American motorcycle manufacturer from New York is ready to launch its first exotic motorcycle, the Vanguard Roadster. Featuring a unique design, the Roadster has old world charm with space edge styling. The engine has an integrated exhaust and is the most stressed member of the minimalist frame. It has a complete metal body except for the carbon fibre fuel tank. The engine is made by S&S Cycle, also an American company which has a history in drag racing and Bonneville land speed records and makes high-performance parts for V-twin engines. 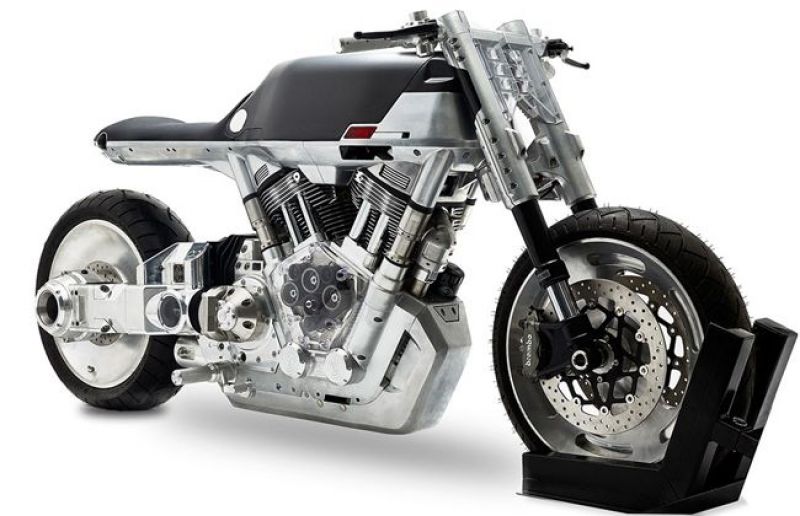 The cycle parts too are an exotic affair. Front and rear suspension is courtesy Ohlins, brakes are from Brembo while tyres come from Metzeler. Features include LED lights and LCD instrumentation which has a rear view camera so you dont need mirrors.

There will be three models of which the Roadster is the first. A cruiser and a racer will follow soon. Prices will start at $ 29,995 (around the Rs 20 lakh mark) putting it in the range of custom choppers. While the model pictured above is just a prototype, a working prototype is all-set to debut in New York at the International Motorcycle Show on the 9th-10th. The production model will come out in 2018.