Hyundai is prepping up to reintroduce the Santro nameplate with its upcoming hatchback, which is expected to make its market debut around September this year. Being a new product from the ground up, we were already expecting the new Santro to follow Hyundai’s latest design language, Fluidic 2.0, with the cascading grille. And now, the upcoming hatchback was recently caught on camera revealing Hyundai’s latest cascading grille.

We have already seen the new cascading grille on Hyundai hatchbacks such as the facelifted models of the Elite i20 and the Grand i10 and even on the new Verna and Xcent. In fact, all Hyundai models in the country will soon sport the new family grille like the upcoming Elantra and Tucson facelifts as well as the new Santa Fe. 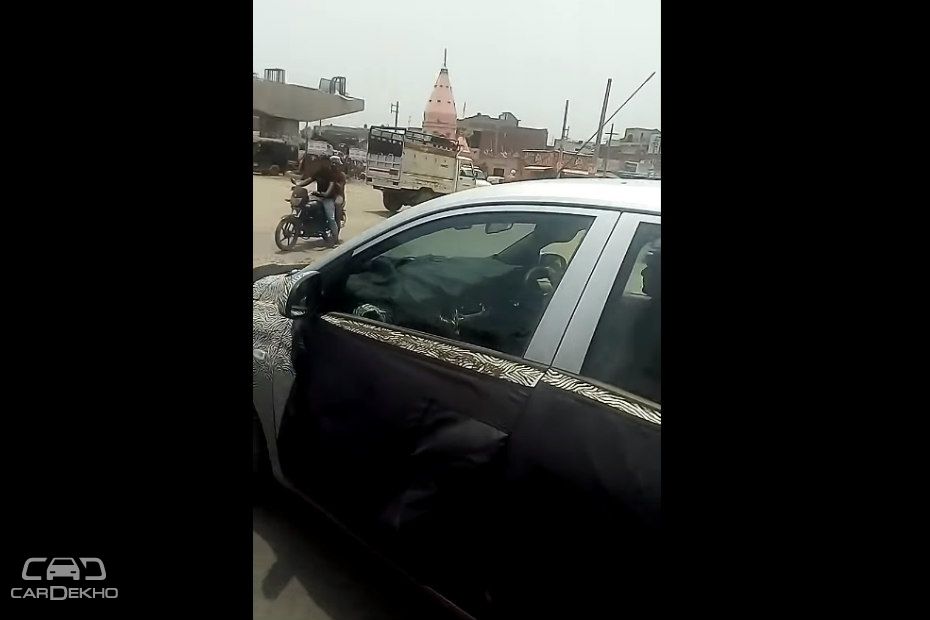 There’s also a glimpse of the car’s interior in the video. While most of it is covered, it seems like the new Santro will get a dual-tone black and beige scheme, like the last model and the Eon. There’s a possibility that the range-topping models will have a 7-inch touchscreen with Apple CarPlay and Android Auto, like on the Grand i10. Large touchscreen infotainment systems are becoming a common feature even in small cars - even the Renault Kwid offers one. In fact, it will soon get a rear parking camera as well.

The spy video also reveals a rear wiper, which we expect Hyundai to offer only on the top-spec variant. But all the cars that have been spied in the recent past have had steel wheels only, instead of alloys. There’s also no sign of LED DRLs just yet and the turn indicators are on the fenders instead of ORVMs, like we see on a lot of cars these days.

Prices for the upcoming Santro are expected to begin from Rs 3.5 lakh and it will go up against the likes of the Maruti Celerio and the Tata Tiago. For more details, check out: Hyundai Santro To Launch In India In September 2018.