Let's compare the specifications of all the sedans and see how they fare against each other.

The all-new BMW 5 Series was recently launched in the Indian market at a starting price of Rs 49.9 lakh (ex-showroom, Delhi). According to BMW, the new 5 Series will give a tough competition to its rivals. The capable cars that the BMW will lock its horns with include the likes of the Mercedes-Benz E-Class LWB, Audi A6, Jaguar XF and the Volvo S90. Is the BMW is capable enough to outgun it rivals? Well, only a full neck to neck comparison can answer that. But for now, let's compare the specifications of all the sedans and see how they fare against each other. 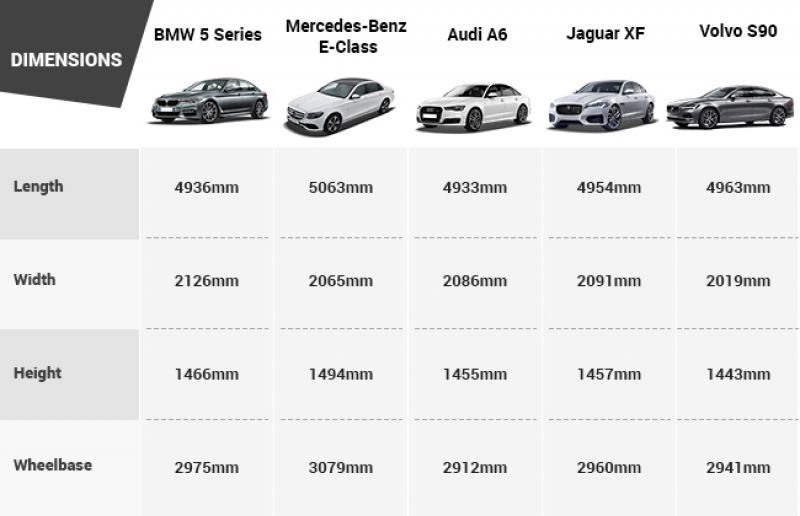 As you would have already guessed, the Mercedes-Benz E-Class is the most spacious car here as it has been introduced in India in a long wheelbase variant. The Mercedes is 5063mm long and has a wheelbase of 3079mm. While the S90, its closest competitor in terms of length, is 100mm shorter, the 5 Series (2968mm) is its closest rival in terms of wheelbase and falls behind by 111mm. The Audi A6 is the smallest sedan here in terms of both, length and wheelbase. However, when it comes to width, the 5 Series (2126mm) is the widest car here, and the S90 (2019mm) is the narrowest. 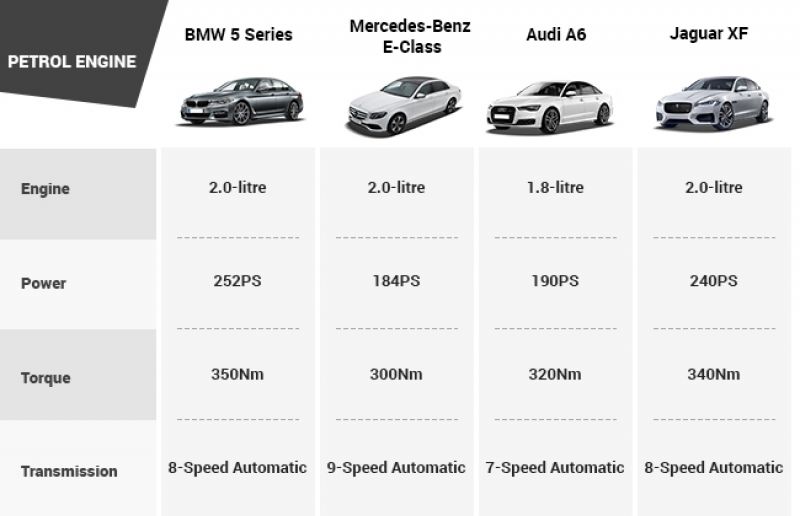 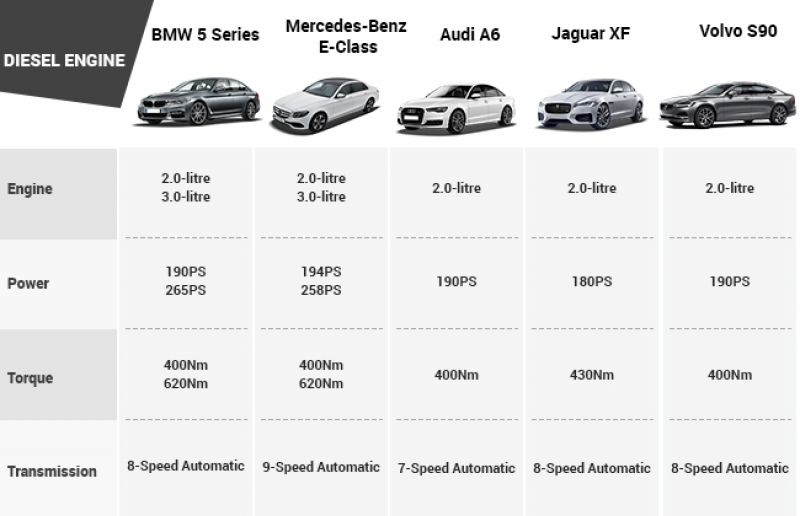 As far as 2.0-litre diesel engines are concerned, all of them have almost identical power. While the engine in the BMW produces 190PS and 400Nm, the one in the Merc produces 194PS and 400Nm. Although the engine on the Jaguar is slightly less powerful at 180PS, it has a higher torque rating of 430Nm.

Now let's have a look at the prices. The Jaguar is the most affordable car here with a starting price of Rs 47.5 lakh (ex-showroom, Delhi). However, if you are not in the mood to purchase the base variants and want all the bells and whistles in a budget, the A6 or the S90 will suit you as their top-end variants retail at Rs 53.75 lakh and Rs 54.51 lakh respectively. But do keep in mind that both the sedans have front wheel drive powertrain.

As expected, the E-Class is the most expensive car here with prices starting from Rs 56 lakh, while the BMW starts at Rs 49.9 lakh.