We expect the Indian version to be similar to the European version. Let's see what the car has to offer.

Japanese automaker Suzuki has introduced the production-spec European version of the Ignis at the 2016 Paris Motor Show. The Ignis made it international debut at the 2015 Geneva Motor Show and the compact crossover was also showcased at the 2016 Auto Expo. We expect the Indian version to be similar to the European version. Let's see what the car has to offer.

Japanese automaker Suzuki has revealed the production-spec version of the Ignis at the ongoing 2016 Paris Motor Show. The compact crossover made its world debut at the 2015 Geneva Motor Show and was also displayed at this year's Indian Auto Expo. Suzuki has detailed the production-spec European version of the Ignis at the motor show and the Indian version is likely to remain similar. Here’s what it has to offer in Europe. 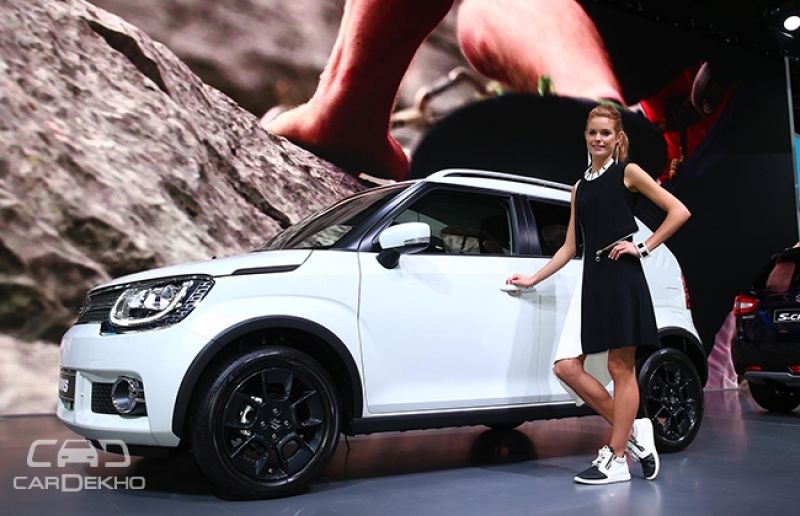 As expected, the production-spec version remains faithful to the concept. It features a boxy design and, according to Suzuki, the Ignis has borrowed design cues from the previous generation Swift (blacked out A- and B-pillar), the original Vitara and the Cervo (both the Vitara and the Cervo were never available in India). 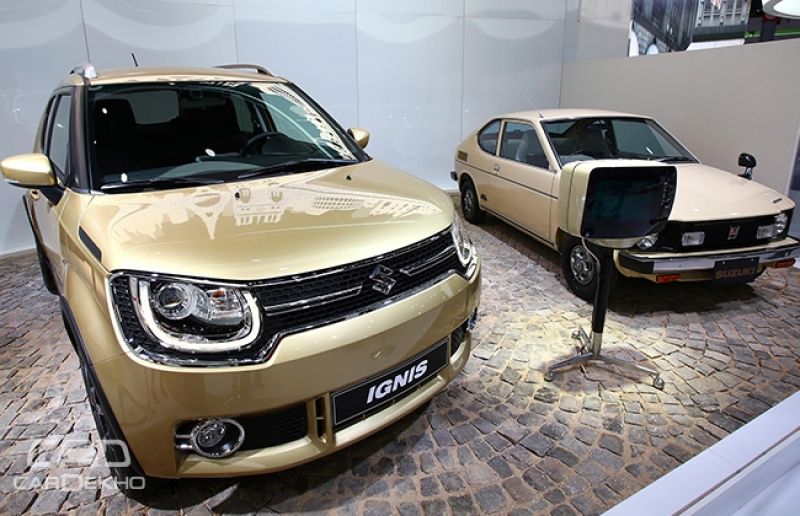 The Ignis doesn’t feature plain vanilla styling and it boast design elements that make it stand out of the crowd such as a grille that runs across the width of the vehicle engulfing the headlamps, C-pillar slits, typical Suzuki-SUV fender garnish and the overall boxy proportions. 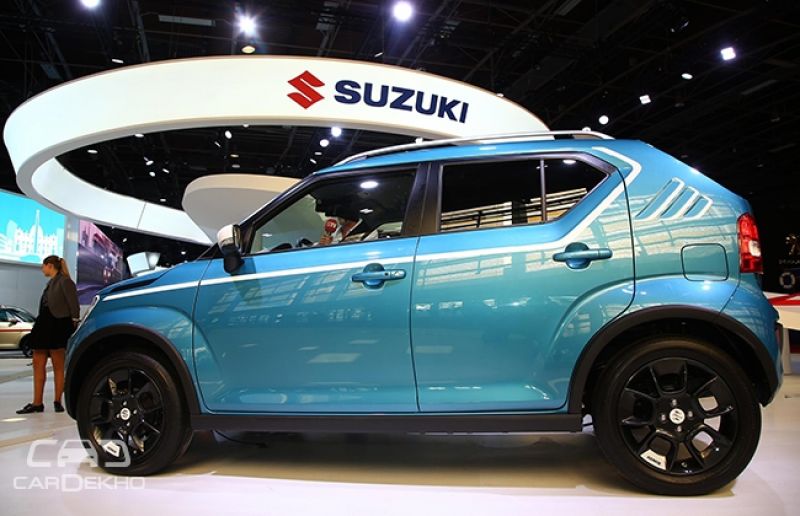 On the inside, the Ignis will be the first Suzuki in recent years which will break the mould and will feature fresh new interiors with no parts shared with the existing models. The Baleno, for instance, sports a lot of parts from the regular Suzuki parts bin. The Ignis will come with a brand-new steering wheel and will feature analog-digital instrument cluster. 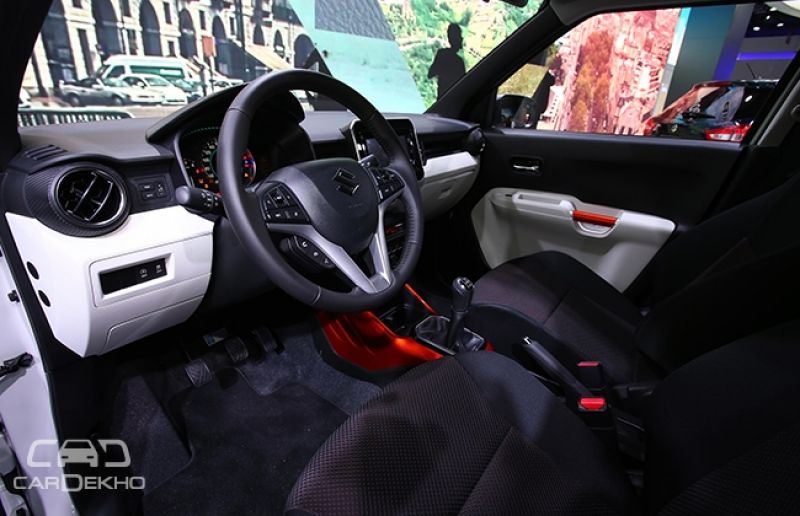 The air-conditioning system’s panel is round-shaped and the air vent situated at the extremities of the dashboard protrude outward and are circularly designed. The infotainment system hangs out of the dashboard. All in all, the layout is similar to the concept’s cabin and is flamboyant and youthful. 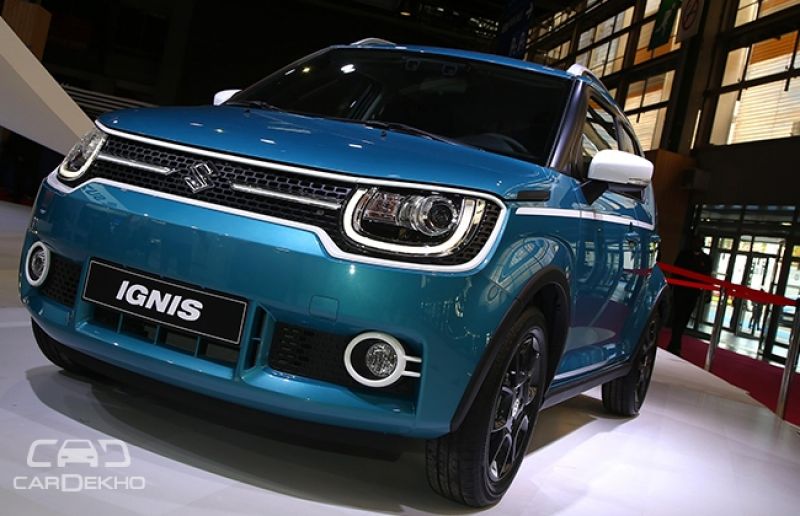 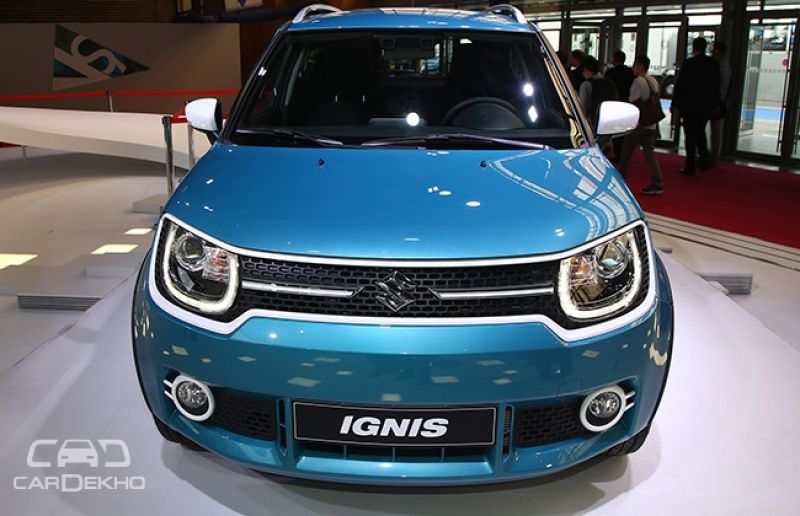 The Ignis will come with LED projector headlamps featuring daytime-running lights along with LED tail lamps. In the European market, it will offer fourteen colour options including two-tone offering – five two-tone colour (with a black roof) options – similar to the Vitara Brezza sold in our market. Maruti Suzuki is likely to offer two-tone colour options on the Indian version of the Ignis along with three of the all-new main shades out of fourteen – Flame Orange Pearl Metallic, Neon Blue Metallic and Helios Gold Pearl Metallic – in India (all the three main colours are seen in the images). 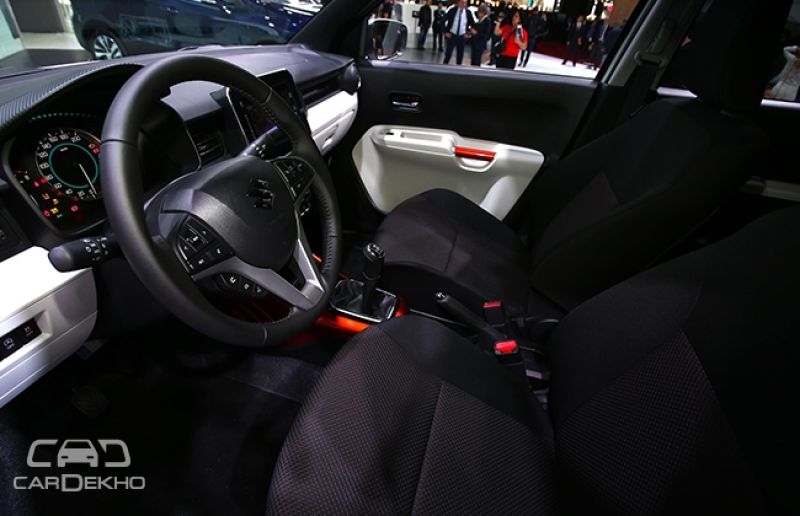 As is the case with the exterior, the interior will also feature two-tone layout (black and white) with two accent colours (orange and titanium). The infotainment system will be an updated version of Suzuki’s 7-inch SmartPlay unit. Besides SD-navigation and Bluetooth phone integration, the Ignis’ 7-inch unit will also come with Google Android Auto support along with Apple CarPlay and MirrorLink. Google Android Auto is not available in the Baleno and all the other vehicles using the SmartPlay unit as of now. 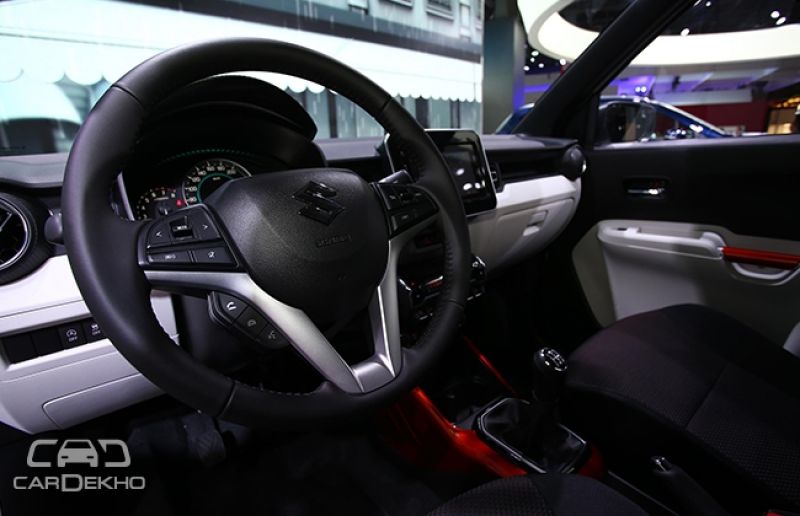 The Ignis offers a luggage capacity of 267-litres, while the AllGrip (all-wheel-drive) version offers 227-litres. Additionally, it will also come with sliding rear seats along with reclining seatbacks, making it possible to accommodate a wide variety of luggage. The Indian version is most likely to get all these features. In terms of safety, since the Ignis will be retailed from the Nexa dealerships, it is most likely to get dual front airbags along with ABS and EBD as standard. 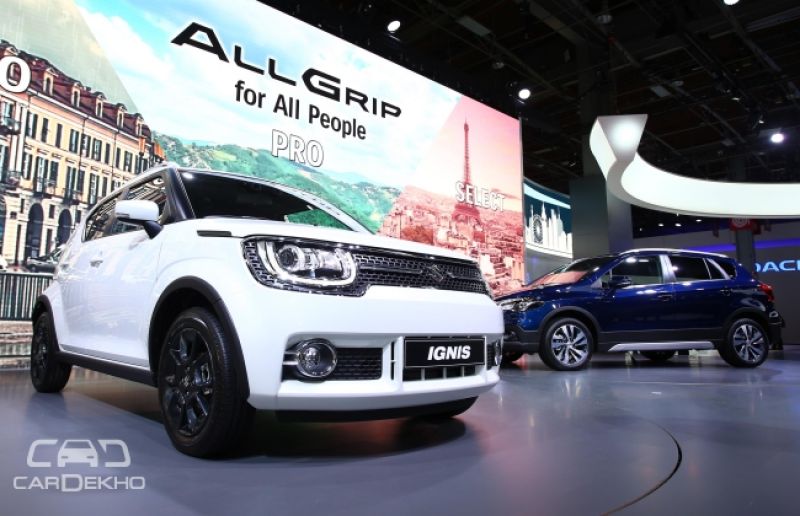 Adding in context to India, Maruti Suzuki will offer the 1.2-litre motor (K12B) motor from the Baleno and the Swift, which is good for 84.3PS of max power and 115Nm of peak torque. However, we’ll also get a diesel option, most probably the 1.3-litre DDiS190 (Fiat’s Multijet) with the Ignis. The DDiS190 produces 75PS of power and 190Nm of torque. Speaking of the transmissions, Maruti Suzuki will also offer an option of a five-speed manual or a five-speed AMT with the Ignis in India. However, it is highly unlikely that the automaker will offer the AllGrip (AWD) in India.

Suzuki has said in an official release that the Ignis will go on sale in the first month of 2017 in Europe and later on it will be introduced in other markets. So it is likely to come to India early next year and it will be retailed through the Nexa range of dealerships. Previously, the Ignis was supposed to enter the Indian market during the upcoming festive season. 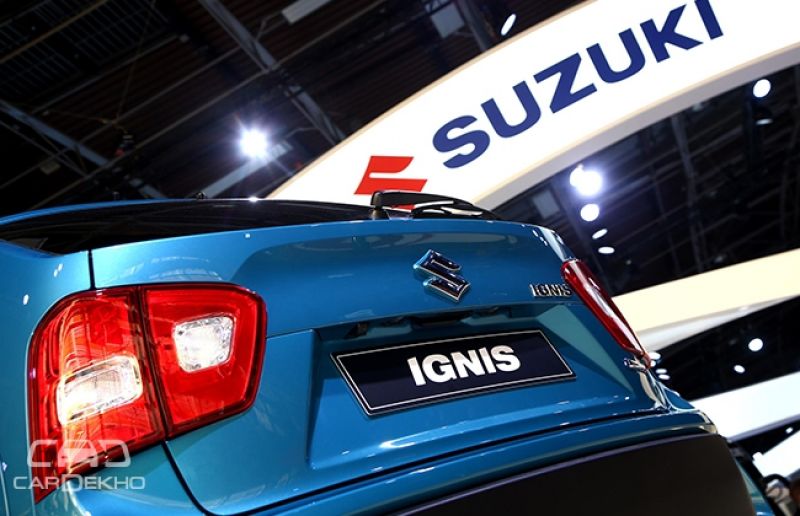