According to Audi, the RS 3 is the most-powerful saloon on offer and is powered by a five-cylinder engine that churns out 405PS of maximum power.

It comes as a good news for performance-car enthusiasts as Audi has revealed the powerful version of the A3 sedan at the 2016 Paris Motor Show. Christened the RS 3, it is the first sedan from Audi to get the 'RS' package after the last-generation Audi RS 4. According to Audi, the RS 3 is the most-powerful saloon on offer and is powered by a five-cylinder engine that churns out 405PS of maximum power. 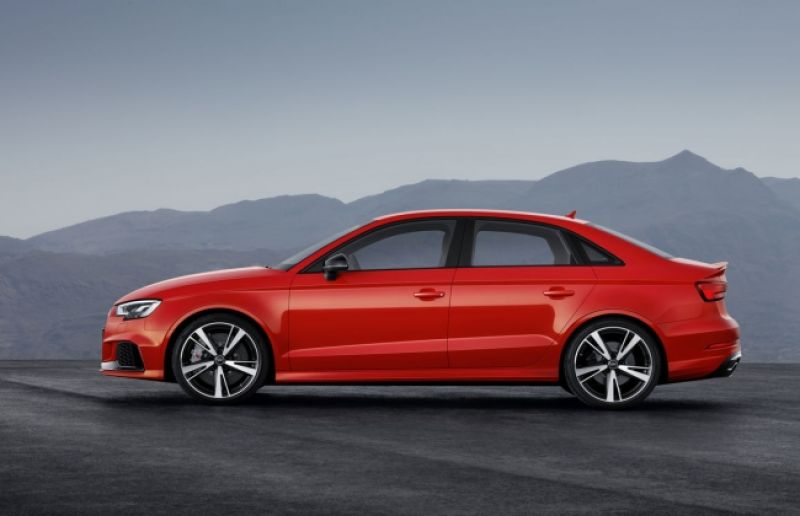 Expected to go on sale in the UK by mid-2017, the powerful Audi gets the same engine as seen in the recently launched Audi TT RS (globally), but with some tuning. That said, the Audi RS 3 is powered by a 2.5-litre turbocharged engine which generates 360PS of power in the TT, but pumps out an additional 45PS in the RS saloon. Linked to a seven-speed dual-clutch automatic gearbox, this motor produces 480Nm of torque at 1700-5850rpm. With that power at hand, it convincingly dislodges its nearest rival, Mercedes-AMG CLA 45 which puts out 360PS. 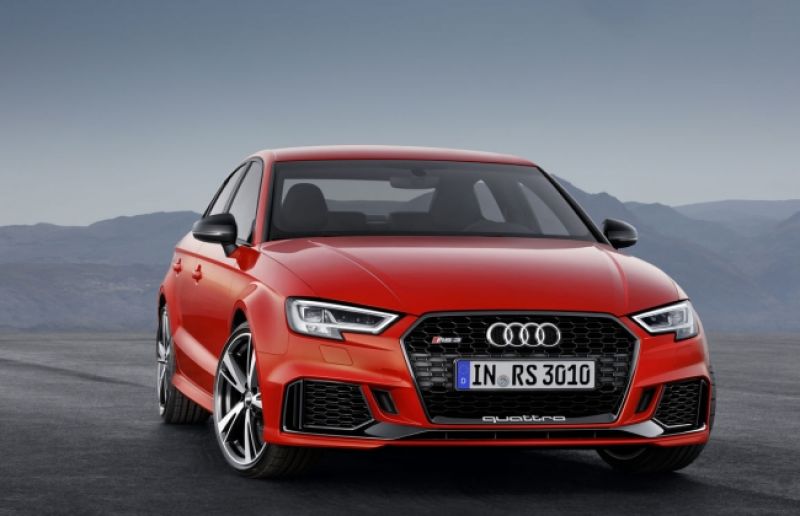 The Audi RS 3 can complete the 0-100 sprint in a mere 4.1 seconds, with electronically limited top speed of 250kmph. However, if your thirst for speed isn’t quenched with that top whack, you can get it upgraded too, to 280kmph, on request. 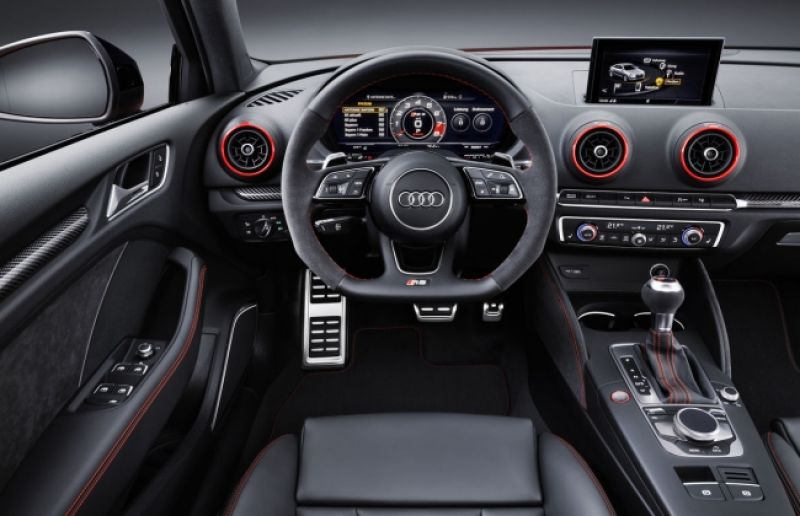 The styling cues seen in the RS 3 give us the hint on how the facelifted Audi A3 will look like. It gets revised headlamp cluster, new hexagonal grille at the front and restyled tail lamps at the rear. Adding a dash of sportiness are bulging wheel arches, large air-intakes, cooling vents, front splitter, boot spoiler and power-screaming oval shaped dual exhausts. The car sits on 19-inch alloys. 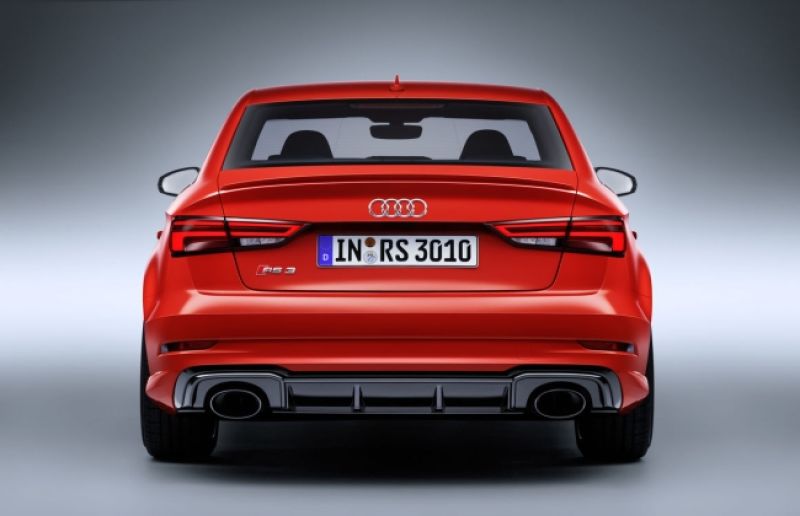 Will it be launched it India? Yes, for sure, but that’s likely by the end of the next year or early 2018.