DECCAN CHRONICLE
Published Aug 3, 2016, 5:58 pm IST
Updated Aug 4, 2016, 11:44 am IST
Though, five months are still left for the year to come to an end, most of the launches will be conglomerated around the festive season.

Its the the second half of the year and time for some exciting new and facelift/update launches.

This year already has been a tough one for the auto industry. It started  with the odd-even rule and Delhi diesel ban, which affected many automakers. However, we have entered the second half of the year and the situation looks brighter now with upcoming launches and facelifts. Though, five months are still left for the year to come to an end, most of the launches will be conglomerated around the festive season. Here is a list of upcoming 19 cars which will cost less than Rs 19 lakh. 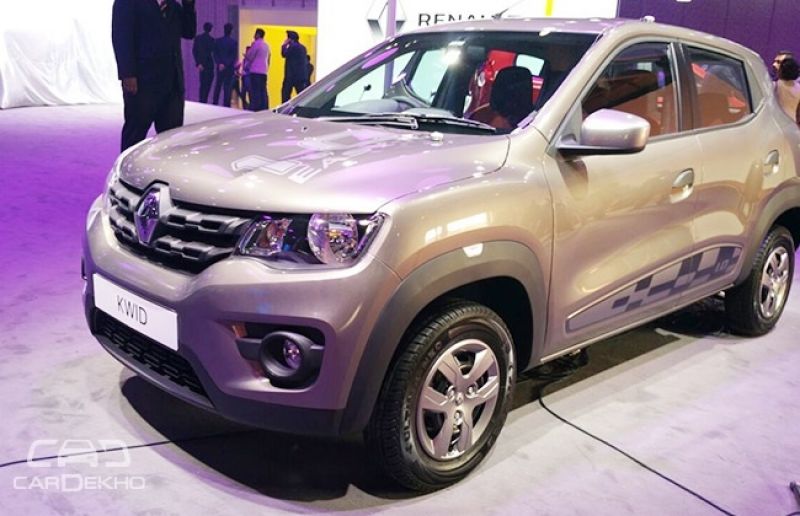 The chatter for this car began a long time ago and it was finally teased to the Indian audience at the 2016 Auto Expo. The 0.8-litre Kwid is doing phenomenally well in the Indian market with its segment above features and muscular looks. The 1-litre and AMT variants are also expected to be very successful in the market. The 1.0-litre Kwid has made its debut in Brazil alongside other India bound cars like the Kaptur and the Koleos. 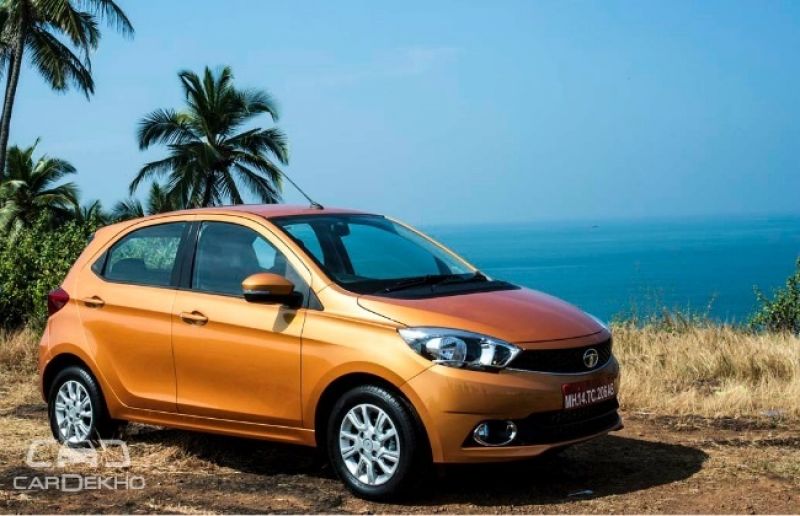 The Tata Tiago has started to gain momentum in the market. This car will soon be launched with an AMT transmission, which will make it more attractive in the market. The AMT offers a comfortable city drive which becomes a blessing in the bumper to bumper traffic. The car features a 1.2-litre Revotron, three-cylinder petrol engine and a 1.05-litre Revotorq three-cylinder diesel engine out of which, the petrol is expected to get the automatic upgrade. 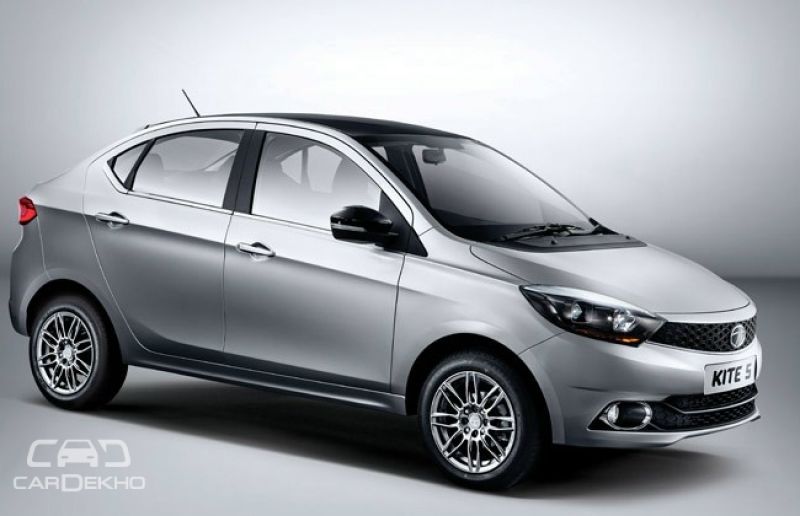 Another entry from Tata, this car is highly acclaimed for its design. It is essentially a Tiago with a boot. This sedan looks beautiful and might get some feature upgrades too. It is expected to carry the same engine options of the Tiago and cost somewhere around the Rs 4.2 lakh mark. 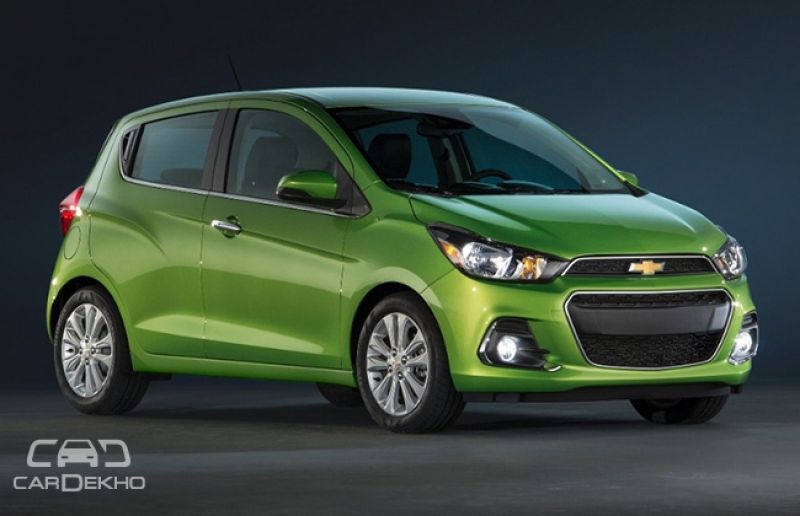 This car has been on the books for a long time. Finally, there are signs that this car will debut around September. The car has also been spotted in the country, which means it is in its final phase of testing. Chevrolet Beat ACTIV and Essentia (Beat sedan) were showcased at the Auto Expo and now the carmaker has confirmed that Beat Activ, Beat facelift and Essentia compact sedan will make it to production. 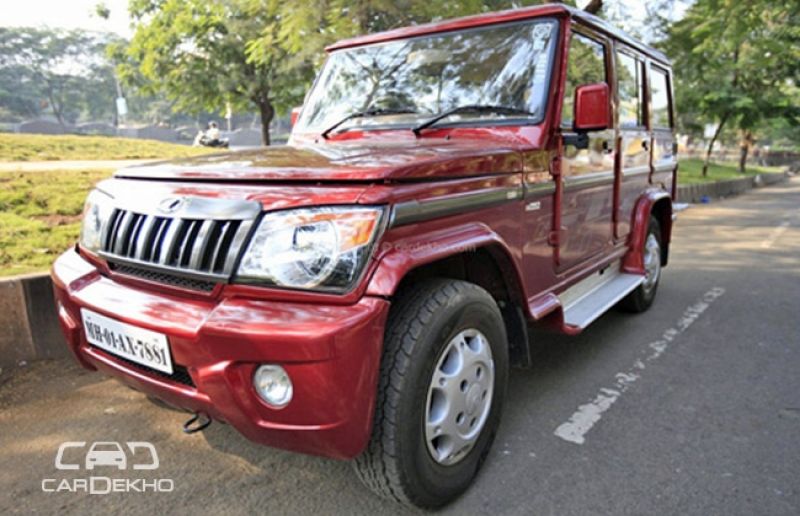 Expected to launch this month, this Mahindra is being entrusted to revive the Bolero name in the country. As this will be smaller than four metre in length, the carmaker will most likely install a 1.5-litre mHawk diesel engine, which is also found in the other sub-four metre SUVs of the brand. 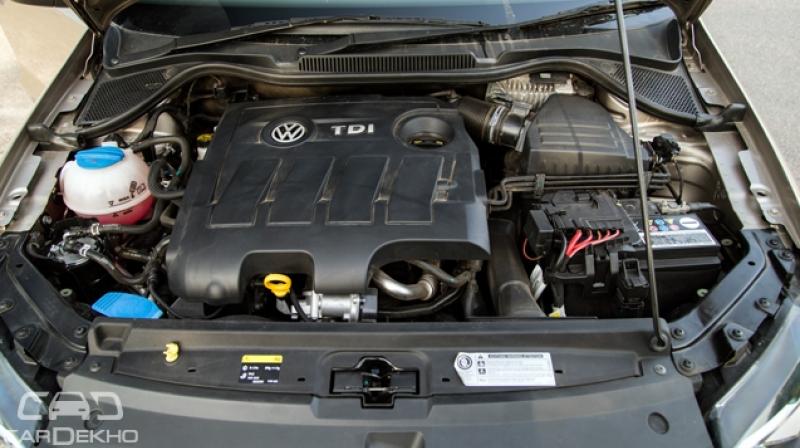 The 1.5-Litre TDI engine of the Polo and the Vento is undergoing a turbo update. This engine will develop more power and will be launched soon. While the current tune generates 104PS in the Vento, the update will bump it up to 109PS. This update is expected to happen in October. 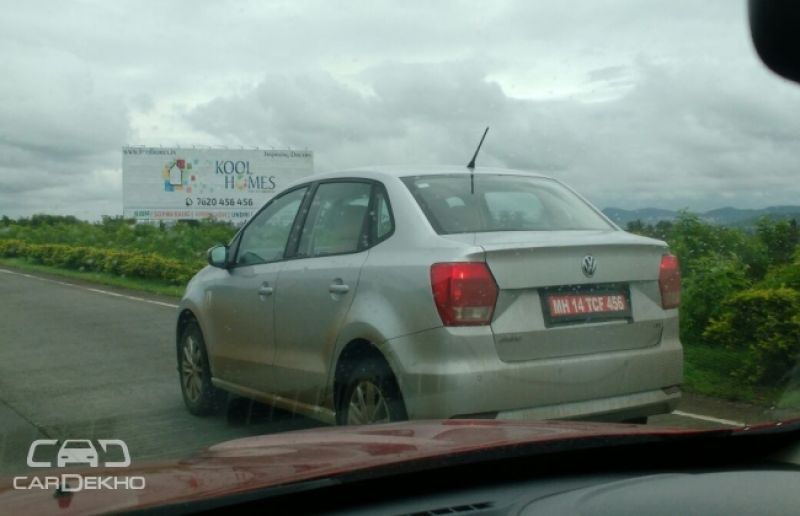 Launched recently, the Ameo is the first sub-four metre sedan by the German automaker. The sedan is as of now only available in three petrol trims and the diesel variants will be on sale in the festive season. The petrol mill in the Ameo is a 1.2-litre unit and the diesel will be a 1.5-litre unit borrowed from the Polo hatchback. The TDI Ameo was last spotted testing a few days back, check it out. 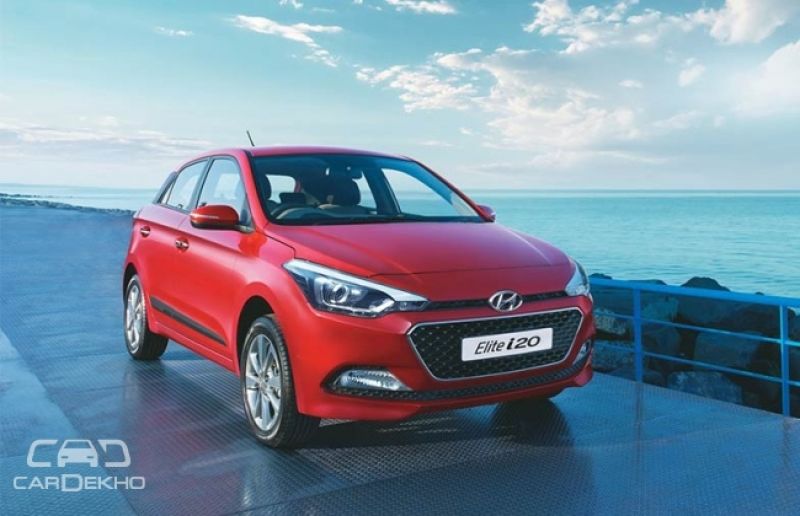 A phenomenal success, the Elite i20 is one of the highest-selling Hyundai models. To take it a step further, Hyundai will soon introduce an automatic variant of the car, which will be mated to the petrol engine. This gasoline mill is a 1.2 MPi unit which has a power output of 83PS. 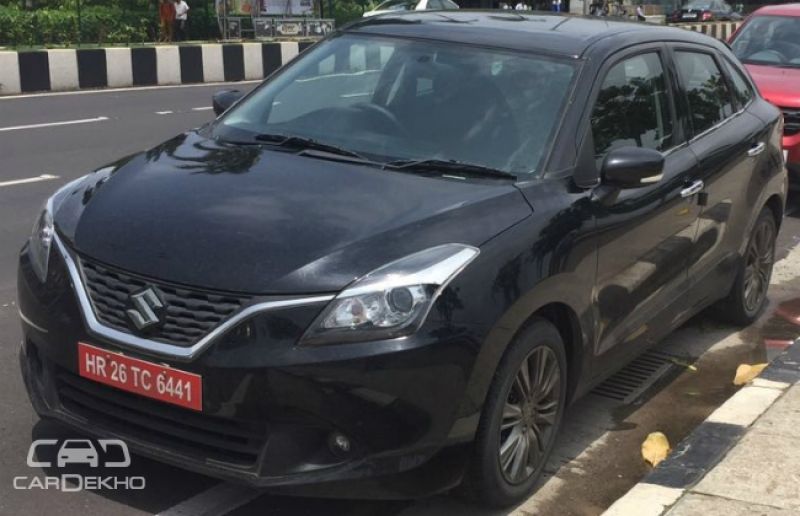 The Baleno on steroids, this car has fans eagerly waiting ever since it was showcased at the Auto Expo. Featuring a turbocharged 1.0-litre motor, this car has the power of 108 horses under its belly and gets disc brakes all around. This car will most likely be launched in late October. 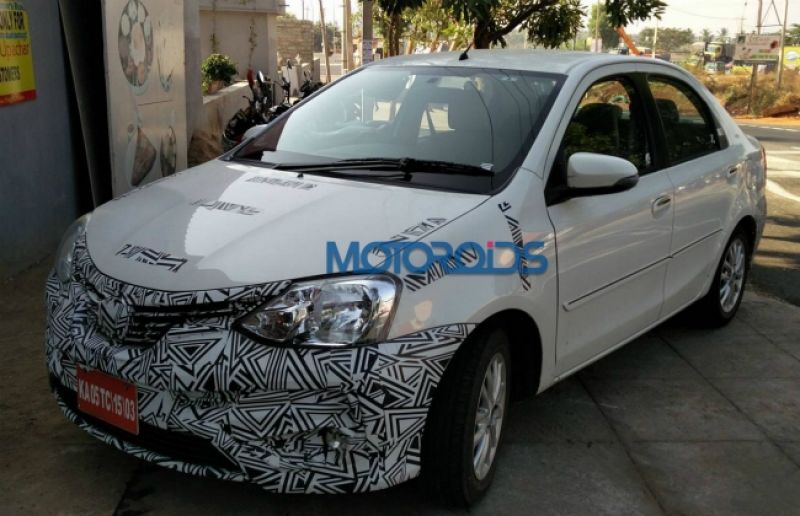 The entry-level Toyota sedan will undergo minor changes this year. The facelift will have reworked front and rear bumper along with minor body changes. Also, there might be a digital instrument cluster and some minor tweaks in the interiors. 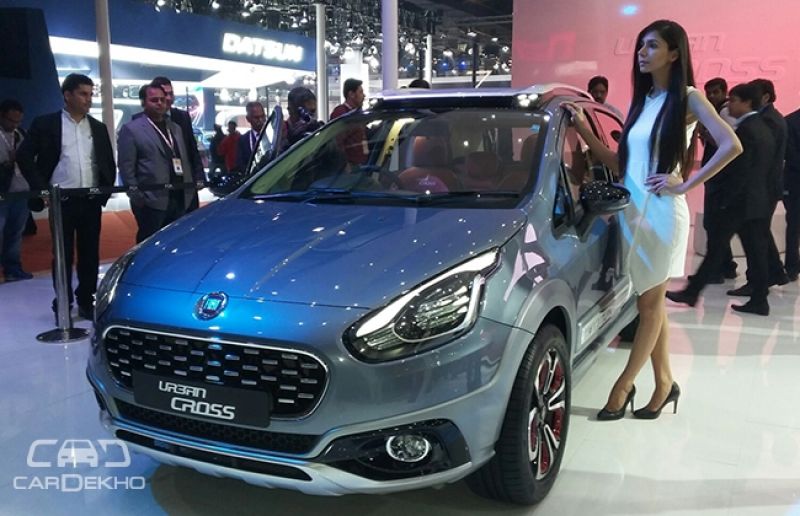 Showcased at the Auto Expo, this crossover hatchback is a more luxurious avatar of the Avventura. It is expected to come with a 1.4-litre petrol motor and a 1.3-litre 16V MULTIJET engine. It will also feature plush interiors with a five-inch touchscreen infotainment system. 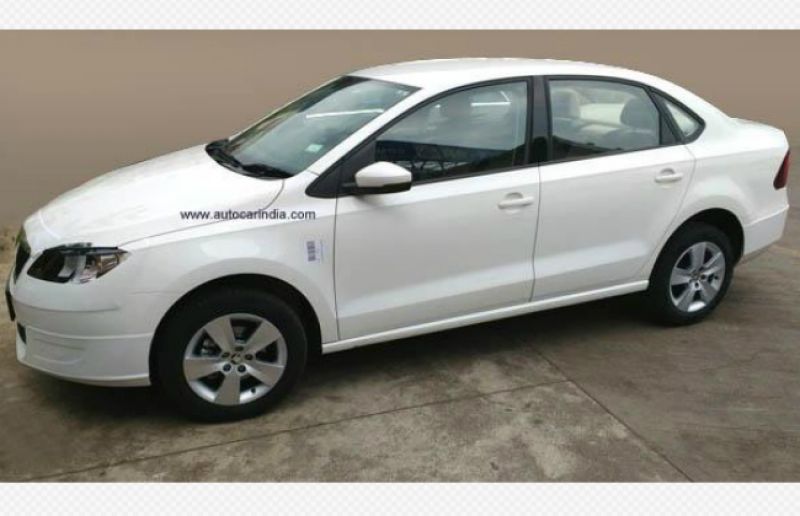 It's about time Skoda rolls out the updated Rapid. This car will feature minor body tweaks along with an upgraded equipment list. The facelift might have a similar front look as seen on the Octavia and the Superb, with sharp rectangular headlamps and vertical black coloured slats. The car will get a new bonnet, ORVMs with integrated side blinkers and redesigned headlamps and taillamps. 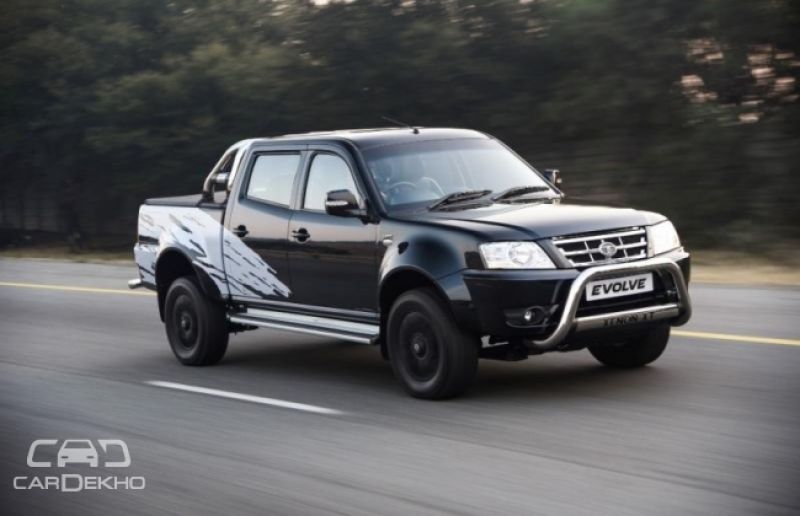 Tata's take on an adventure vehicle, this pickup has been the go-to vehicle for the people who like to take the road less travelled. Now, Tata is coming out with a facelift for this pickup which will boast both equipment and design changes. Tata Motors has launched an updated Xenon in South African, called 'Evolve'. The updated includes a new front bumper, a roll-over bar, nudge guards at the front and the rear and updated alloy wheels. Inside, it gets leather upholstery, power windows, integrated music system with navigation and Bluetooth and a tilt-adjustable steering. 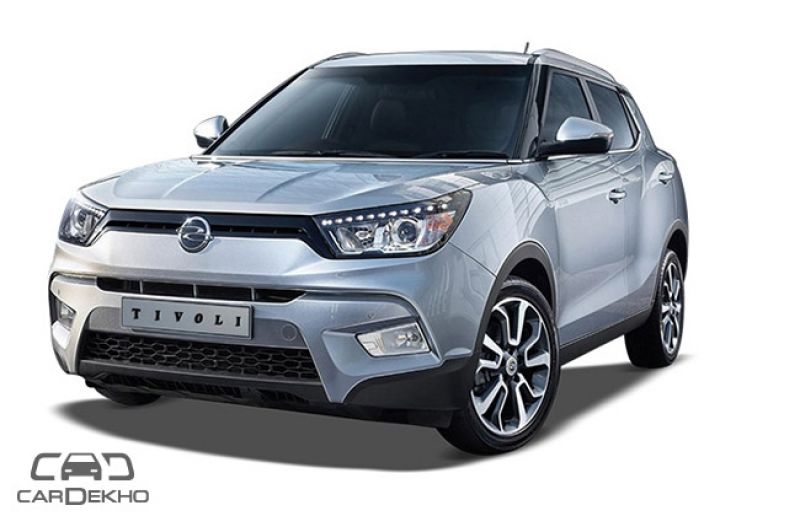 SsangYong has seen some success with the Rexton SUV in India. To further capture the SUV space, it will launch the Tivoli in India, which is a global success. This is a compact SUV and will rival the likes of the Hyundai Creta and Renault Duster. The Tivoli in Europe has a 1.6-liter petrol and diesel engines. These are most likely to enter the Indian market. 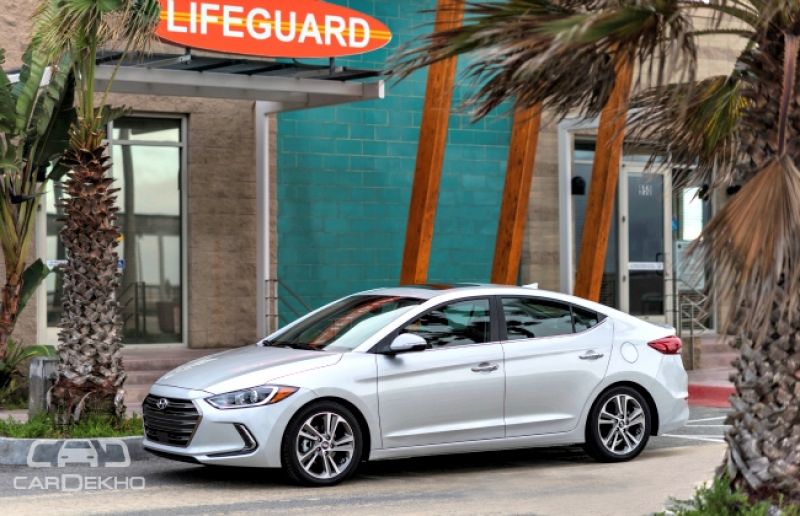 The next-gen Elantra is all set to be the next head turner for Hyundai. It has a beautiful shape and comes packed with features. It is based on the second iteration of Hyundai’s Fluidic Sculpture design language and will be launched in September in India. This sedan will feature a 4.2-inch LCD screen which will provid a host of information. Also, it will come with Hyundai’s latest 7.0-inch and 8.0-inch infotainment systems, which support both Apple CarPlay and Google Android Auto. 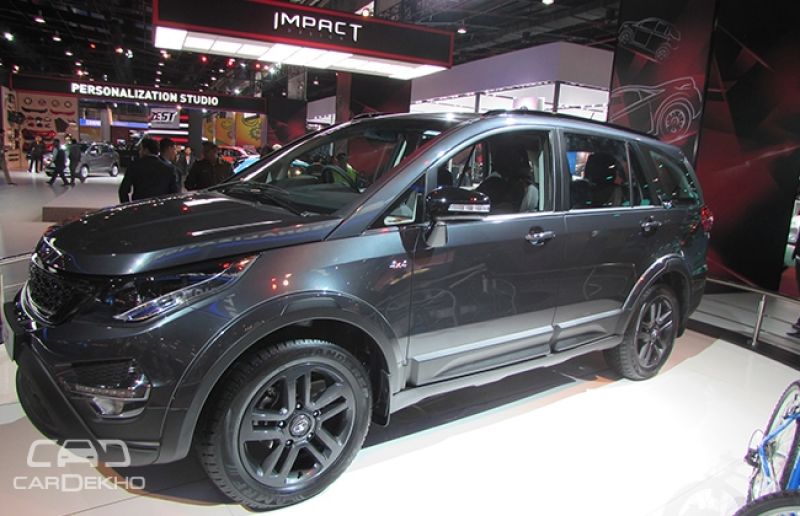 Tata's answer to the Innova Crysta, the Hexa will be a sedan SUV cross and has muscular looks. It will come feature packed with a 400Nm diesel engine. This vehicle will come equipped with six airbags and Electronic Stability Program (ESP). Also,  the car will have four drive modes -- Automatic, Comfort, Dynamic and Rough-Road. 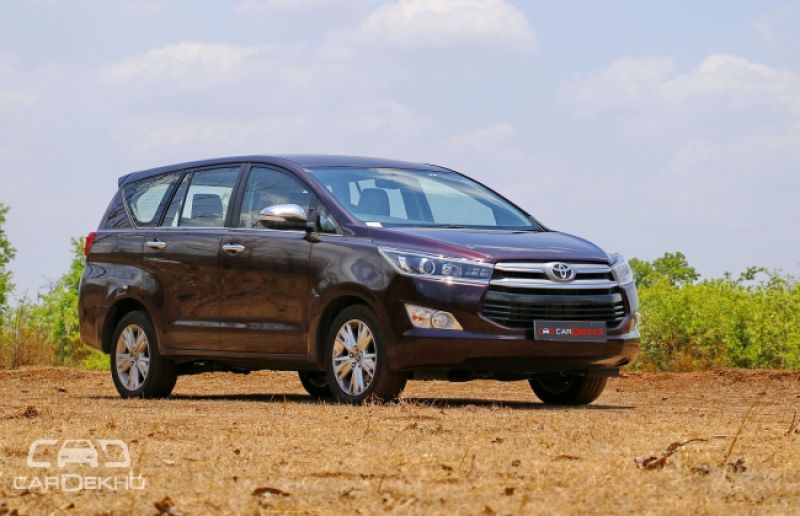 The Toyota Innova Crysta has witnessed an overwhelming response in India. It has become the highest-selling MPV/SUV in the country, beating the likes of the Hyundai Creta and  the Vitara Brezza. The bookings for the petrol variants of the MPV have begun and it will be launched soon. 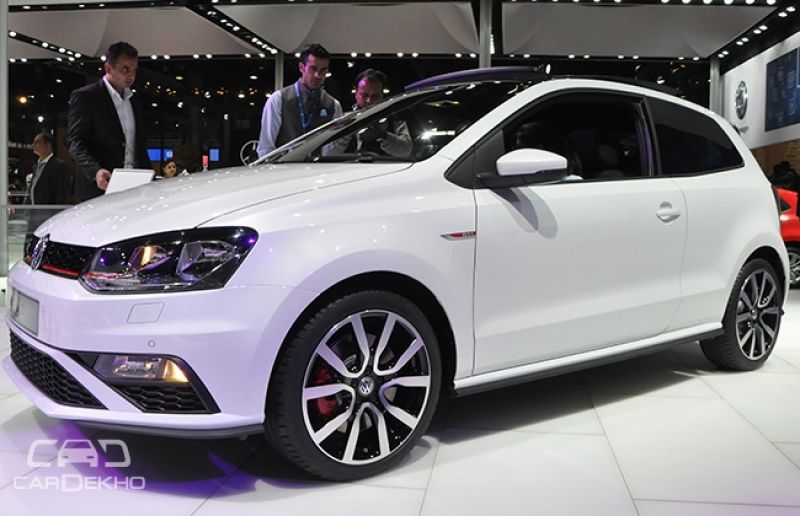 The mighty Polo GTI is all set to rip off its rubber on Indian tarmac. This car launches itself from 0 to 100 kmph in 6.7 seconds, courtesy the 1.8 TFSi petrol motor which produces 192PS of power and 250Nm of torque. 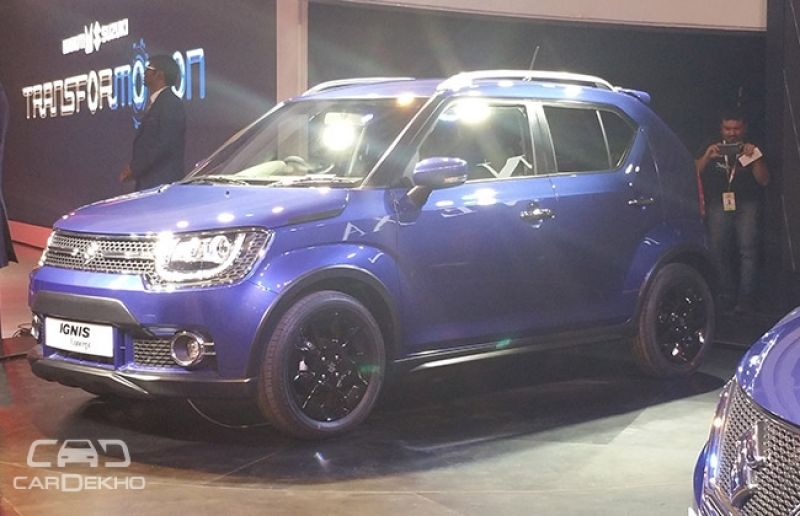 The next big thing from Maruti, the Ignis hatchback will be placed below the Baleno and above the Swift and will most likely be sold through the NEXA outlets. The car will most likely feature the 1.2-litre petrol and a 1.3-litre diesel engine. There is also a possibility of Maruti introducing a continuously variable transmission (CVT) in the hatchback. There are some reports which suggest that this car will now be launched in 2017 so as to cope with the rising demand for the Vitara Brezza.

These cars have the potential to change the Indian automotive market. With majority of the cars being from Tata, Maruti and Hyundai, customers all over India will soon have a wide new range of vehicles to choose from.