The Kicks and the 2017 Micra will probably share their dashboard as the dash of the Kicks looks like an adaptation of the new Micra’s concept — Sway.

Nissan’s new global compact SUV has been generating a lot of buzz lately. The automaker revealed the new Kicks through social media ahead of its said debut at the upcoming Olympics Torch Relay. The cabin was kept under wraps. However, a video revealing the dashboard has surfaced online. And the dashboard of the Kicks appears to be a production-feasible version of the Sway concept’s futuristic dash. For the uninitiated, the Sway is said to be the concept of the next-gen Mica, expected to make its debut later this year. 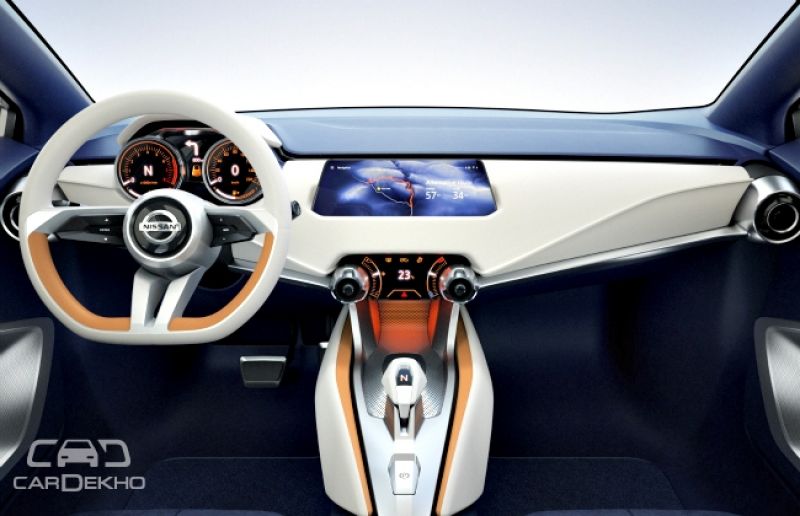 The revealed video, in turn, helps us guess that the new Micra will have similar interiors. Of late, several mass manufacturers have started to share dashboards among the cars in their line-ups. 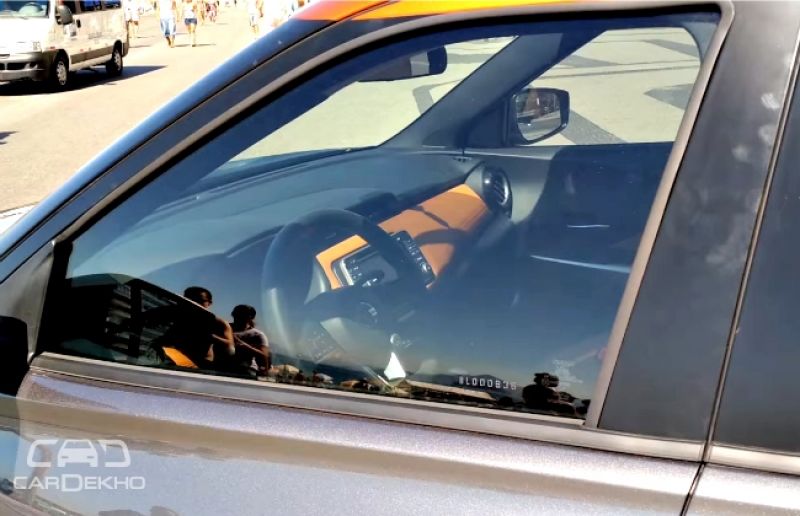 The new dashboard has a very clean layout and features a dual tone shade. It features a larger touchscreen at the, just like the concept and circular AC side louvers. The new flat-bottom steering wheel comes with a sporty twin spoke is also similar to the Sway show car. Much like the concept, the door pads merge with the dashboard, imparting a very streamlined look to the interiors. 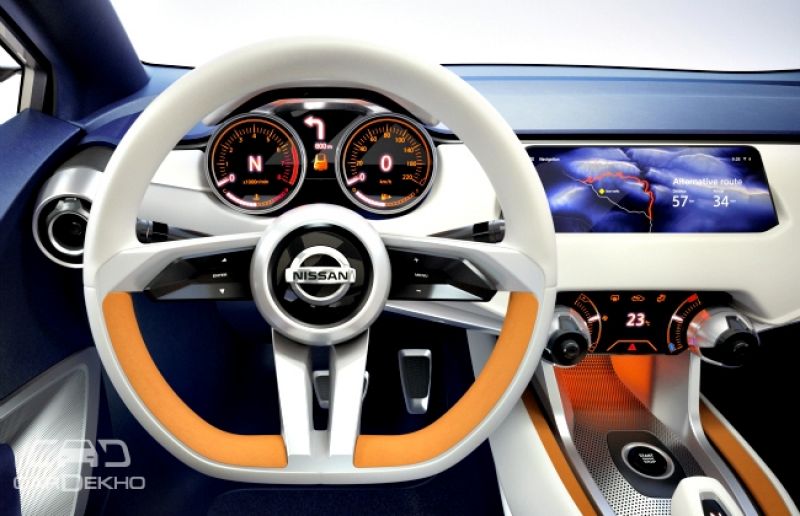 The Kicks will go sale in the coming months in Brazil while its India launch is expected next year or in early 2018.  Wondering about the engine options and its launch feasibility in India? Click here.