The team members, who are busy promoting the film, flew down to Chandigarh on January 25.

A source close to the film’s makers said that upon seeing the rushes of ‘Saala Khadoos’, Milkha Singh is of the opinion that it would help promote the sport of boxing in the country. 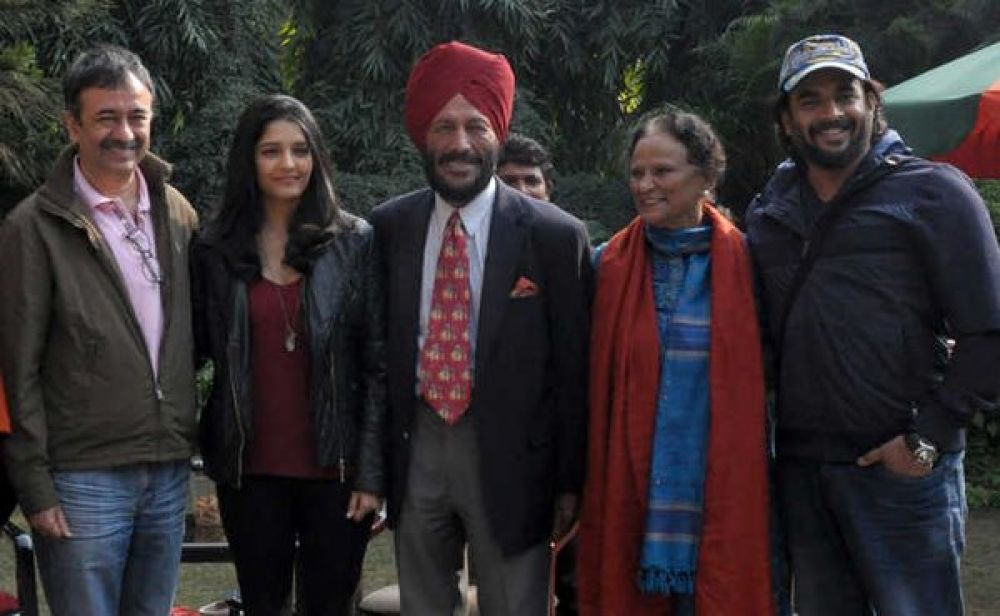 Milkha Singh is especially happy that a filmmaker of Hirani’s repute is producing such a sports-oriented film, which is written and directed by Sudha Kongara.

#SaalaKhadoos the man with the pic of THE MAN. The Flying Sikh ..Milkha Singh ji. pic.twitter.com/jWyaeyfpAv