Actress Raveena Tandon seems to have taken on a new role. No, we are not talking about a movie role. Raveena is all set to play a wedding planner for the nuptials of her youngest adopted daughter Chhaya.

Recently, the actress was spotted at the Mumbai airport accompanying her daughter to Goa where the wedding is slated to take place. According to a source close to the family, the idea of turning wedding planner was spurred by all the onscreen weddings she has been part of.

As the groom is from Goa, the wedding will be performed according to both Hindu and Catholic rituals, say close sources. “The sangeet will be hosted by Raveena and family to which only very close relatives and friends have been invited. There will also be a mehendi, besides the chuda ceremony and the ghara ghardoli. Those will be followed by the Catholic rituals. Raveena has personally designed each function that has been organised by the bride’s side of the family.” 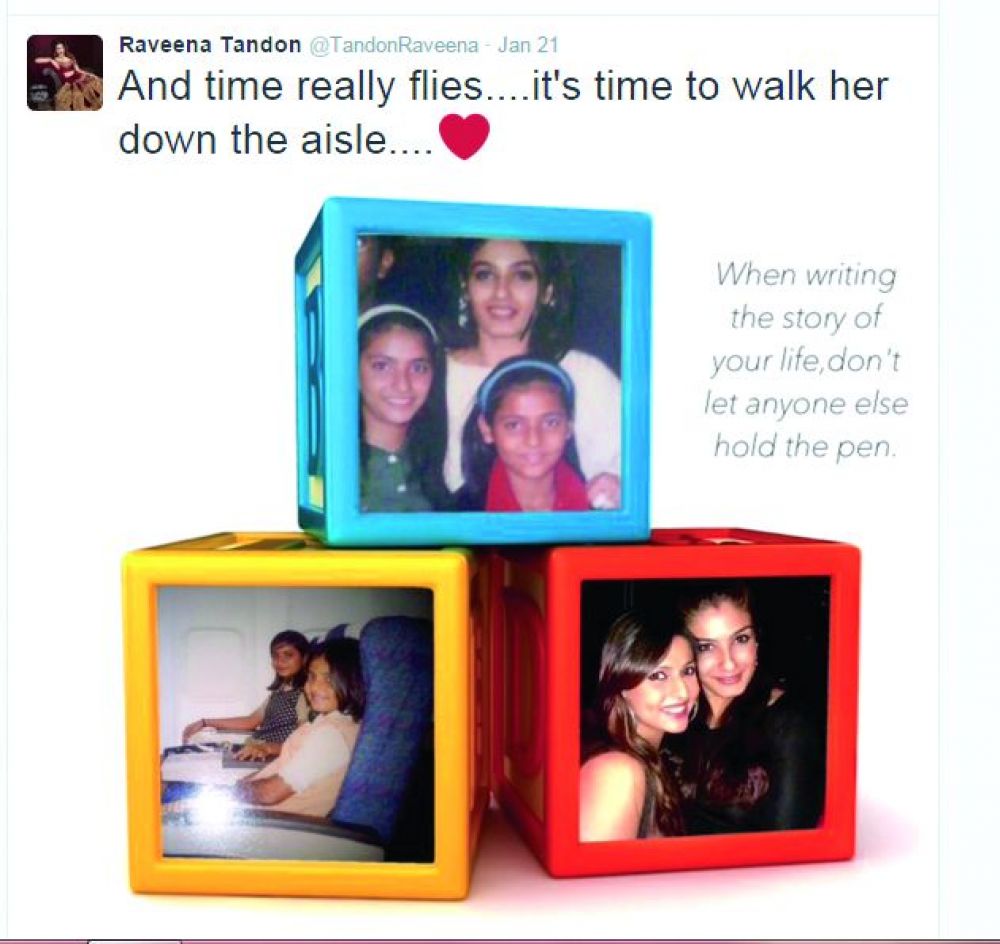