Varun Dhawan posted this picture on Twitter and wrote, "You know ur part of a gritty thriller when mornings are this god dam gloomy #Dishoom #dontmesswithnature"

New Delhi: Bollywood actor Varun Dhawan, who will be soon seen in the upcoming action film 'Dishoom,' is very excited to kick off its third schedule shoot. The actor is currently in Abu Dhabi filming for his brother's directorial.

As revealed by the actor himself, Varun Dhawan will be shooting some very important action scenes in the deserts of Abu Dhabi. 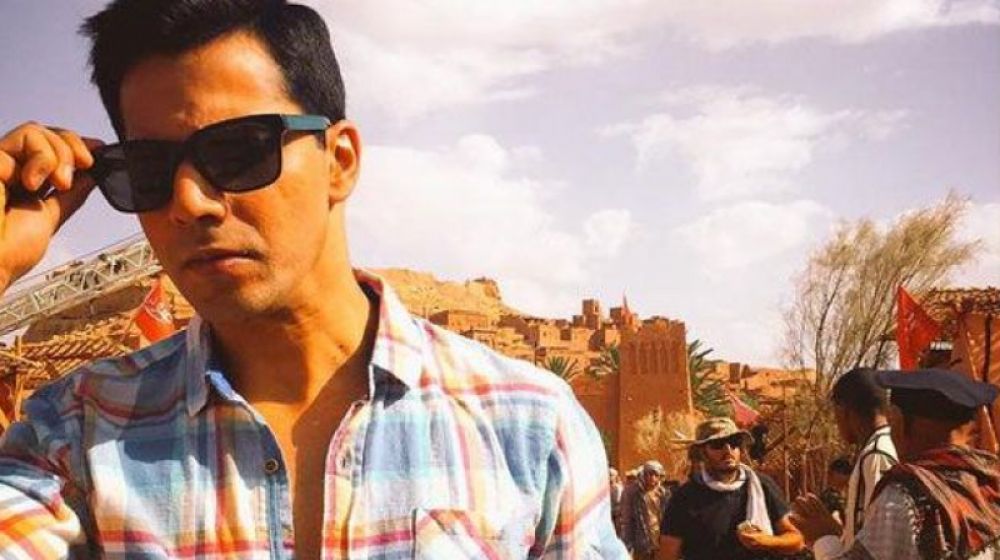 Expressing his excitement, the 28-year-old actor took to his Twitter and shared the information with his fans, "I'm off to Abu dabi for the 3rd and most important sched of # Dishoom. Can't wait to start shooting john,jacky,akshaykhanna,saqib and."

I'm off to Abu dabi for the 3rd and most important sched of #Dishoom. Can't wait to start shooting john,jacky,akshaykhanna,saqib and...

This is the first time Varun will be working in his brother Rohit Dhawan's directorial.

It will be a comeback movie for Akshaye Khanna, who remained absent from silver-screen for four years.