Shah Rukh Khan and Honey Singh pose for a photo together.

A year after their ugly spat on the ‘SLAM’ world tour, Shah Rukh Khan and singer Yo Yo Honey Singh hugged and made up at Vikram Phadnis’ after party. The two stars, who attended the designer’s show, let bygones be bygones and partied together on Saturday night.

It had been reported that Shah Rukh slapped the rapper during the ‘SLAM’ tour abroad, and told him to leave the show. Soon after the incident, the rapper called in sick and abruptly left show. Honey Singh then shied away from making public appearances for a few months, with reports stating that he had checked himself into a rehab centre in Chandigarh. 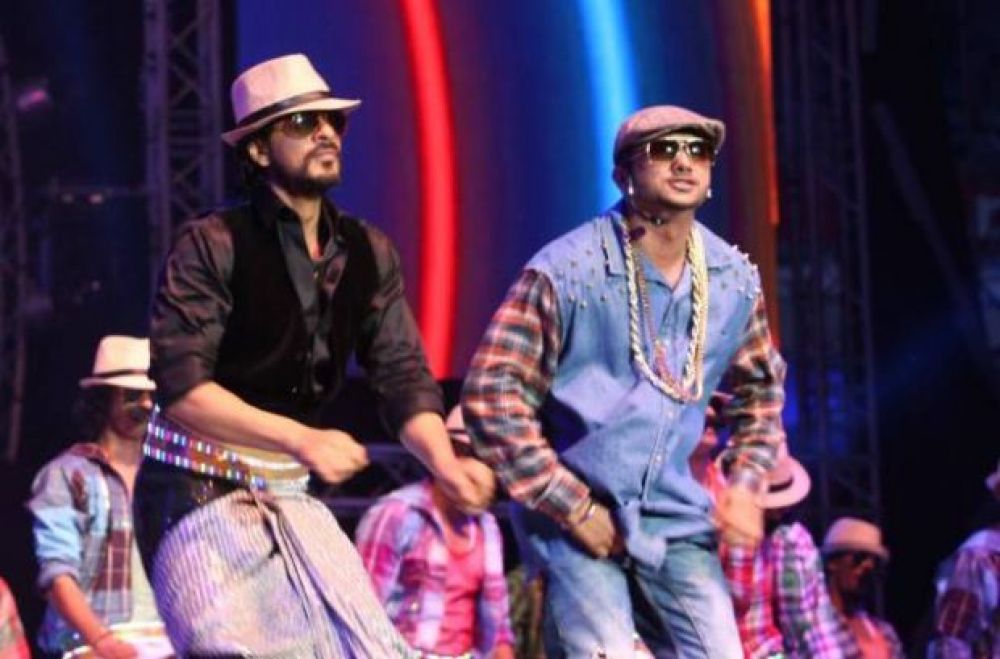 Although SRK and Honey Singh's wife went on to rubbish rumours, the two never worked on any projects after that.

However, all seems to have been forgiven and forgotten as Honey shared his selfie with SRK at the after party.

And the after party with lovely shahrukh bhai

According to an online report, Honey made the first move to talk to Shah Rukh. The rapper even went on to admit his mistake and said that Shah Rukh needed to consider his ill health as the reason behind his behaviour. Their conversation reportedly went on for over 20-minutes and ended with a hug and selfie.

Shah Rukh is currently shooting for his next political drama 'Raees' and is gearing up for the release of 'FAN' in April.