Poland's Culture Minister Piotr Glinski looks the marble bust of the antique goddess Diana during a ceremony of return at the Lazienki Palace in Warsaw, Poland. (Photo: AP)

Warsaw, Poland: An 18th-century marble bust of the goddess Diana looted by the Nazis in 1940 has returned to Warsaw from Vienna, where it recently surfaced at an auction house.

The return of the sculpture by French master Jean-Antoine Houdon, valued at 250,000 euros, ($270,000) is the latest development in Poland's yearslong effort to retrieve tens of thousands of works of art looted from museums and private collections in the nation's tumultuous history, most recently during World War II.

Poland has listed some 63,000 works of art as missing.

The white marble, bare-breasted bust of the hunter goddess was officially returned today to Warsaw's Lazienki Palace, following months of efforts by Poland's government and the Art Recovery Group Ltd.

"It is wonderful to have her back with us," said Culture Minister Piotr Glinski. 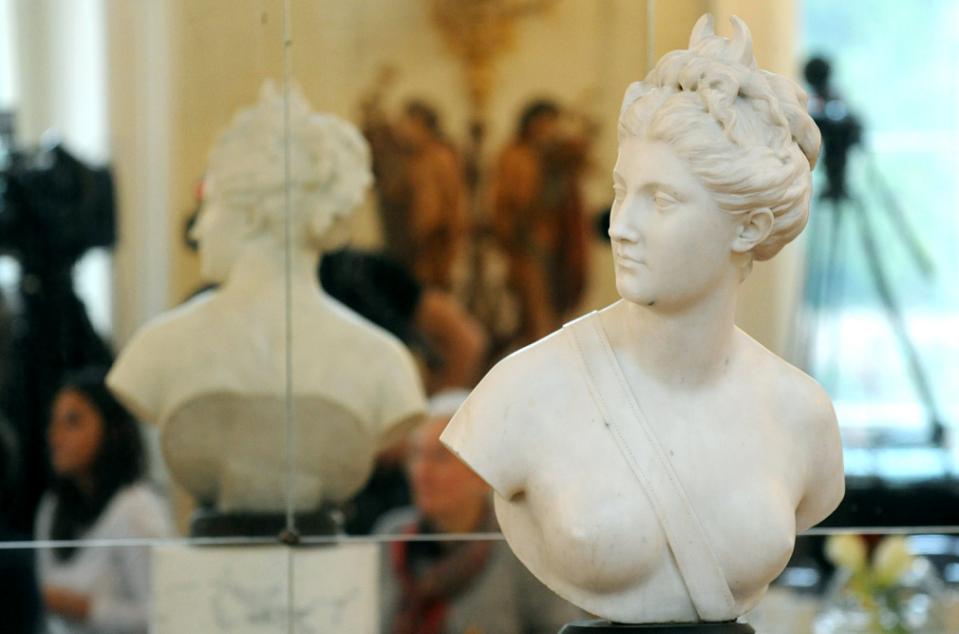 The sculpture was among the most precious purchases made by Poland's last king, Stanislaw August Poniatowski in late 18th century. It was first looted from the palace by Bolshevik troops during World War I, but returned when Polish troops entered Russian territory in 1920, during a war against Moscow.

It vanished again in 1940 during Nazi Germany's occupation of Poland.

Last spring, a Vienna auction house contacted Polish art expert, Ewa Ziembinska, over a bust that a private person wanted to sell through them. Based on pre-war records and photos, the sculpture was identified as Poland's property. Its return was obtained through legal and diplomatic efforts with no payment involved, officials said.

"It is a true pleasure to see Diana finally back home and we are looking forward to many more successful homecomings in the future,' said Ariane Moser of the Art Recovery Group.

Omicron spreading faster, but may be less severe, say researchers