Mumbai: She redefined the gentleman’s sport. When the Indian cricket only meant Sachin Tendulkar, she rose from a village in Jodhpur and scaled greater heights. Mithali Raj – the captain of the Indian women’s cricket team – turned 33 on December 3, 2015.  Here is a brief look at her career.

At 19, she emerged the epithet ‘Lady Sachin’ after a double hundred (214) against England in Taunton.

Mithali represented Railways in domestic cricket and started her career playing alongside Anjum Chopra and Anju Jain for Air India.

With time, she established herself as a strong batsman and then, went on to lead the team to their first World Cup final in 2005 against Australia.

Not only with the bat, Mithali is a good leg-break bowler as well. She received the Arjuna award in 2003. 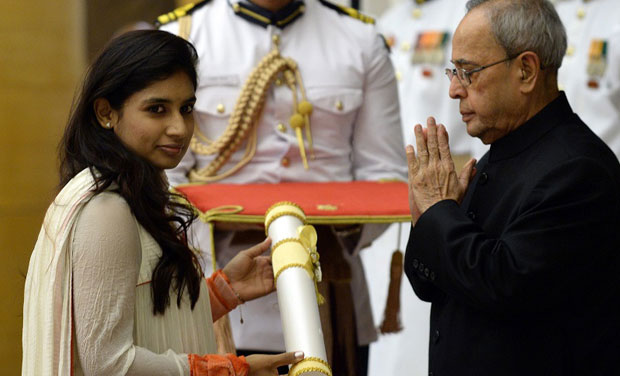 Mithali at a glance