Bhopal: Scores of survivors of the Bhopal Gastragedy along with supporters from different parts of the country and world, today on the 31st anniversary of the disaster, marched to the defunct Union Carbide factory here, the site where toxic gas methyl isocyanate leaked in 1984 killing thousands and maiming lakhs of people.

The marchers who began walking from the Bharat Talkies under-bridge area, were joined by locals, mostly Muslims, who are affected by poisoning of ground water from the chemical waste dumped in and around the abandoned factory.

The protesters smeared mud over logos of Union Carbide and its current owner, Dow Chemicals, seeking justice and relief for the victims even as they demanded that the guilty be brought to book. 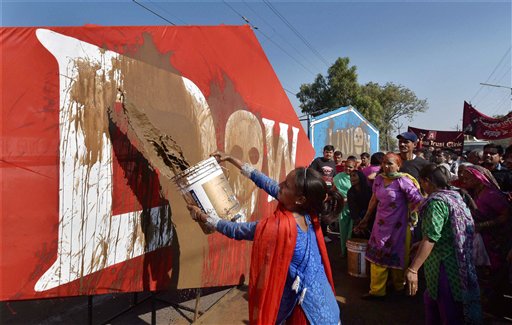 A woman throwing mud on the logo of Union Carbide and Dow Chemical in front of the abandoned Union carbide factory on the 31st anniversary of Bhopal Gas Tragedy, in Bhopal. (Photo: AP)

Heads of various NGOs working for survivors of the world's worst industrial disaster charged the state and central governments with protecting the interests of the US company.

They said both governments continue to be deliberately negligent towards the medical care as well as the economic and environmental rehabilitation of the survivors and the contamination-exposed people.

According to NGOs, several reports of the Supreme Court Committee for Medical Monitoring have exposed the miserable state of healthcare of the gas survivors.

"It is indeed disgraceful that the central and state governments continue to ignore the recommendations of the Monitoring committee," Rashida Bee, President of the Bhopal Gas Peedit Mahila Stationery Karmchari Sangh, said. 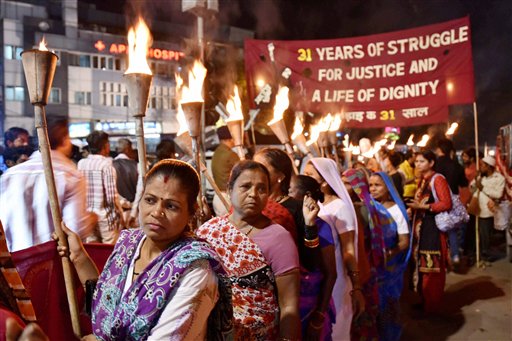 Survivors of the Bhopal Gas Tragedy taking out torch rally at the abandoned Union carbide factory, on the eve of 31st anniversary of disaster in Bhopal on Wednesday. (Photo: AP)

"Several thousand survivors were given loans following the disaster but it only caused indebtedness as they were not provided steady income avenues. Instead of providing vocational training and placement support, the government is now inconsiderately bringing back the failed loan scheme," he alleged. 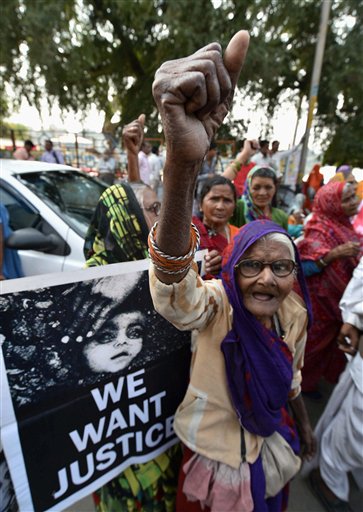 Survivors of the Bhopal Gas Disaster shot slogans during a protest demanding proper compensation and Justice on the eve of  31st anniversary of tragedy in Bhopal (Photo: AP)

Nawab Khan of Bhopal Gas Peedit Mahila Purush Sangharsh Morcha said that the Indian government's neglect of survivors and the generation of victims born after the disaster has been most glaring. 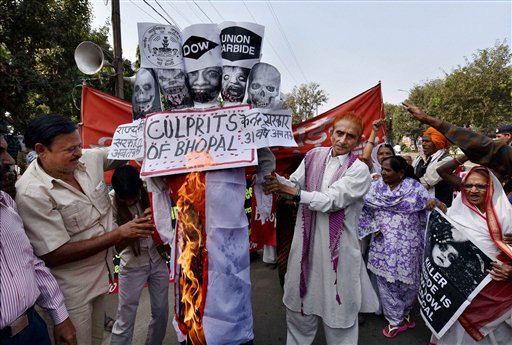