Mumbai: After screaming from rooftops 'Main Toh Superman, Salman Ka Fan', Arjun Kapoor now claims to be a Spiderman. The actor is currently busy shooting for 'Khatron Ke Khiladi season 7' in Argentina and is experimenting with dangerous tricks.
He posted a picture and captioned it as, "Spider+Man = Spiderman !! Takin the #khatronkekhiladiseason7 tagline quite literally n with the keeda #tarantulas !!" 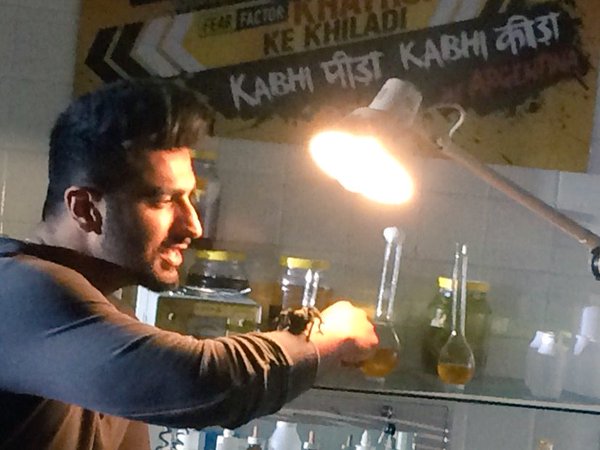 Meanwhile, Arjun Kapoor's upcoming movie 'Ki & Ka' starring Kareena Kapoor Khan was set to hit the theatres on Valentine's Day 2016 but the release has been postponed. He took to twitter announcing that the movie will no longer be released on the original date.

Ok guys #kiandka isn't releasing on Valentine's day we were never supposed to...we will announce the release date once Balki sir is ready to