In the singles, Yuki Bhambri was the best-ranked player at number 91 followed by Saketh Myneni (171), who gained two places, and Somdev Devvarman (179). (Photo: AFP)

New Delhi: Rohan Bopanna, who finished runner-up at the season-ending ATP Finals, returned top-10 as he gained three places to be at number nine in individual doubles rankings, issued on Monday. 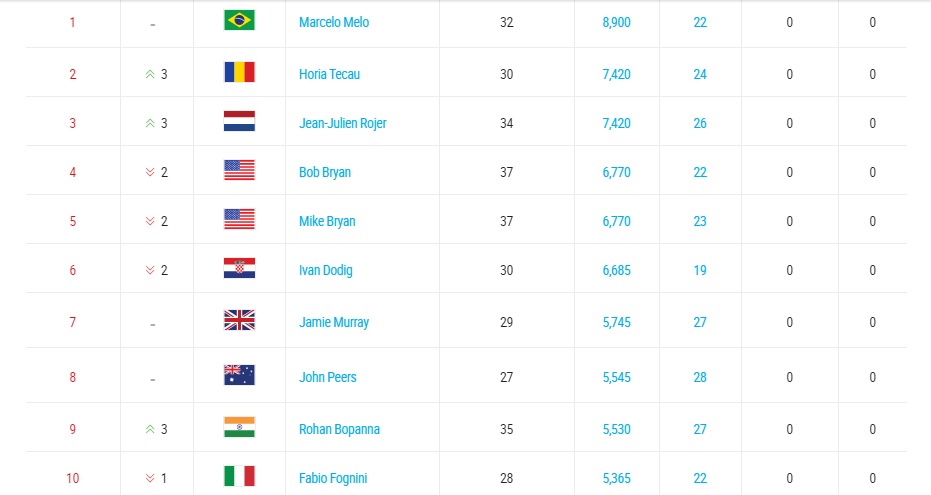 Bopanna and his Romanian partner Florin Mergea fell at the final hurdle as they lost the summit clash to Jean Julien-Roger and Horia Tecau on Sunday.

Leander Paes was the next best at 41 (unchanged) while Purav Raja (93) also maintained his top-100 place. In the singles, Yuki Bhambri was the best-ranked player at number 91 followed by Saketh Myneni (171), who gained two places, and Somdev Devvarman (179).

(Photo: Screengrab taken from the official website of WTA Tennis)

In the WTA rankings, Sania Mirza's number one rank was intact in the doubles chart while in the singles Ankita Raina is the top player in the country at number 253.