The return of the 'click-n-print' camera

"Why can't I see them now?" a little girl asked her father. She wondered why it took so long to develop and print photos she had taken with her box camera. Dr Edwin Land went on to co-found the Polaroid Corporation and in 1948 answered his daughter's wish -- by inventing the Land self-developing camera, which produced a print 60 seconds after you took a picture. Polaroid has remained a synonym for instant-print cameras for 60 years, till the company went bankrupt in 2008, killed by digital and mobile phone cameras.

The Japanese film company Fuji, however retained faith in instant cameras and continued to produce them under the brand Instax. Now incredibly, they are making a comeback worldwide: There are enough people who want to 'see them now' and hold a print in their hands, rather than posting then on Instagram. They are very handy for creating quick Photo IDs and restaurants use them as keepsake giveaways for customers. And here's irony for you! Fuji makes Polaroid-branded Snap instant cameras for PLR IP Holdings, the company that was born out of the ashes of the original Polaroid and now offers a range of handy still and video cameras and printers.

In India, Fuji has been marketing a slate of Instax Mini cameras for almost a year now. The latest that I have been trying out is the Instax Mini 70, a chunky device with (what else!) a special selfie button as well as close-up macro and landscape modes and a self timer. Cameras have become a lot smarter since the early instamatics -- and the Mini 70 is very good at figuring out the right exposure. Fuji sells the instant film in packs of 10 (a twin pack costs $20 or about Rs 1,000) and it is a cinch to slot in a pack into the camera. Shoot your pic and the photo rolls out -- taking about 40-50 seconds to develop. The word 'mini' relates to the instaprint size -- 6.2 x 4.6cm (2.5-inch by 1.8-inch) or the size of a credit card. The Mini 70 costs Rs 11,500. There are other models from Rs 6,441 to Rs 10,999. 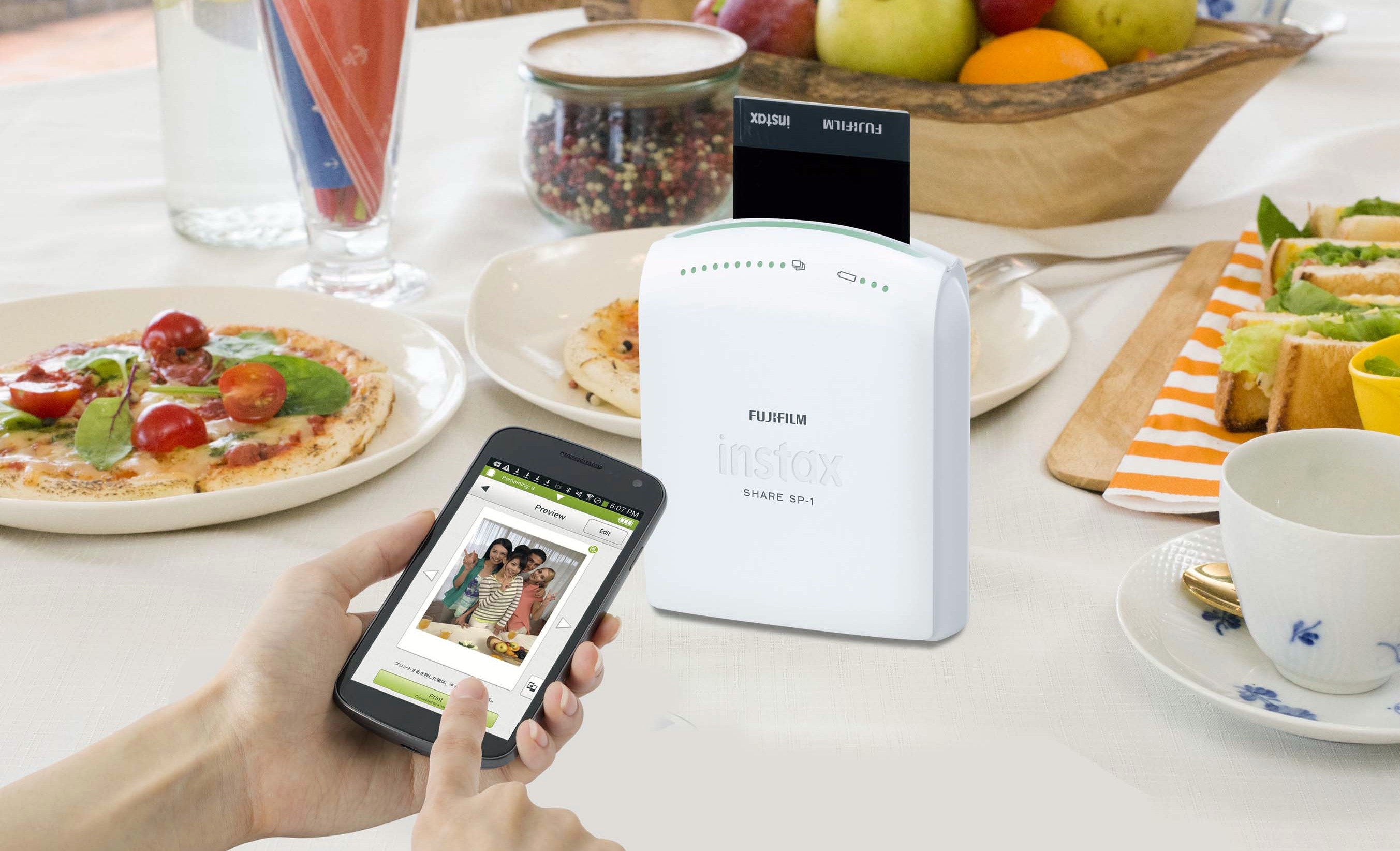 For those who want to use the camera on their phones, Fuji offers the Instax Share Smartphone printer SP1 which takes the same 10-print pack of film. It sets up its own Wi-Fi link to your phone and once you have installed the free Android or iOS app, you can click on the phone to wirelessly take a print. Both the printer and the Mini camera work off two CR2 batteries supplied. The printers is priced Rs 14,500. I loved the detailed instructions that come with both Fiji products-- clearly written with dummies in mind! 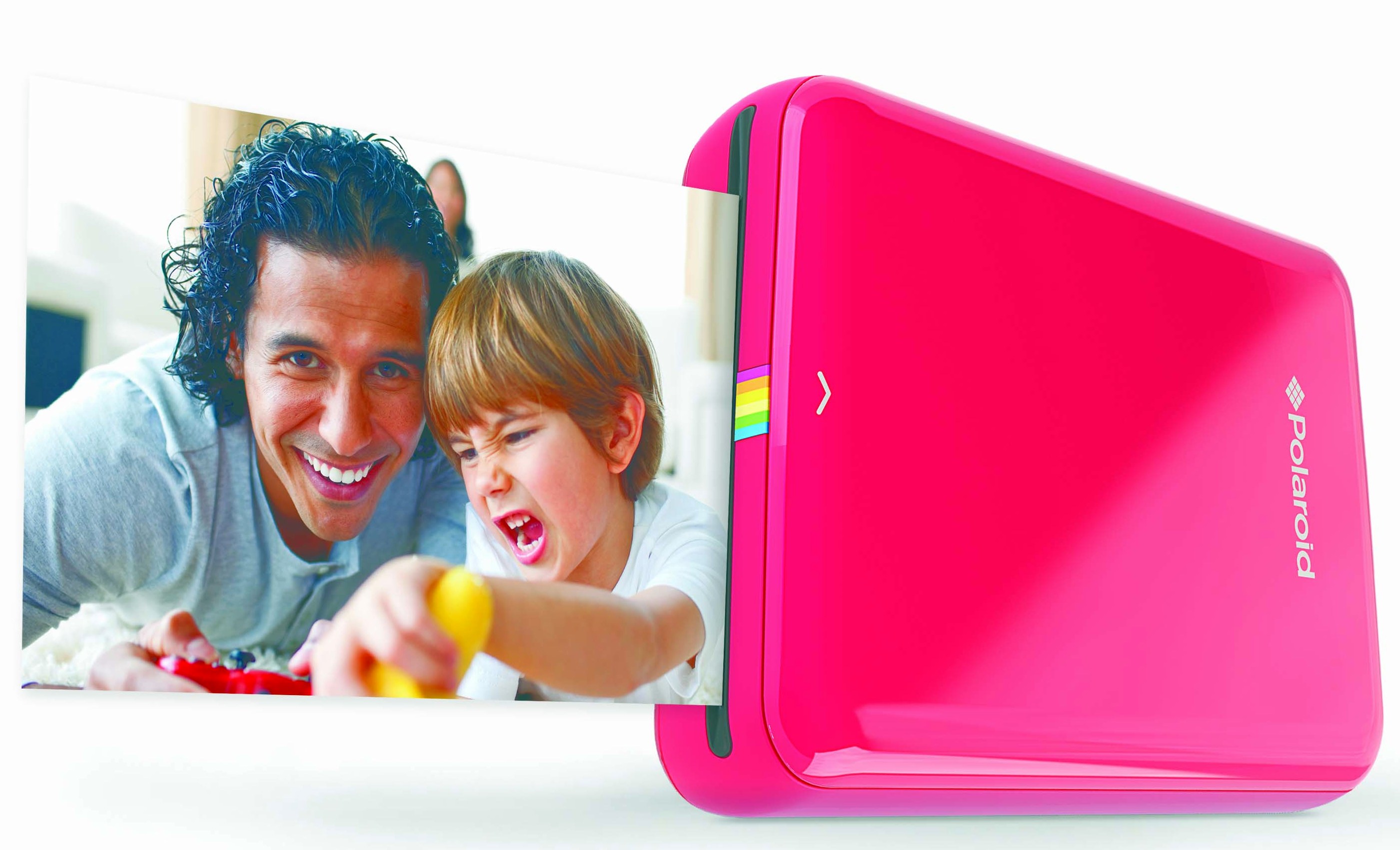 Polaroid has also launched an instant wireless printer in India. The Zip smartphone printer links to the phone either via Bluetooth pairing or by NFC (you place the phone on the printer) and uses a USB cable for charging its built-in battery. You can load the sheets of Zink -- zero ink -- photo paper into the printer and use the Zip app to print in much the same way as the Instax printer. It costs Rs 13,350, but uses more area of the paper to provide a 2 inch by 3 inch print, while Fuji leaves space to add your titles and notes. 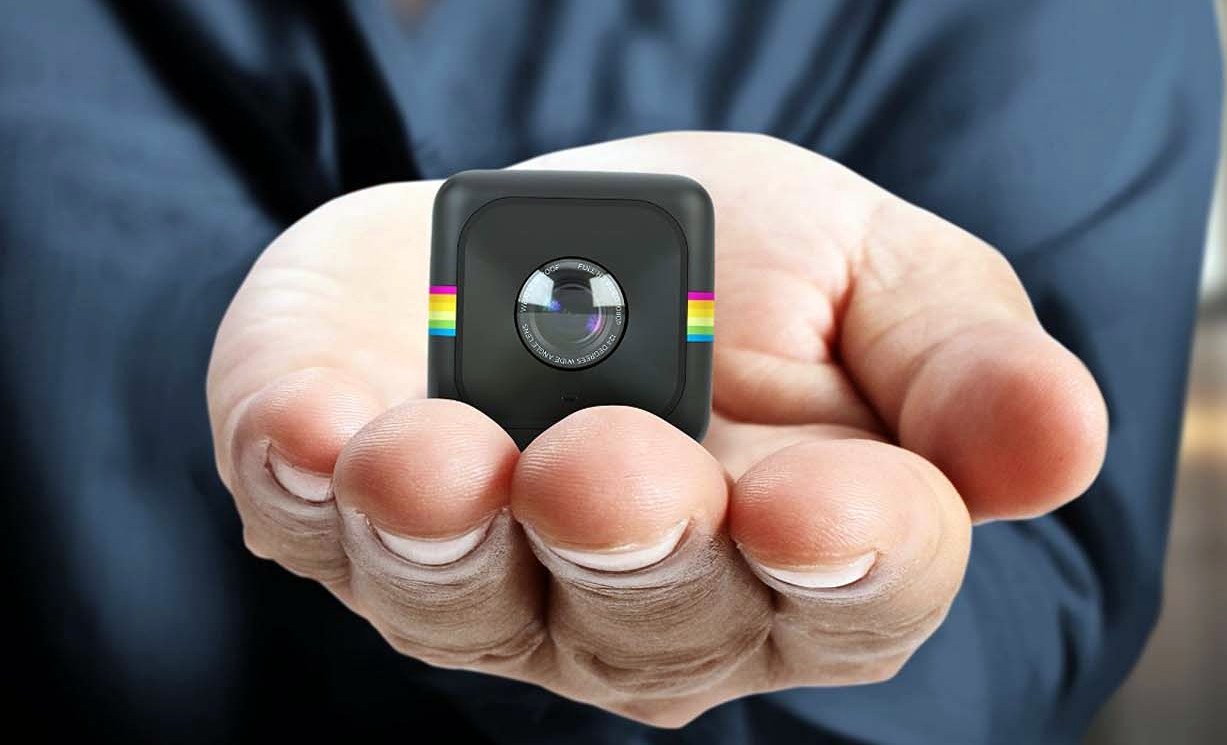 Moving beyond instant prints, Polaroid has also brought to India what is arguably the smallest full HD 1080 p camera, in a design of stark simplicity. The Polaroid Cube is just that -- a cube of 3.5cm, weighing just 45g. It comes with a magnetic base which allows you to stick it on any metal surface -- the handle bar of your bike, the dashboard of your car, or your helmet rim. You open the cover with a coin to reveal a mini USB port to transfer the recording; a slot to take a 32GB micro SD card for storing the files and a slide switch to choose 720p or 1080p video. The 35mm lens comes with a wide 124-degree field of view. There is only one other press switch. It toggles between on and off and between still picture (6MP) and video. A tiny LED switches from green to red while you are recording. The battery is good for 90 minutes between recharges.

For Rs 9,999 you get a rugged weather proof action camcorder whose use is only limited by your imagination. Innovation in Lilliput size!