Kiah is the first dog to graduate from this special K9 training school (Photo: AP)

Advocates say it counters the stereotypical image of the dog as a dangerous breed beloved by criminals.

Kiah has become the first ever pit bull to be employed by NYPD and has created a new history.

She graduated from Animal Farm Foundation programme. She was rescused and trained in that programme for police detection work. 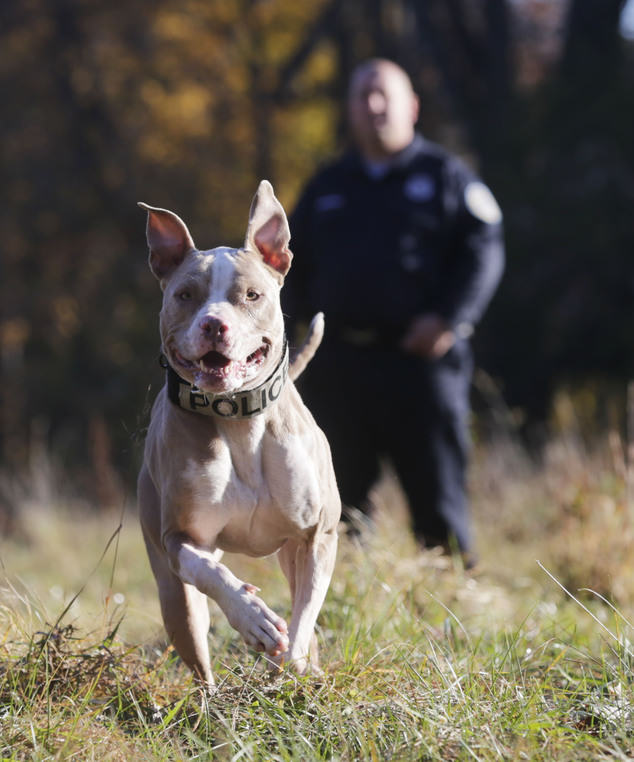 As per reports, she is the first dog to graduate from this special K9 training school .

AFF are a non-profit animal rescue and advocacy group who are dedicated to ending pit bull stereotypes.

Officer Justin Bruzgul, Kiah’s new partner, says in the video ‘breed doesn’t matter’, what does matter is the drive and willingness to work.