The space agency released a series of 10 close-ups of the frosty, faraway world Friday, representing one full rotation, or Pluto day. A Pluto day is equivalent to 6.4 Earth days.

The New Horizons spacecraft snapped the pictures as it zoomed past Pluto in an unprecedented flyby in July. Pluto was between 400,000 and 5 million miles from the camera for these photos.

A similar series of shots were taken of Pluto's jumbo moon, Charon. But the Pluto pictures stand out much more because of the orb's distinct heart-shaped region. 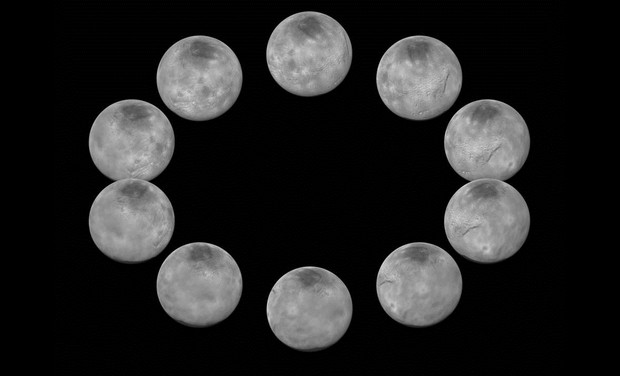 The images of each side of Charon taken during approach have been combined to create this view of a full rotation of the moon (Credits: NASA/JHUAPL/SwRI)

Scientists call the heart Tombaugh Regio, after the U.S. astronomer who discovered Pluto in 1930. New Horizons is now headed to a new target.

National Science Day: Do you know these Indian scientists?

National Science Day: Do you know these Indian scientists?

WHO tiptoes around what to call virus. No, you can't call it Wuhan virus