Mumbai: Our cameras caught a bevy of Bollywood beauties at the Mumbai airport last evening. Stars like Kareena Kapoor Khan, Sania Mirza and Esha Gupta were seen heading back home from their short trips.

Kareena Kapoor was seen leaving the airport with mum Babita Kapoor. It was refreshingly different to see Kareena sport a simple striped shirt, ripped jeans and converse shoes. The actress, who is gearing up for the release of her next film ‘Ki and Ka’, was seen rushing to her car, while mommy Babita followed closely behind. 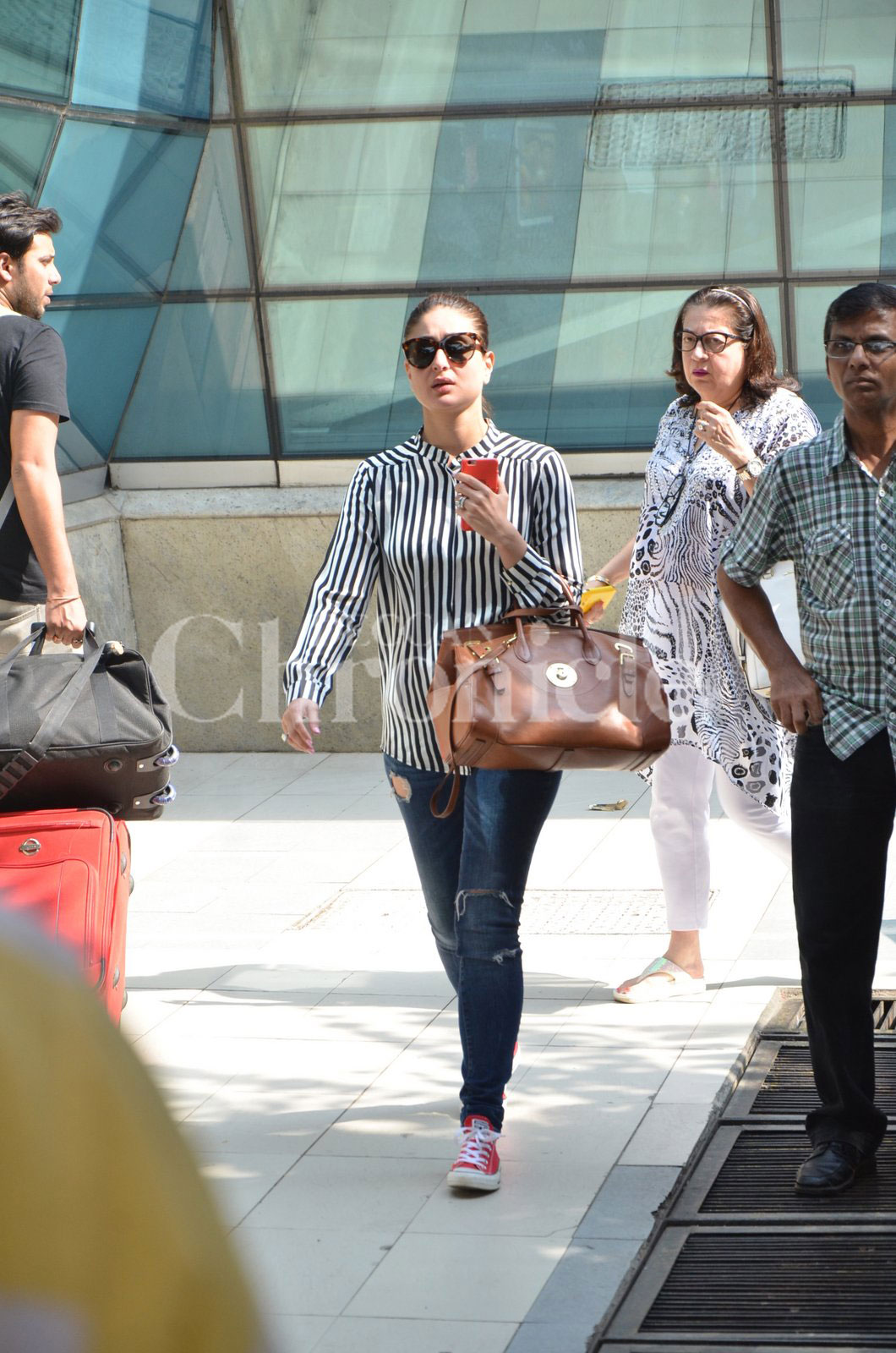 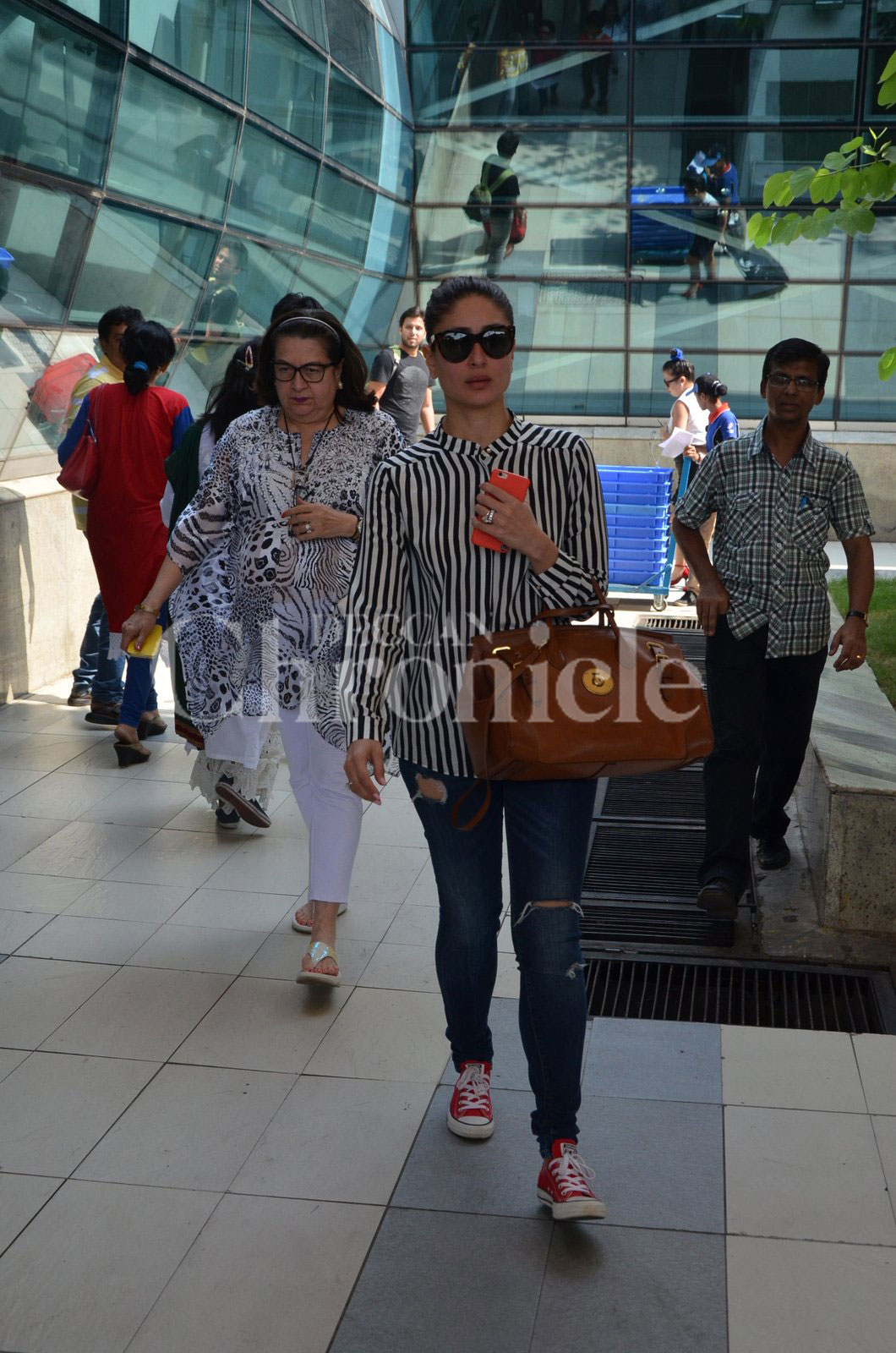 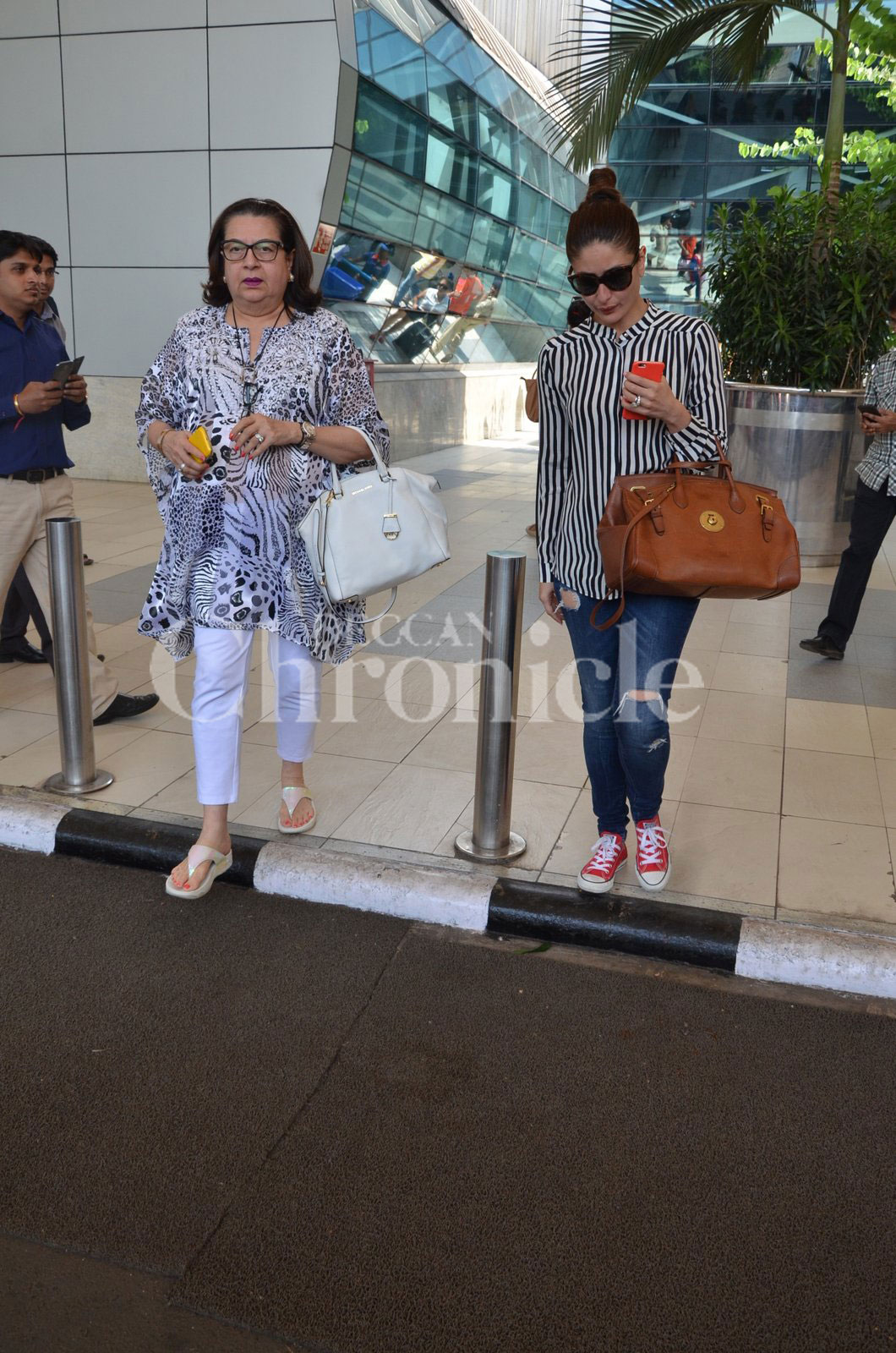 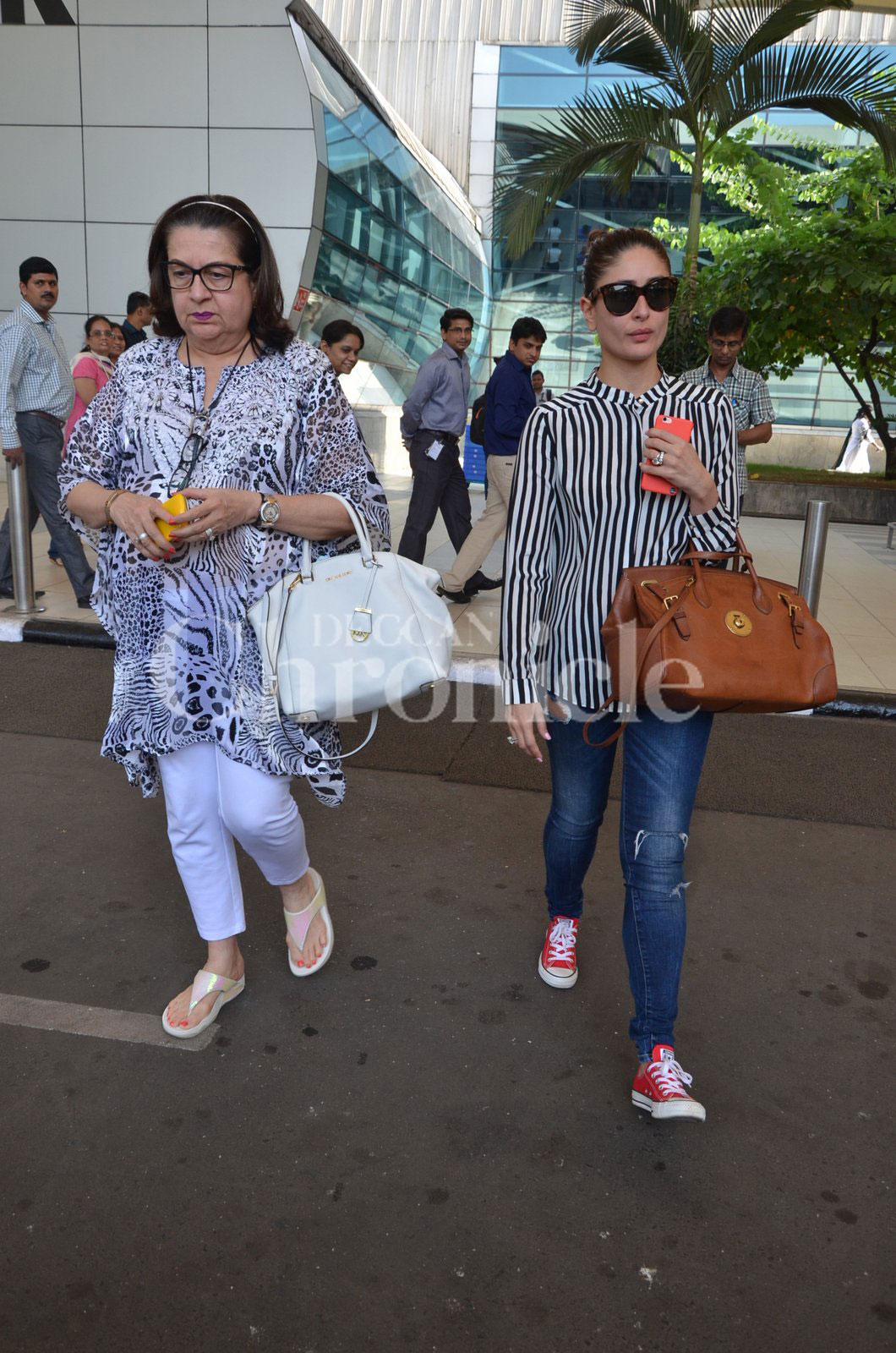 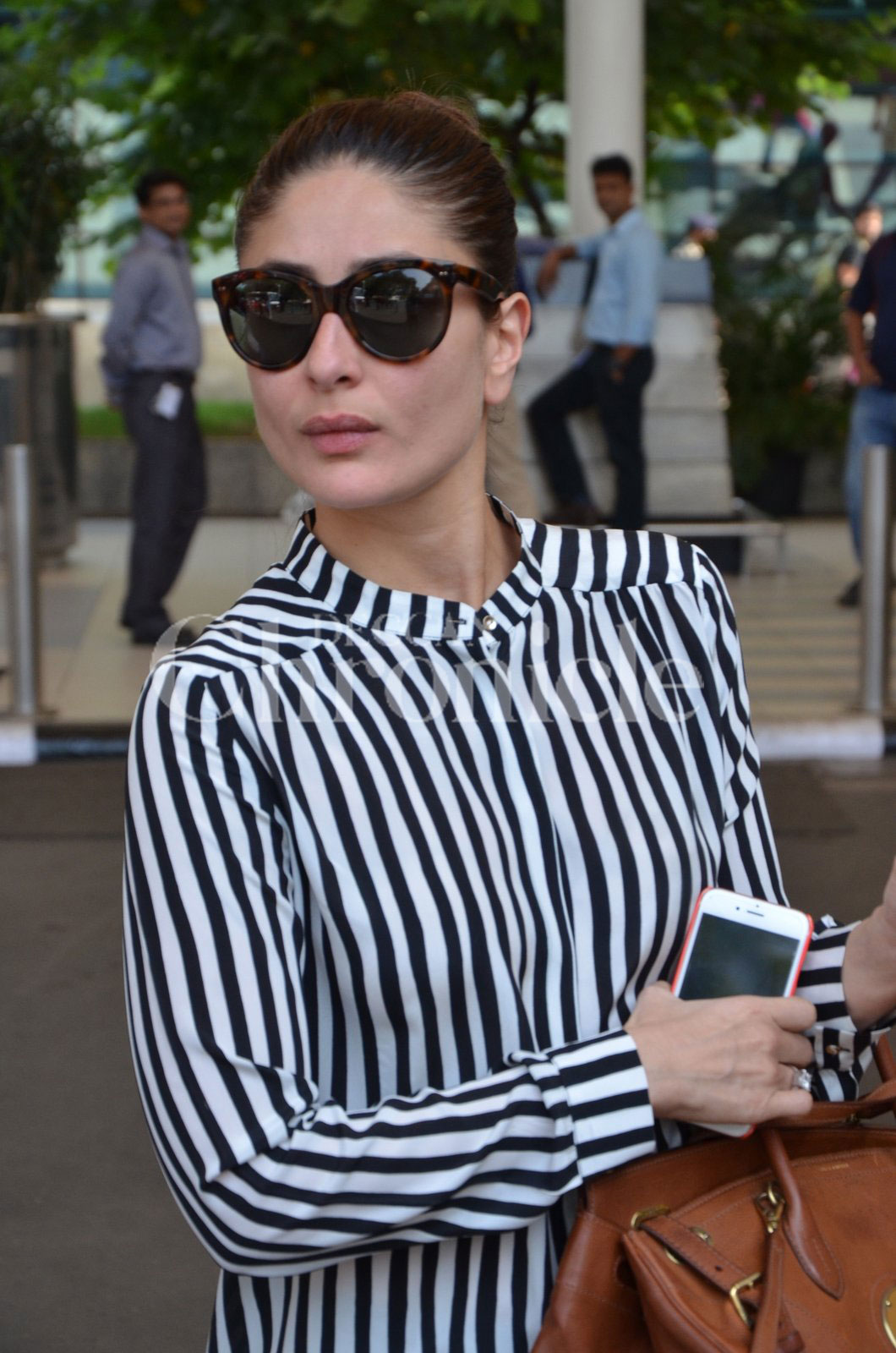 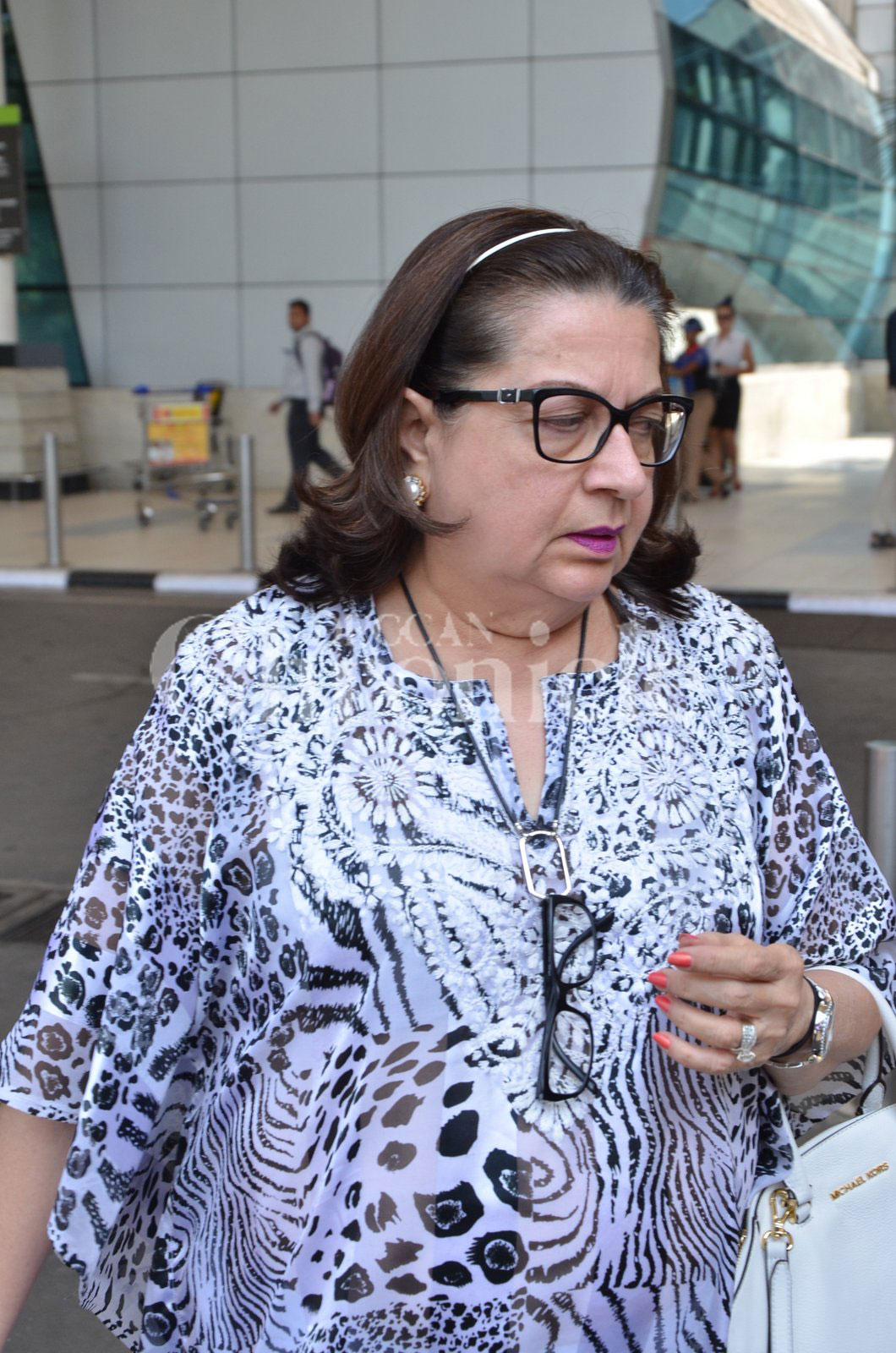 Tennis ace Sania Mirza, who was in the city to celebrate her birthday with her new found celebrity friends, was seen heading back home to Hyderabad. 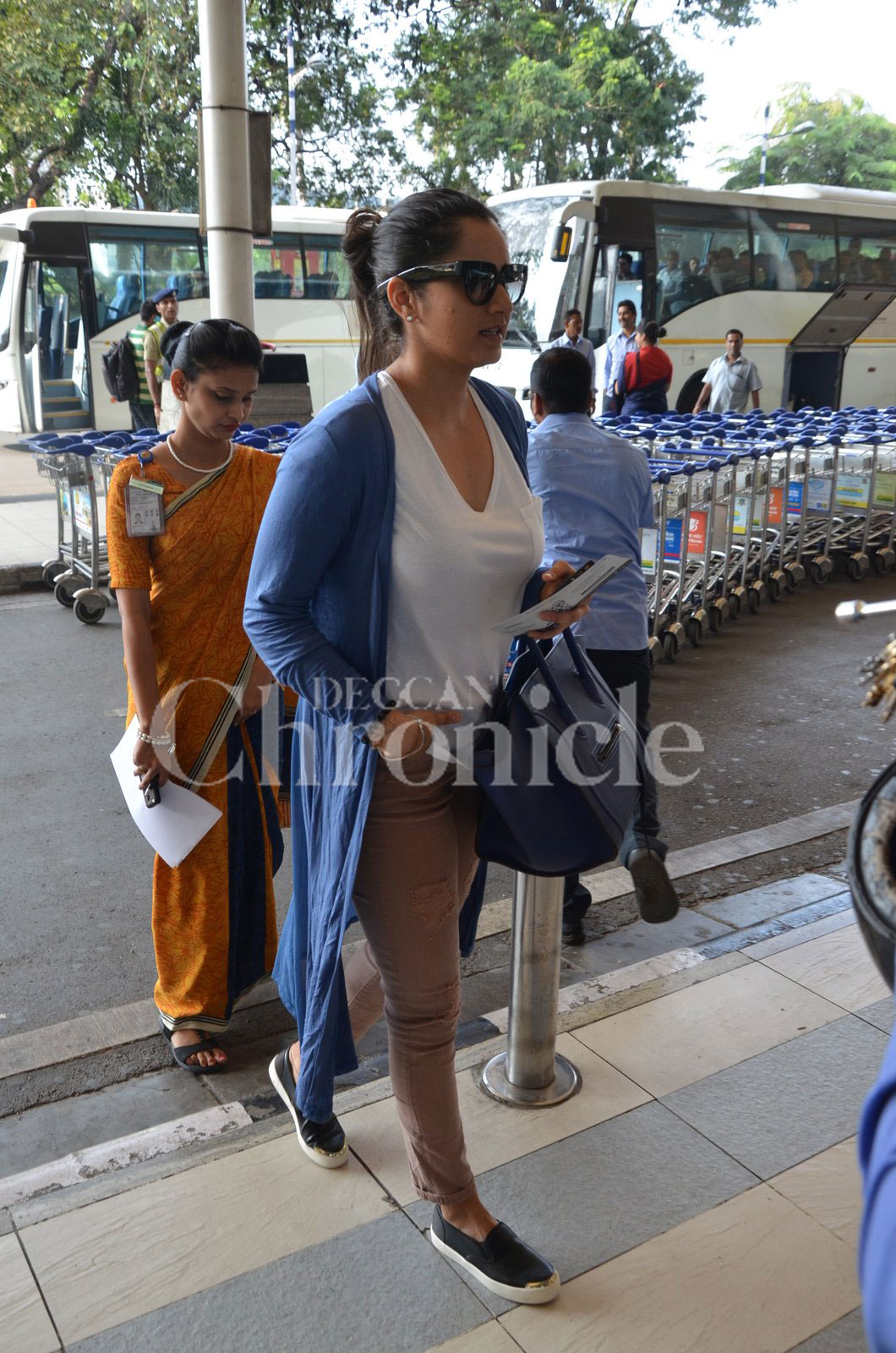 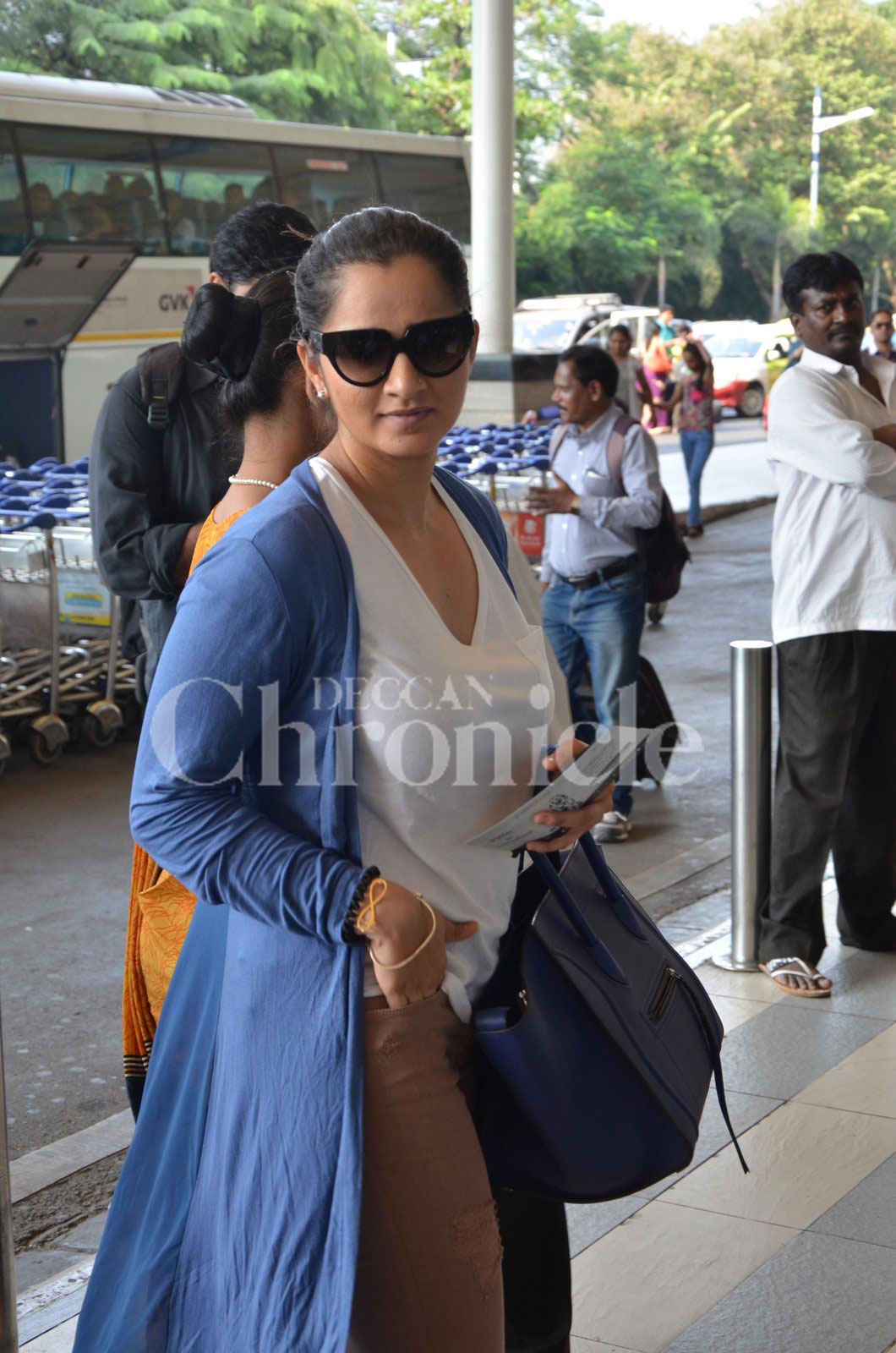 John Abraham’s wife Priya Runchal was also spotted at the airport. The businesswoman was reportedly heading home from her trip to the US. 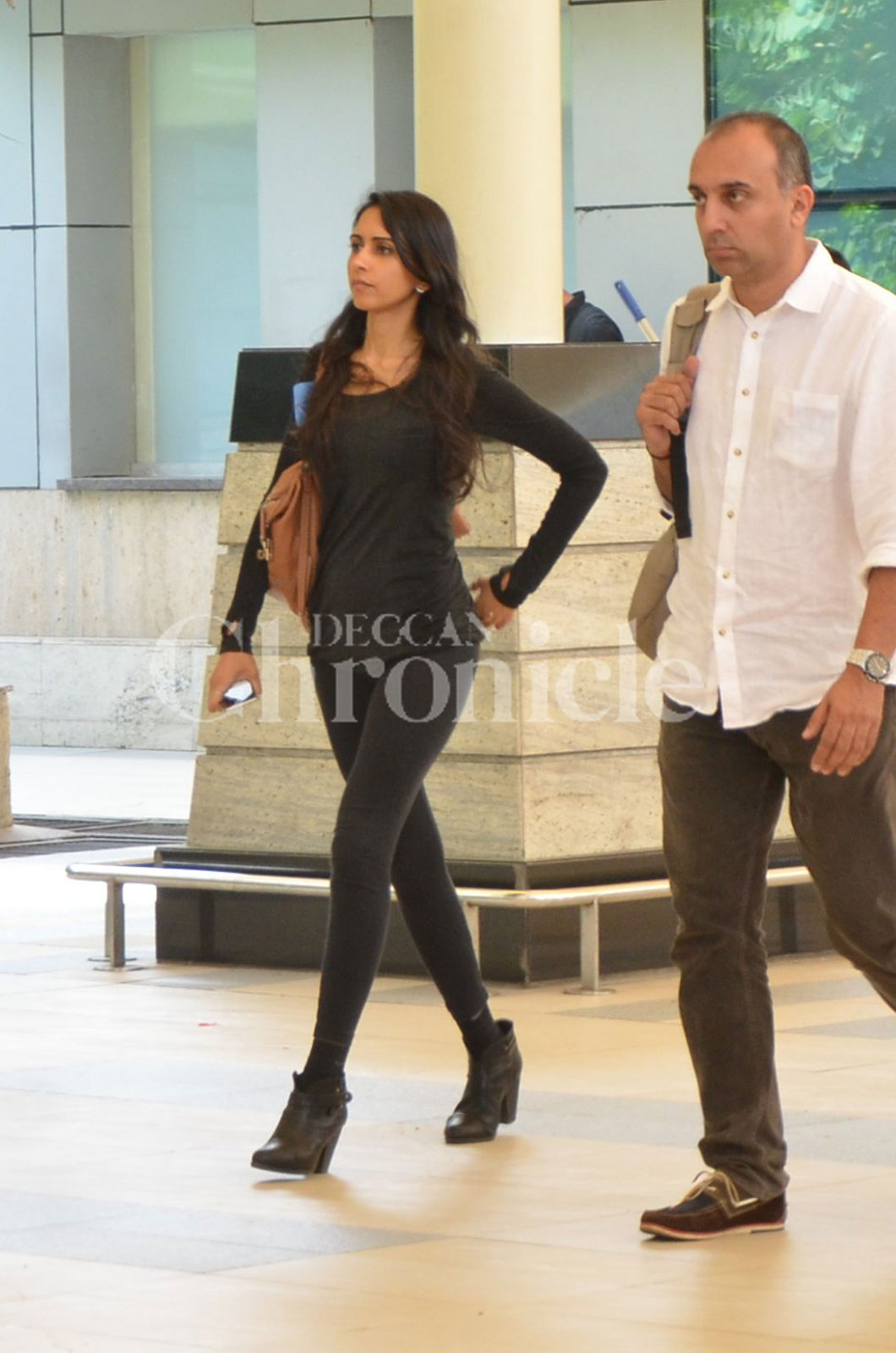 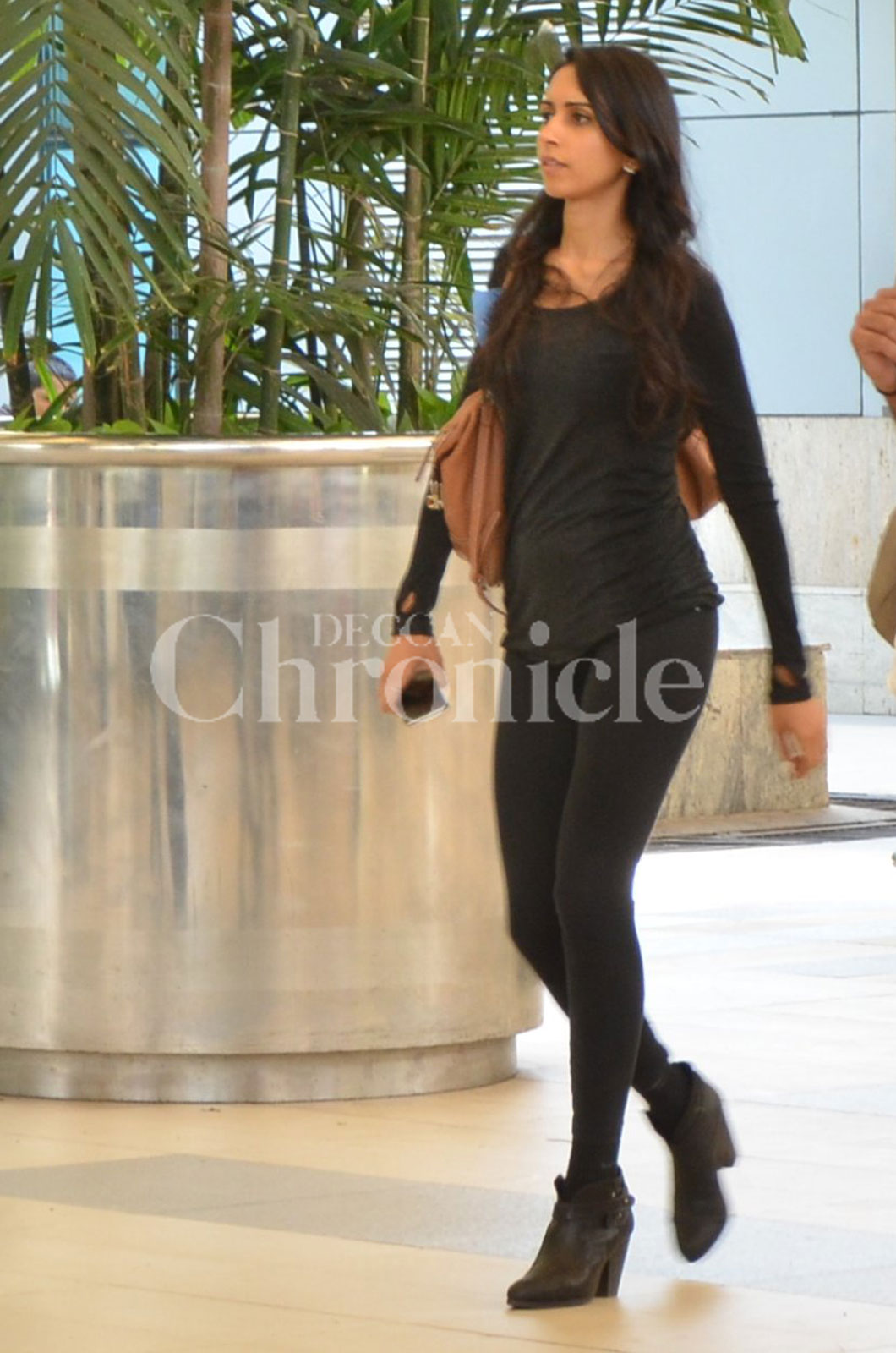 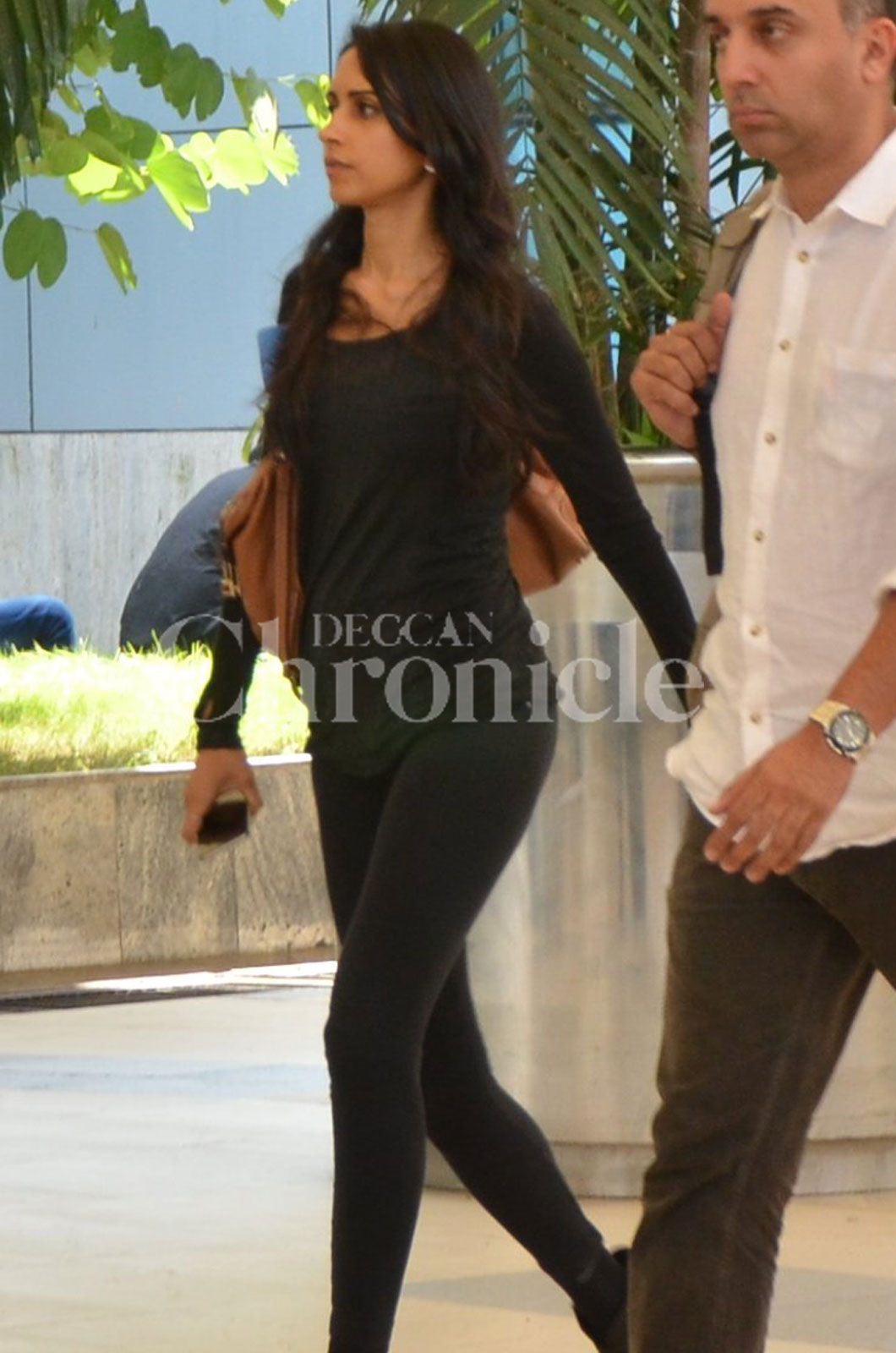 Also seen at the airport, was actress Esha Gupta, who will be seen in ‘Hera Pheri 3’. Reports state that she will be making an appearance in Shahid Kpoor-Kangana Ranaut-Saif Ali Khan’s ‘Rangoon’. 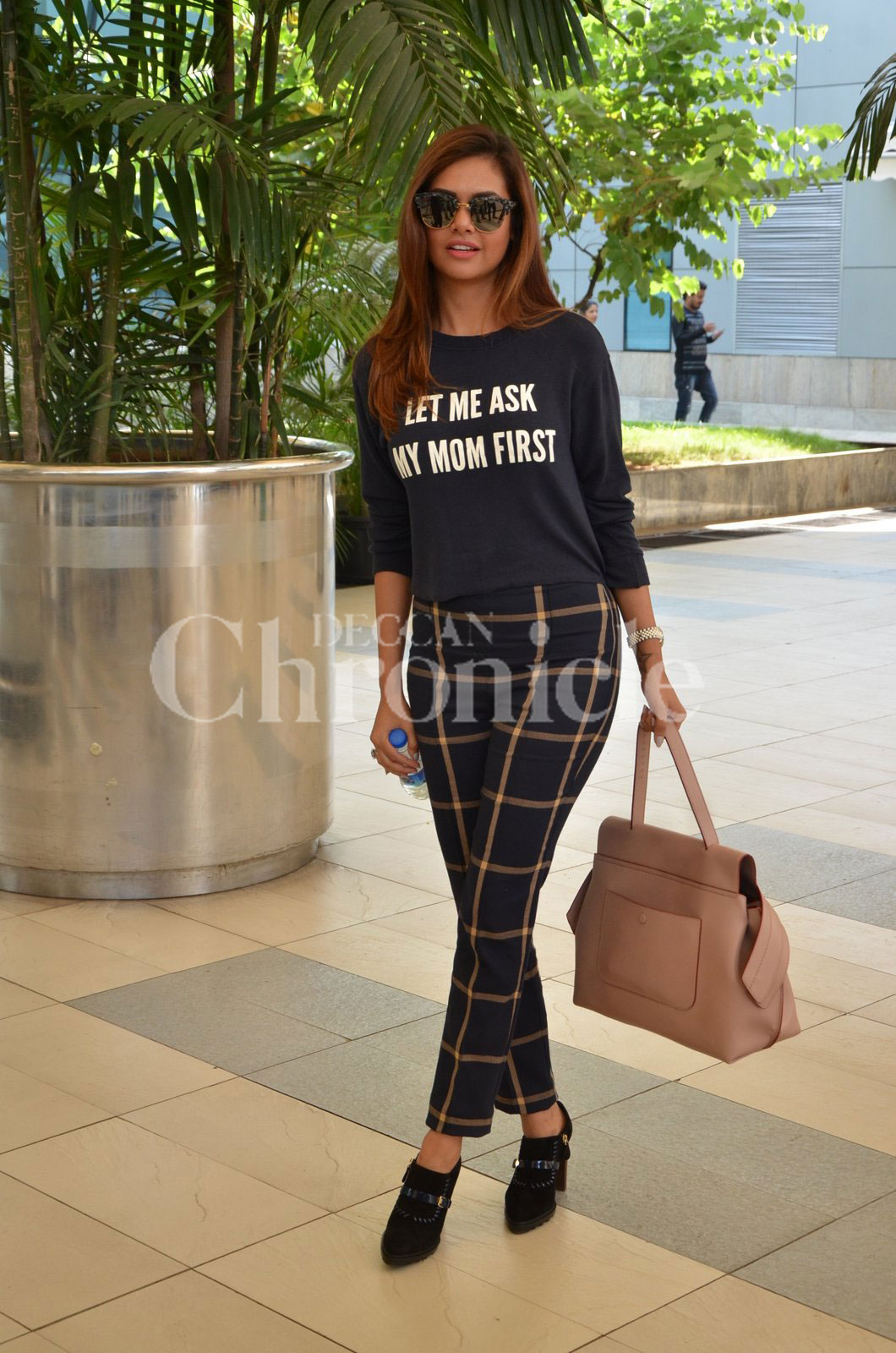 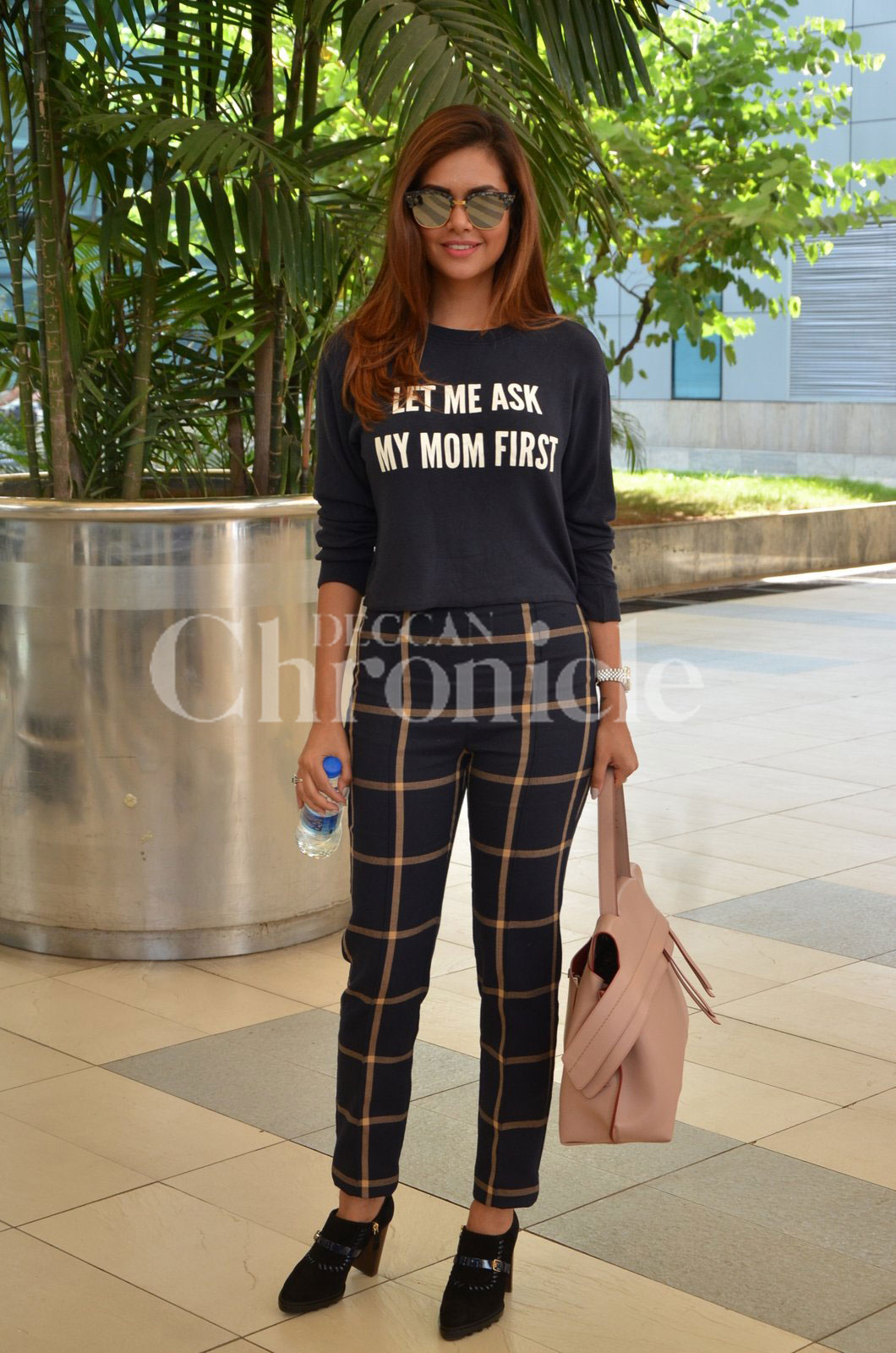 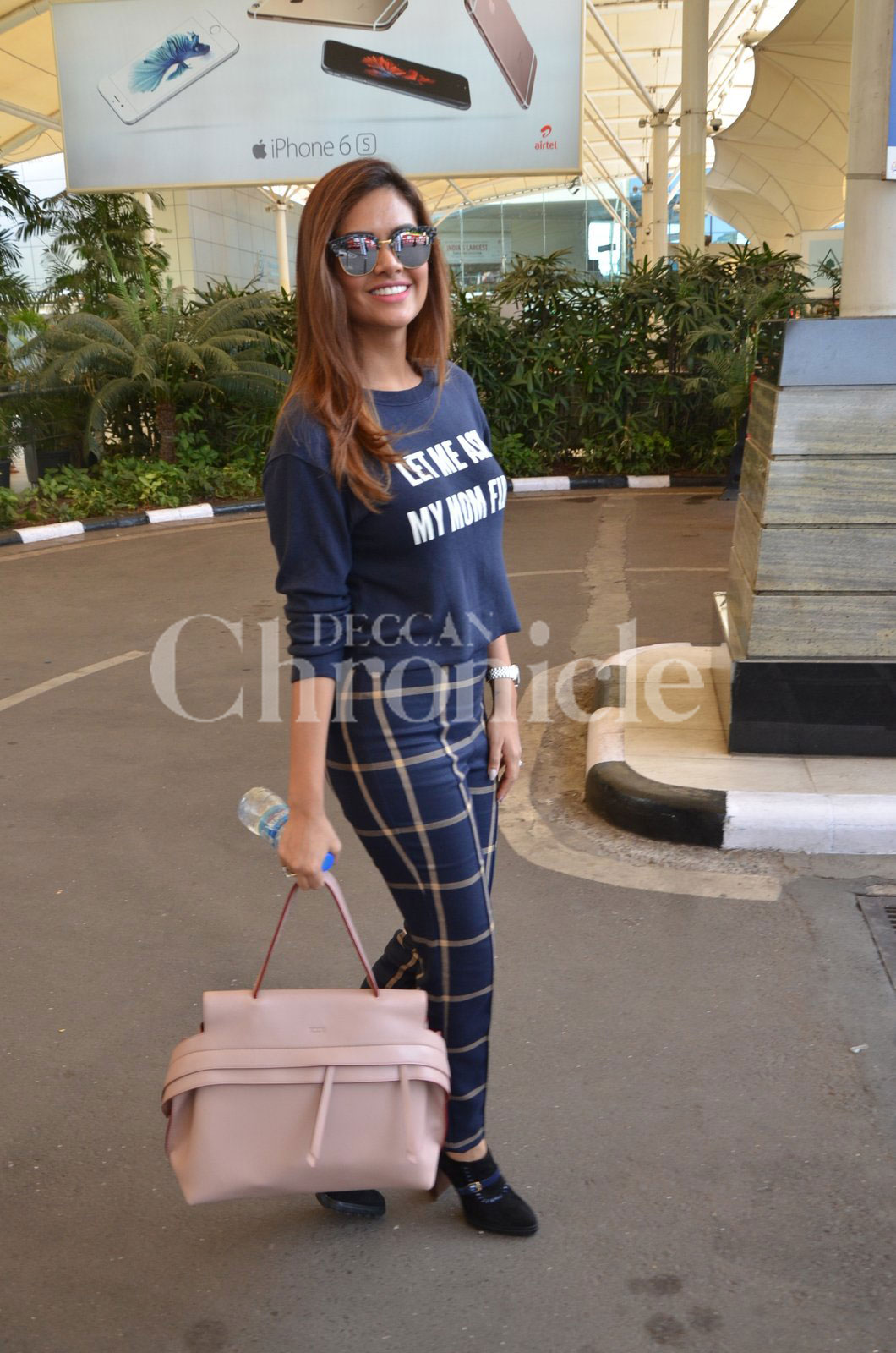