Mumbai: Bollywood actor Tiger Shroff, who is currently busy with his upcoming film ‘A Flying Jatt’, was snapped while shooting an action scene for the film.

In the action scene, we see Tiger taking some heavy punches from the villain on his chin. Dressed in his blue super hero outfit and with his mask on, Tiger surely looks pretty comfortable in his zone. The man, who is seen dropping some heavy kicks and punches to our Bollywood star, is none other than Australian power-lifting champion and actor, Nathan Jones. The actor was previously seen as the super villain in Tom Hardy starrer film Mad Max: Fury Road. 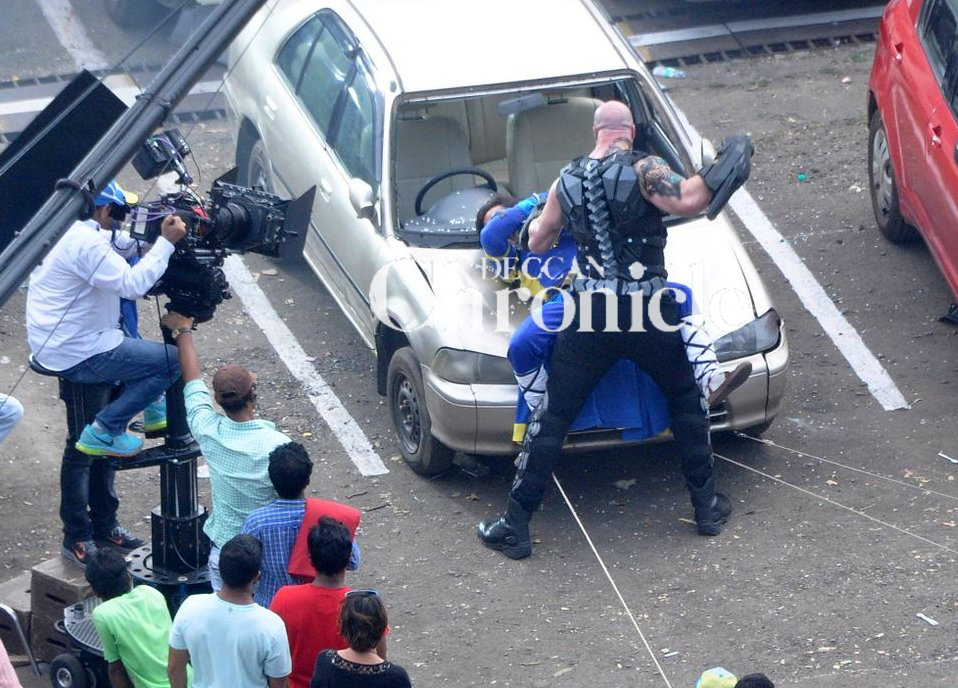 Earlier seen as superheroes, Hrithik Roshan and Shah Rukh Khan have surely made the space for sci-fi genre in Bollywood films. The list is now joined by one film old, Tiger Shroff, who set the bar high with his impeccable action and dance moves in his debut.

Actor is all set to wow the audience in his next ‘A flying Jatt’, which is being directed by Remo D’souza.

From Majnu to Dawood

Salman Khan rushes to announce next