Check out: India stay at second spot in ODI rankings

In the T20 list, India are placed at the sixth spot with Sri Lanka leading the race with 126 points. (Photo: PTI/AP)

Dubai: Notwithstanding their ODI loss to South Africa in the five-match series, India continued to stay firm on second spot in the latest ICC rankings. The Mahendra Singh Dhoni-led side, which lost a closely contested series 2-3 before heading into the Test matches, were 13 points behind leaders Australia (127 rating points) in the ODI table. 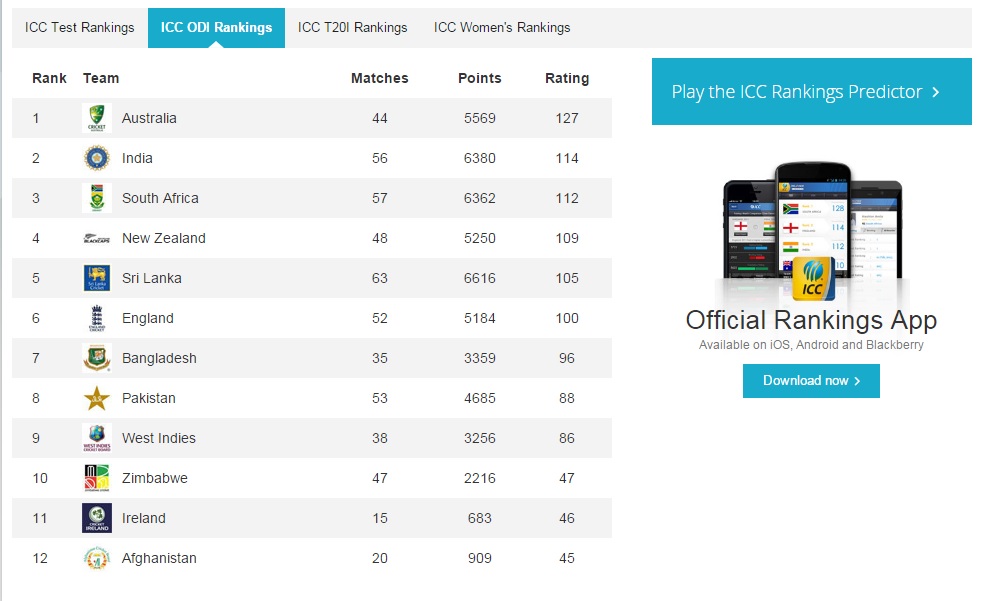 South Africa though are not far behind from the Men in Blue with 112 points in their kitty.

Meanwhile Pakistan, who resume their one-day rivalry against sixth-placed England on Wednesday with a four-match series are lying at the eight spot. 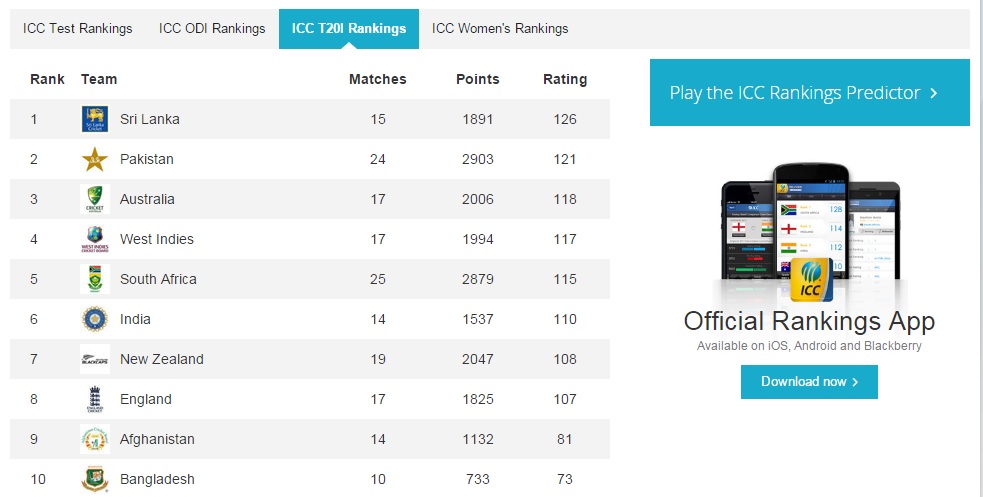 In the T20 list, India are placed at the sixth spot with Sri Lanka leading the race with 126 points. With the T20 World Cup round the corner, the rankings in the shortest formats will be closely watched as Lanka are involved in a two-match T20 series against West Indies, who are placed fourth behind Pakistan (2) and Australia (3).

■We have not performed to our potential, bowlers have stepped up: Virat Kohli
■Patience required to play five days is not there in the players any more: Sunil Gavaskar
■Video| 3 Indian Test cricketers remembered for solid comebacks
■Mahendra Singh Dhoni keen to buy IPL team