Mumbai: After Hrithik Roshan and Shah Rukh Khan, newbie Tiger Shroff has joined the list of Bollywood superheroes. Directed by Remo D’souza, produced by Ekta Kapoor, ‘A Flying Jatt’ is all set to fly high. Tiger will be seen as a sikh superhero in the film.
The film deals with the subject of good versus evil. Interestingly, Nathan Jones of Mad Max fame will play the evil in the film. In fact, he flew down to India to shoot his part early this month. Makers have released the first look of ‘A Flying Jatt’.  Tiger is seen in a sikh superhero avatar whereas Nathan is set to perform high octane evil action in the film.

Is it a bird? Is it a plane? He is a A Flying Jatt! Check out the #AFlyingJattFirstLook ft. @iTIGERSHROFF. pic.twitter.com/m7qD6TQe0D 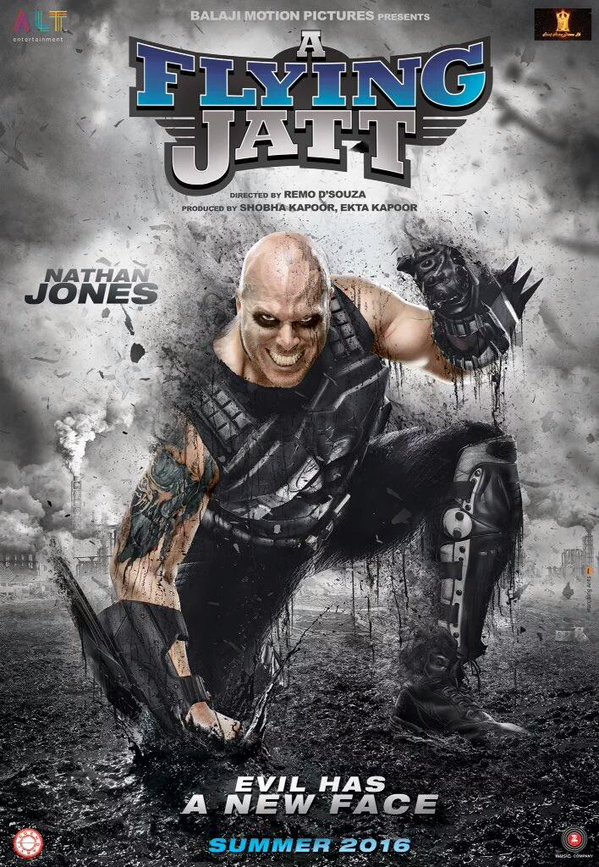 Poster might recall you of Krrish, it will be interesting to see how this film will stand out from ‘Krrish’ and ‘Ra.One’ which dealt with the same subject. Jacqueline Fernandez will be seen playing the love interest of Tiger in film. The film is slated to release in June 2016.
...
Tags: bollywood, entertainment, nathan jones, tiger shroff

Remo, Tiger and Jacqueline promote A Flying Jatt in The Kapil Sharma Show